Woman whose lingerie was stolen by Dennis Bowman: 'I think I was next on his list' 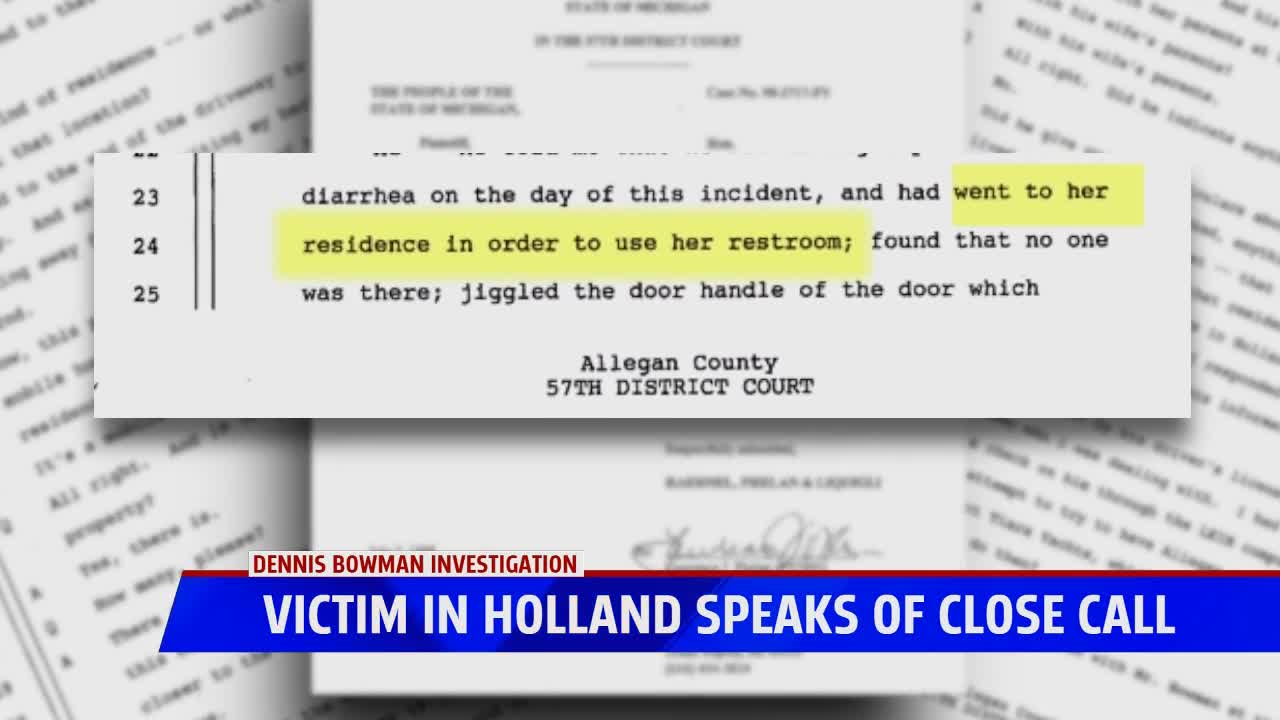 ALLEGAN, Mich. — A woman targeted by Dennis Bowman, a man who has allegedly confessed to killing his adopted daughter, fears she was "next on his list."

Bowman is charged in the murder of Kathleen Doyle, a woman killed in 1980 near Norfolk, Virginia. Bowman's adopted daughter, Aundria Bowman, was reported as a runaway at 14-year-old in 1989. No one has seen her since.

According to Aundria's biological mother Cathy Terkanian, she gave her up due to pressure from family since she was a teen mom. Years later, she began looking for her daughter and discovered Aundria had gone missing. She continued to pressure police to find any trace of the girl. Terkanian says detectives told her Bowman confessed to killing Aundria and eventually led detectives back to the Bowman household, where they found human remains last week.

In 1998, Bowman was convicted of breaking and entering Vicki Vanden Brink's home, located about a mile away from the Bowman residence.

"It was a pretty scary time," said Vanden Brink, who met Bowman in the 1990's while working together at the same department at a Holland business.

Coworkers nicknamed him 'Hack and Scratch' because "he was always hacking and scratching himself. He was a disgusting man. He really was. Once you got to know him, he was just creepy."

Vanden Brink says Bowman broke into her home twice a week for about two months or longer.

"He was breaking my doors, my windows, cutting the bottoms of my blinds, the two bottom ones so he could see in my bedroom," said Vanden Brink.

Police set up a silent alarm and discovered Bowman at Vanden Brink's home, who told a state trooper at the time he was using the restroom.

Later, Bowman admitted to breaking into the home and stealing multiple items of lingerie that belonged to Vanden Brink. According to court documents, the items were inside a duffel bag along with a shotgun and black mask.

"I'm really thankful I am still here because I think I was next on his list."

Bowman was sentenced to pay restitution for damage to the home and spent about a year in prison. While she received justice right away, she wonders why it took police so long to connect Bowman to Kathleen Doyle's murder in Virginia and his own adopted daughter's disappearance.

"I’m just so thankful that they finally got him off the streets and he can do his time," said Vanden Brink. "He had a lot of freedom to have fun with his life, ya know what I mean and not pay for the price. He’s 70 years old now and I hope he spends the rest of his life in prison. "

The Allegan County Sheriff's Office is still working to identify the human remains found on Bowman's property. No charges are expected in that case until they receive the results of an identification.