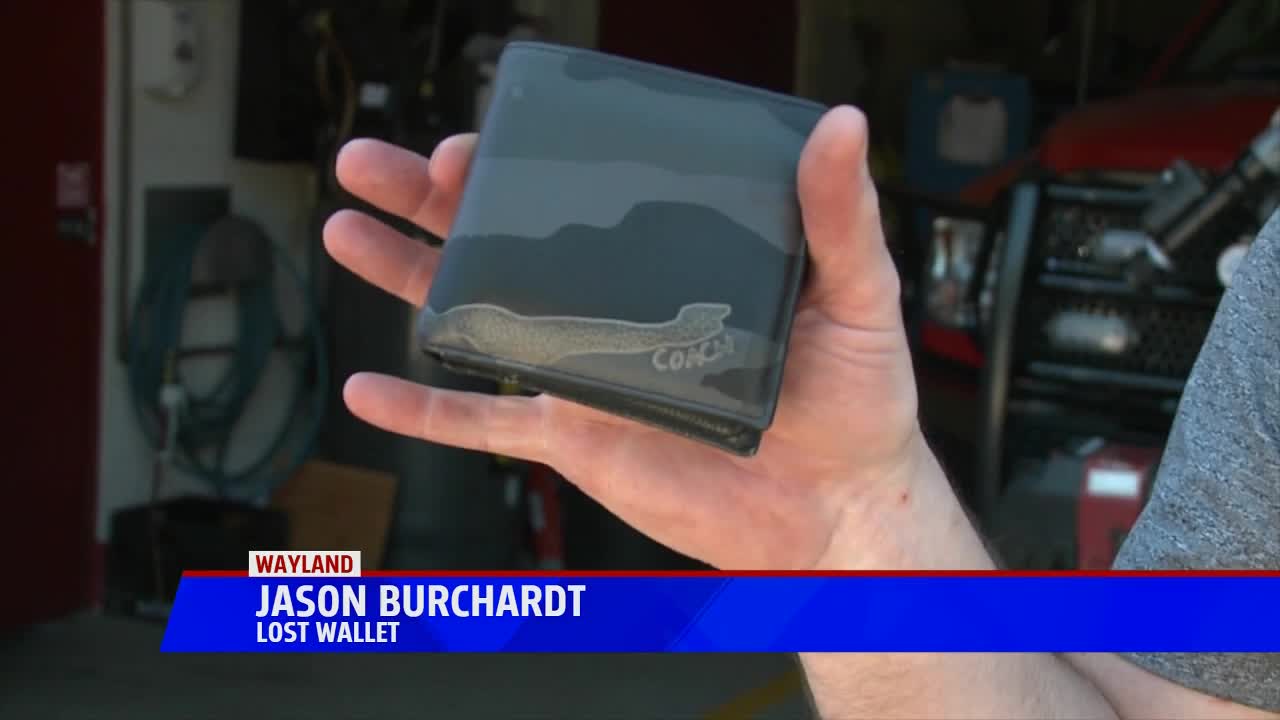 WAYLAND, Mich. — We’ve all been there – you reach for your wallet and realize it isn’t where you left it. Misplacement has been the bane of wallet-carriers for as old as they are. Jason Burchardt of Hopkins was a victim of the phenomena this week when he met a friend for lunch in a Hopkins park.

“We sat in the pavilion at the table and we ate lunch, and then got up and left,” said Burchardt. “I had no idea my wallet was even missing. No clue.”

Until an Allegan County Sheriff’s deputy knocked at his door, wallet in hand.

Turns out, after Burchardt left his wallet behind, the right two teens had come along.

14-year-old Logan Mishoe and 13-year-old Austin Nichols were taking cover in the shade on a hot day.

The boys searched around inside for an ID or a number to call but found nothing but cash, and no small amount. Inside the wallet was close to $550.

The boys decided to get the attention of the deputy, who later returned the wallet to Burchardt.

“It’s not the norm,” Burchardt said. “Many people today would just take the money and run with it.”

In the end, Burchardt ended up giving the boys $50 for their integrity. An admittedly proud Wayland Police Chief Mark Garnsey also named them Walyand Police Citizens of the Day.

“These are all our kids and when they do the right thing like that I’m about as happy as the parent,” said Chief Garnsey. “It’s a tough spot right now for all of us and to be able to share this with the community – I’m proud that our citizens acted this way.”

“It’s super easy to do the right thing when someone is standing there and sees you do it,” said Burchardt. “It’s a whole other level of integrity when no one knows what you’ve found and what you have, and you still do the right thing.”