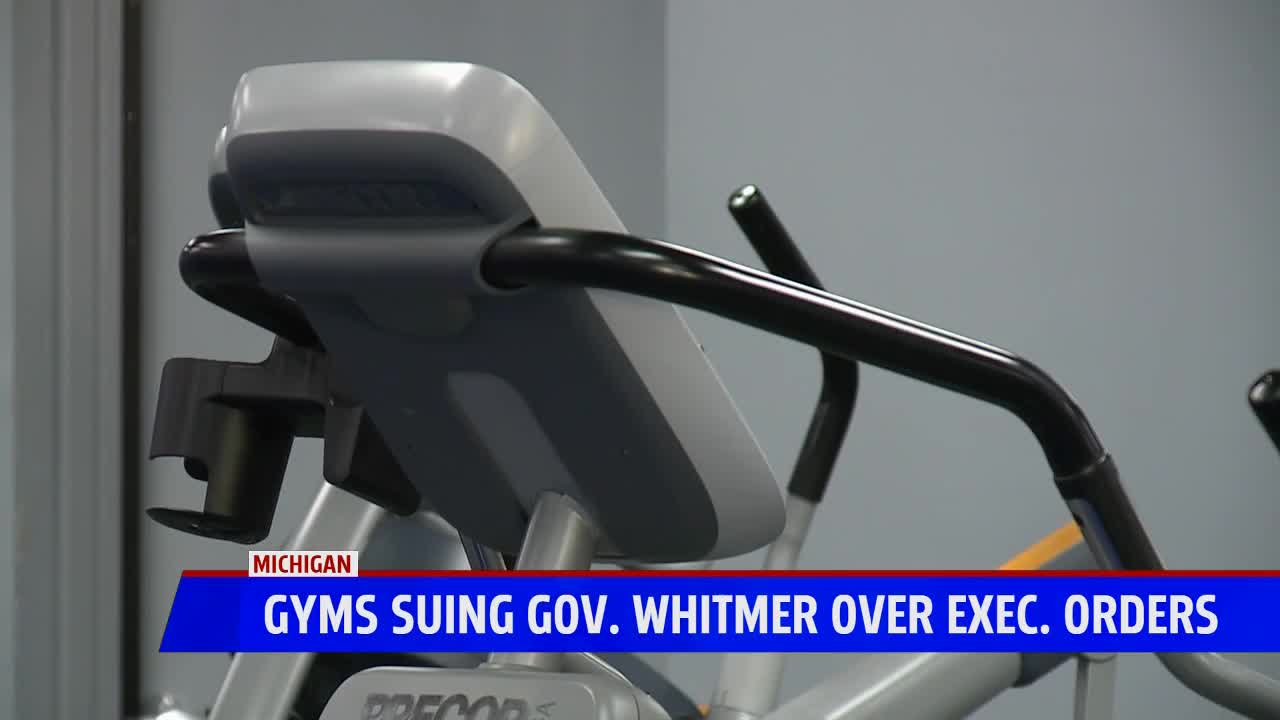 Michigan gyms are suing Gov. Whitmer and Director Gordon over the stay-at-home order

LANSING, Mich. — A West Michigan gym owner is explaining why he and several other Michigan fitness facilities decided to file a lawsuit against Governor Gretchen Whitmer and Michigan Department of Health and Human Services Director Robert Gordon.

His gym has been closed since March 16, when Whitmer ordered them to shut down amid COVID-19 concerns.

“The longer it lasts, the more obvious the effect is,” said Fuhrman.

However, he hopes that will soon change.

Fuhrman is one of eight plaintiffs representing 165 gyms across Michigan that filed a lawsuit Friday against Whitmer and Gordon. Another fitness center in Kent County and one in Ottawa County are also listed as plaintiffs.

The nine-count complaint argues Whitmer’s executive orders and Gordons emergency order and emergency rule, that says violations of it will result in a misdemeanor, interfere with the gym owners’ rights under the United States Constitution and state law.

“[For example,] the privileges and immunities clause, is a clause in the Constitution and one of the things that it says [is], ‘The citizens of one state, shall enjoy the rights of the citizens of the other states,’” said Scott Erskine, the attorney representing the fitness centers. “In all of our border states, the gyms are open. In Michigan, right now, you can’t have a gym and that’s been taken away.”

Erskine says the gyms took this step after requests to meet with Whitmer went unanswered and the state failed to provide additional information on their claim that people breathe harder and sweat in gyms which is why they can’t open.

He adds his clients all agree gyms needed to be closed at the start of the pandemic, but now feel they should be open because of the physical and mental health benefits exercise could provide as well as the gyms’ abilities to properly follow safe guidelines.

“They’re starting to feel desperate because these are businesses that they’ve spent years building,” said Erskine.

There’s no hearing date at this time, but Erskine says the defendants’ attorneys accepted the lawsuit Tuesday and it should move through within the next few weeks.

Erskine says additional gyms will be added in an amended complaint on June 1.

Fuhrman believes it’s a step in the right direction.