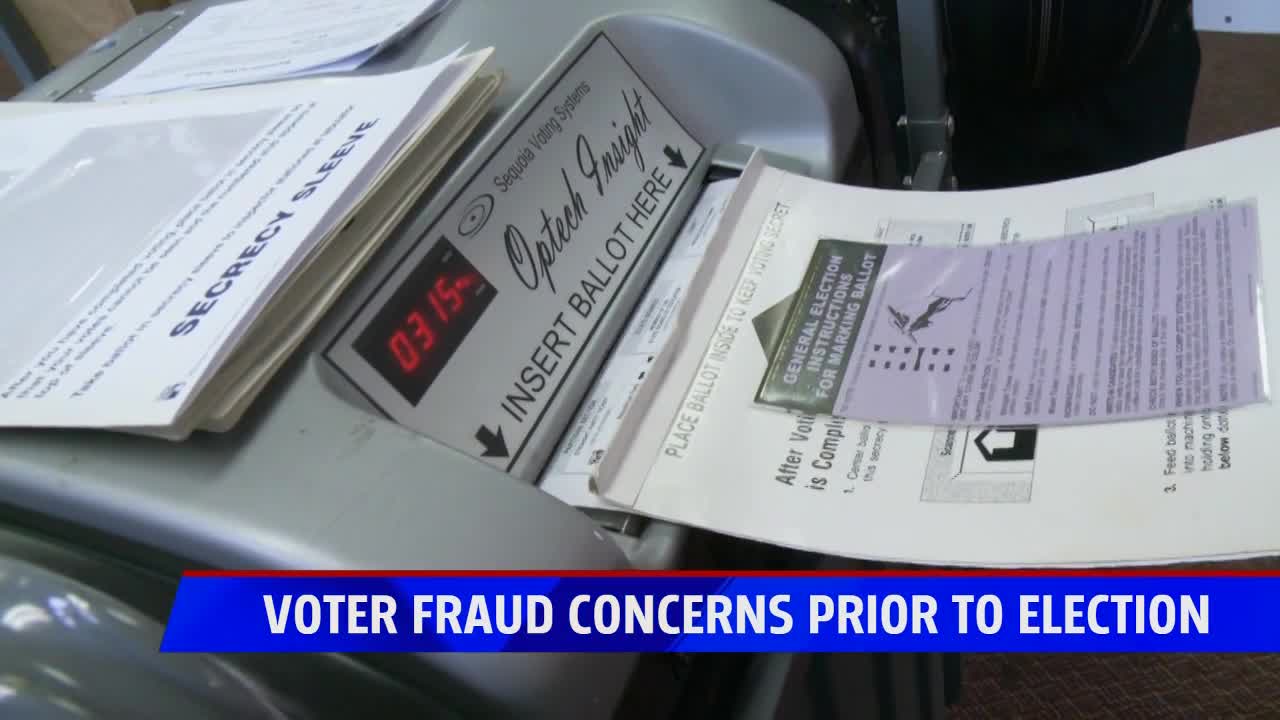 “You’re sending out hundreds-of-millions of universal mail-in ballots,” the president said in a press conference from the White House on Thursday. “where are they going? Who are they being sent to?”

The president’s comments follow weeks of tweets, claiming that mail-in voting – made even more widespread this year due to coronavirus – will encourage fraud and corrupt results.

“2020 will be the most INACCURATE & FRAUDULENT Election in history…” said a tweet from the president’s personal Twitter page on Thursday, hours before his press conference.

“Delay the Election until people can properly, securely, and safely vote???” the Tweet went on.

With Universal Mail-In Voting (not Absentee Voting, which is good), 2020 will be the most INACCURATE & FRAUDULENT Election in history. It will be a great embarrassment to the USA. Delay the Election until people can properly, securely and safely vote???

In a Friday statement, the Kent County Clerk’s Office said:

“Delaying the election is not necessary. If election officials follow the law, Michigan will have a safe, secure, and fair election. In Kent County that’s absolutely the case and voters can be assured that their vote will be counted whether cast by absentee ballot, or in-person on Election Day.”

A Grand Rapids-based company recently developed a new software to help keep track of mail-in voting and several clerks in West Michigan have already said they’ll use it.

“We have some safety measures for absentee ballots, but we are not set up to be a mail-in voting state - that’s a very different thing,” said Michigan GOP chair Laura Cox in a Zoom call with FOX17 last week. “There are serious concerns around the state about fraudulent activity. We want to make sure we have secure, safe elections and that’s something we’re going to continue to talk about and fight against.”

Five states – Washington, Oregon, Colorado, Utah and Hawaii – all conduct their elections by mail-in voting. According to conservative think-tank The Heritage Foundation, those five states combined have only seen 34 convictions for elections-related charges since 2005.

Chris Gustafson, spokesperson for the Trump Campaign in Michigan provided FOX17 wit hthis statement when asked about the president’s suggestion to delay the election:

“Republicans have always supported absentee voting with safeguards in place and want to make sure every valid vote is counted and our elections are free, fair, and transparent. What we oppose is a rushed and forcibly implemented nationwide vote by mail experiment that would eliminate those safeguards, invite fraud, and weaken the integrity of our elections. There is a clear difference between what Democrats are pushing this cycle and a typical absentee ballot request process. Democrats are determined to remove every safeguard on absentee ballots that ensure the integrity of the process, and turn our election into an out-of-control all-mail based election.”