Assault happened while patient was waking from sedation 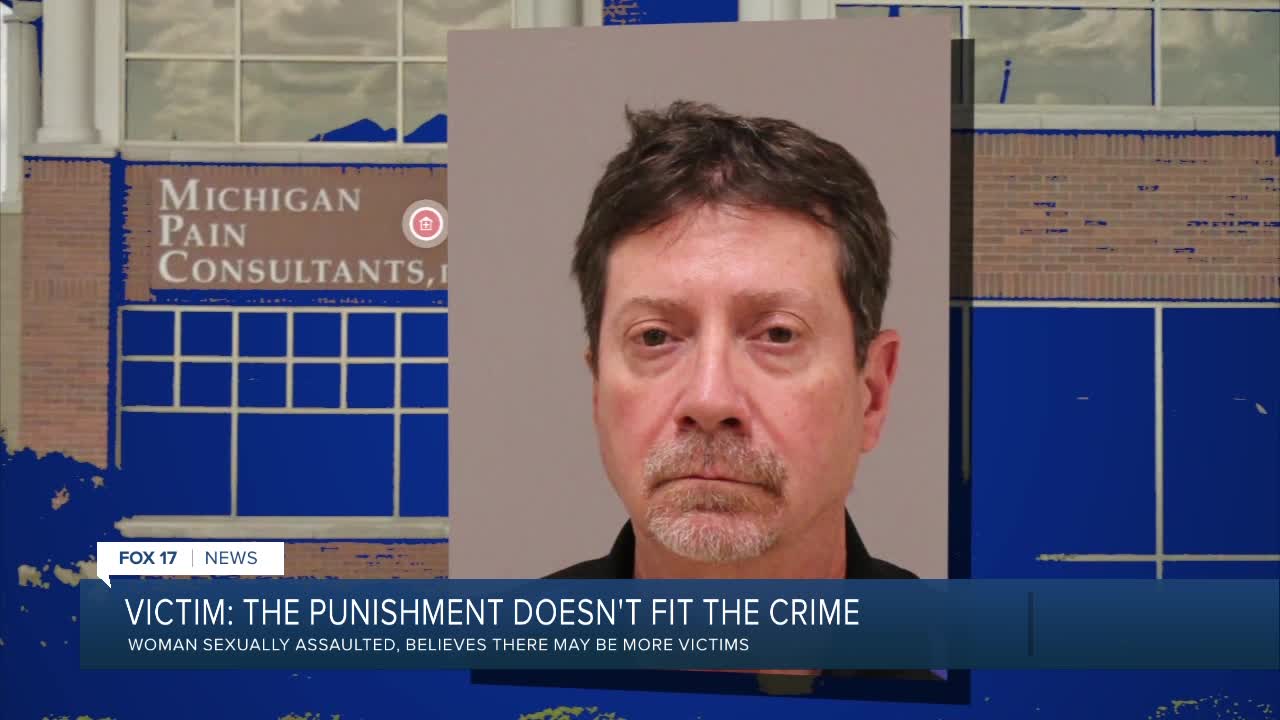 CALEDONIA, Mich — A mother in Caledonia is sharing her story of being sexually assaulted at the hands of a registered nurse.

However, she feels there are more victims out there and that Reynolds' presumed punishment, doesn’t fit the pain he’s caused.

Back on January 4th, 2019, the single mother of three was at Michigan Pain Consultants for a routine back injection. Gacek has been getting those injections for lumbar pain 4 times a year for the past 17 years.

The injections require sedation, so patients are moved to a different room after the procedure to recover, wake up, and have staff check their vitals before they go home.

During that visit on January 4th, 2019 though Gacek said everything was routine until she went into the recovery room. She tells FOX 17 News, that’s when things went very wrong.

“This new nurse came through, I hadn’t seen him before,” she said, “He introduced himself and he came back, there was nobody else present, he did touch me inappropriately and I did sort of second-guess myself, but then he did come back again and did even more inappropriate touching. So there was no question as to what was happening.”

According to an investigation from the State of Michigan Department of Licensing and Regulatory Affairs, nurse Randy Reynolds cupped and grabbed Gacek’s breasts and called here ‘honey,’ all while she was supposed to be sedated.

Gacek said, “In those moments, I felt very frozen and very scared.”

Gacek filed a police report and notified Michigan Pain Consultants on January 7th, 2019 and according to the group, Reynolds has not been an employee there since January 8th, 2019.

“It just made me very sick to my stomach to think that he was very aware of my state at the time and that he would think that I was not aware of what was happening.”

Reynolds has pled ‘no contest’ to one count of fourth-degree criminal sexual conduct and will be in court for sentencing Wednesday.

“The prosecuting attorney and the detective labeled him as an opportunistic predator,” Gacek said.

It’s a label that may be fitting.

The same LARA investigation shows that Reynolds was fired from Mercy Health Saint Mary’s in 2017 for inappropriate workplace behavior. The report also details several instances starting in 2018 at Michigan Pain Consultants where patients were uncomfortable with Reynolds’ behavior and at least two instances where he tried to grab patients breasts. One of those patients was 81 years old at the time.

Gacek said, “I would just think of this little Grandma who was victimized. Who would do that to an 82-year-old woman?”

Under sentencing guidelines according to the Kent County Prosecutors Office guidelines, Reynolds could spend a maximum of two years in prison; a punishment Gacek said doesn’t fit the crime.

“He hurt people, a lot of people and I think more justice needs to be doled out,” she said.

Gacek said that giving a victim impact statement will bring her and her family some closure and hopes any other potential victims of Reynolds will feel empowered by her story.

“I would hope that they would feel calm stronger because I am standing with them,” she said.

She said as hard as it is to say and talk about out loud, there’s power in our words.

“He chose people that he did not think would say or do anything and he chose incorrectly. He chose the wrong girl,” Gacek said.

Reynolds is scheduled to be sentenced at 1:30pm in Kent County on Wednesday, October 28th.

He will have to register as a sex offender for 15 years and will lose his nursing license.

LARA suspended his license back in September, 2019.