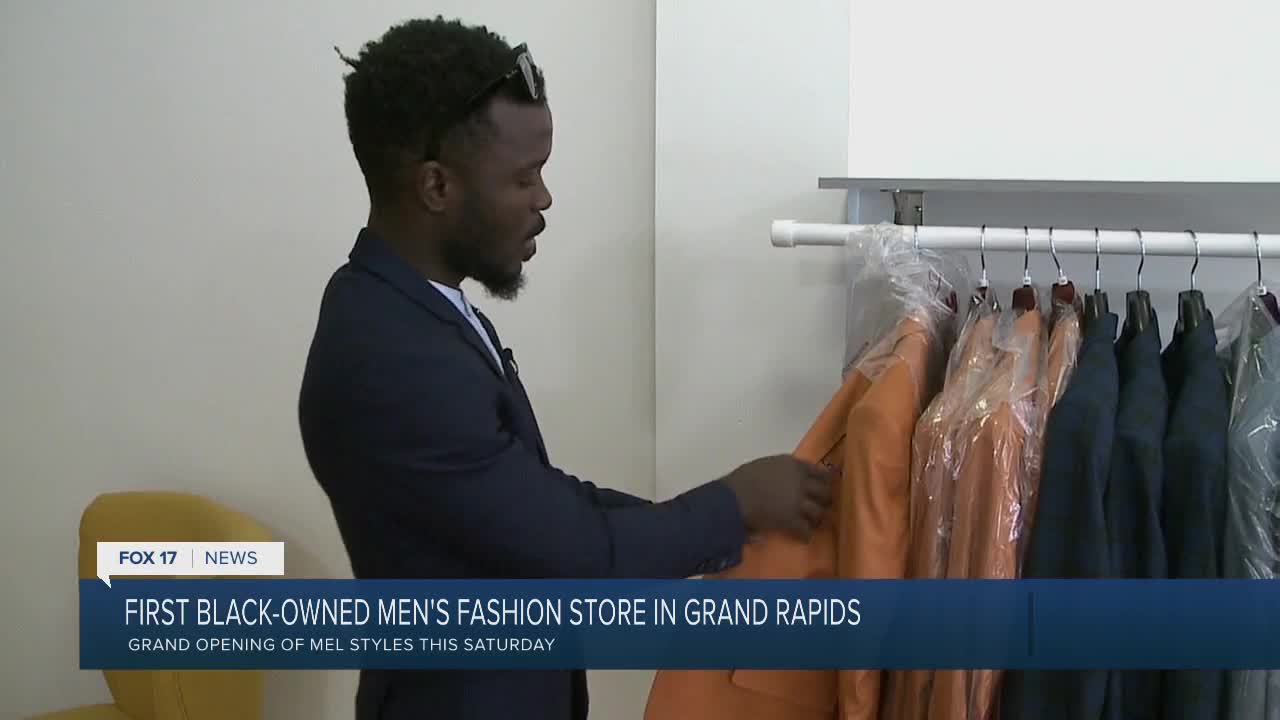 COVID-19 put things on hold for a bit, but for the Owner/CEO of Mel Styles, Archie Sudue, it’s years of hard work, finally coming together.

“Fashion is my passion, ” said Sudue.

He has a keen eye and a drive that not even a Pandemic can compete with.

Sudue said, “with COVID, I was like ‘Man I have to get back into survival mode now, instead of selling suits or making suits, I’ve got to go back to making masks and sewing masks.”

Mel Styles was supposed to open in July, so now Sudue is eager to show customers what he’s been working on at their location on South Division Ave., downtown.

“It’s a store for everybody,” Sudue saiud, “It’s a diverse environment where you can come in here and shop freely. You don’t have to worry about anybody walking behind do you or anything like that.”

Sudue moved to Grand Rapids about 14 years ago, but his roots in Liberia, West Africa set him on a natural course in the fashion world.

He said “In elementary school and high school, my friends back home would see the pants and be like ‘Oh Archie, I like that,’ so I started selling that.”

The road has been full of twists and turns however. Sudue was planning to become a civil engineer, but then switched to working in retail, making less than his co-workers, but wanting to absorb as much as he could about men’s fashion.

“We’ve got to start working to learn instead of just working for money. Work to learn because when you learn a trade, you become an owner,” he said.

Mel Style offers ready-to-wear and custom suits at a competitive price. They’ll also have shoes, bowties, ties, and a full line of accessories.

“This store is for anybody looking to own a suit instead of renting, because instead of you paying $250 to rent a suit you can actually take pay $250 to own a suit,” he said.

Sudue said that the suit is about so much more than how it looks.

“It’s more about having confidence in yourself and getting out of your comfort zone,” he said.

The gravity of opening the first black-owned shop of its kind in the area, isn’t lost on him.

Sudue said, “I want young men like myself to feel inspired, inspired by what I’m doing because if I can do, it they can do it.”

the store’s grand opening is this satuday, from 3 to 7pm at 315 South Divinsion Ave.

Sudue participated in Spring GR and Start Garden competitions. His idea was one of the winning pitches.