Suicide numbers could rise by 32% 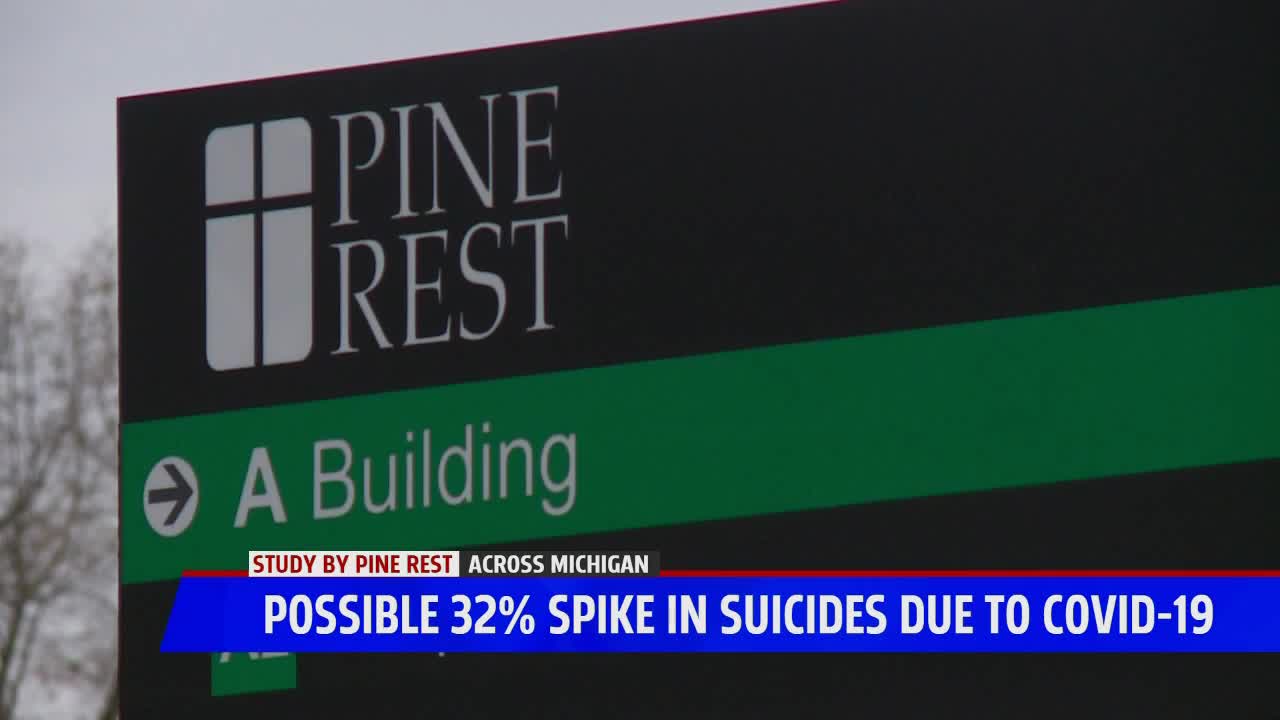 GRAND RAPIDS, Mich. — Pine Rest has been working on this research now for over a month - with that big takeaway being a 32% increase.

That number coming from research based on previous epidemics such as the 2003 SARS outbreak combined with other factors we know many are facing.

“Every factor that increases suicide in our country is happening with COVID-19. So, economic downturn; check. Unemployment; check. Isolation; check. Insomnia; check. Alcohol sales have skyrocketed. Skyrocketed substance abuse increases suicide. The list goes on and on.”

Pine Rest Vice President Bob Nykamp is worried - about the future and the unknown - especially for those considered high-risk such as healthcare workers, surviving caregivers and those who have pre-existing mental health illnesses.

“Our research was really statewide, so we took the entire state’s population data to help us analyze what is the meaning for Michigan.” Nykamp told FOX 17.

Consider this - some suicide crisis hotlines nationwide have seen a 300% increase according to Pine Rest. This type of data leading them to come up with an expected 2,000 deaths by suicide.

“We feel this weight on our shoulders. Because we know that we're not prepared in the state. …But we do have time to rectify that.”

Moving forward - Pine Rest believes action should be taken now to prevent suicide. The key? Making behavioral healthcare accessible and affordable -even if it means dropping co-pays — and offering tele-health options for those in more rural areas.

“There’s still there's still a stigma, for, for health care…that's carried in our country regretfully.” Nykamp said. “But when people do access care, it works. It’s evidence based, it works. And so, again, we just have to get the information out all over the state.”

If you want to access help and don’t know how - the first step is to contact your general practitioner - who can point you in the right direction.

“And actually, you're braver to seek care than you are to stay away from care. So, that's my encouragement,“ Says Nykamp.

Besides contacting your doctor - another step you can make is calling the national suicide hotline at the number at 1-800-273-talk (8255).