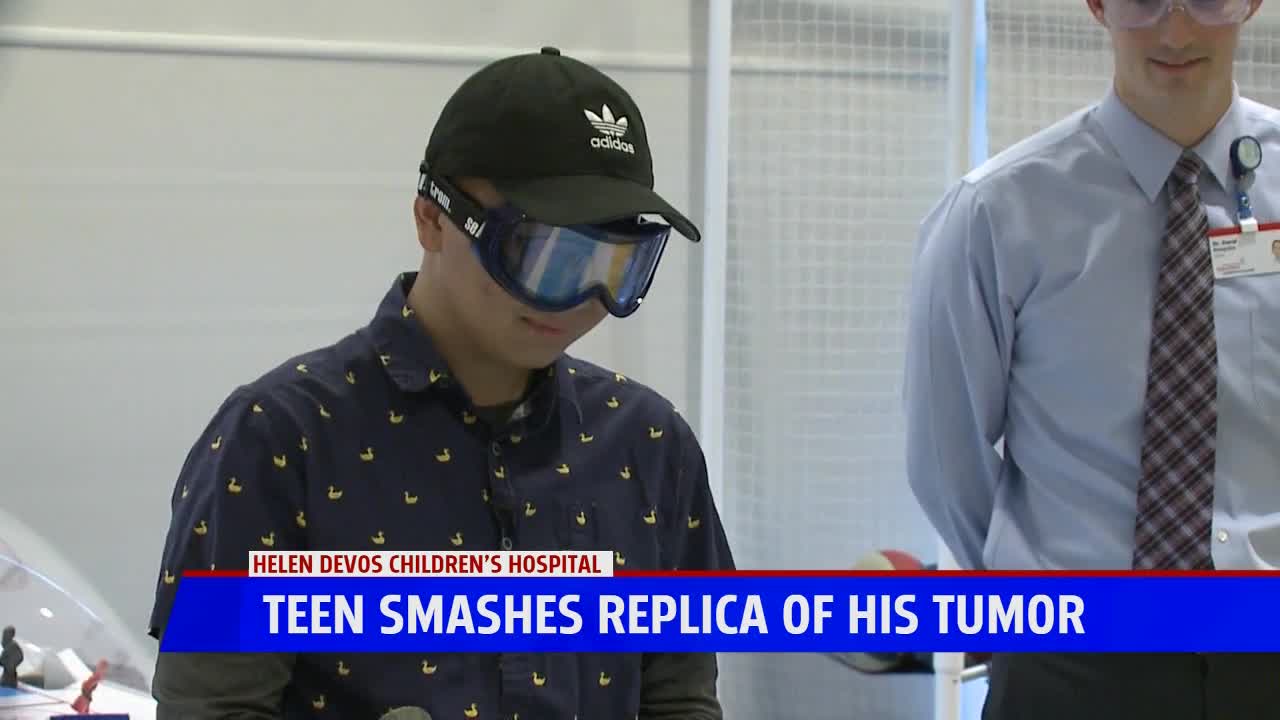 17-year-old Henry Dai was diagnosed with lymphoma, a cancer of the immune cells, in August. Over the past 6 months, he went through extensive chemotherapy, which ultimately shrunk and eliminated the tumor in his chest.

When Dai was officially declared to be in remission, doctors asked if he would want to smash a replica of the tumor.

"I guess it just seemed fun really," said Henry Dai. "That made me happy because I could inspire other people. So then they wouldn't lose motivation, if they're going through something similar to this."

The team at Spectrum Health and Spectrum Health Innovations made the replica out a thin material that would shatter easily. Engineers designed it for the special moment and used a 3D printer to bring it to life.

When Dai took a sledgehammer to it, it was destroyed with only a few hits.

"I think it's just great that I get this experience this feeling that I really beat cancer, but literally as well," said Dai.

Doctors, nurses and others who were apart of Dai's journey watched as it happened.

"To have this be a part of a really unique celebration of what he has accomplished and what he has gone through, it's been really fun for everybody," said Dr. James Fahner, Division Chief of Pediatric Hematology and Oncology.

Dai says that he wants to become a cancer researcher after this or eventually work in the medical field.