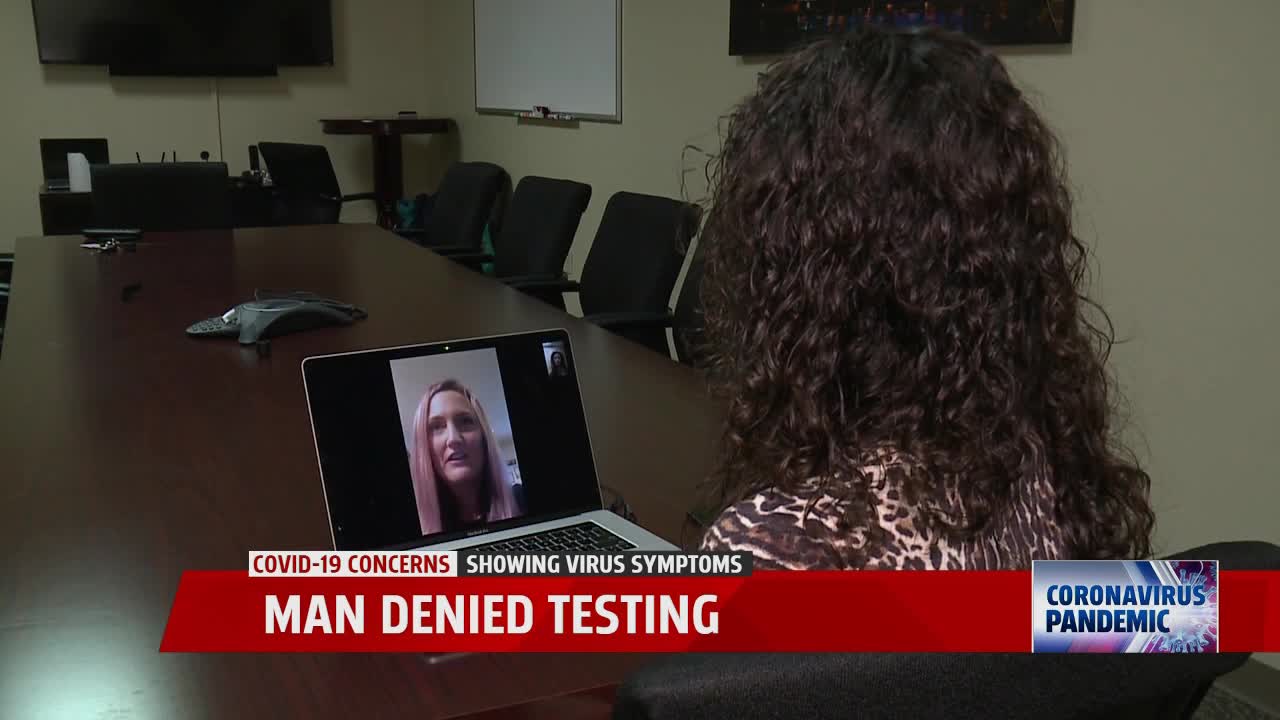 Tests for COVID-19 are so limited that only the most high risk patients can receive them.

Spectrum Health is offering screenings to every patient but limiting tests to those considered high risk: immunocompromised patients, pregnant women in their 3rd trimester, those in nursing homes or at risk of spreading them on mass scales, and those that require hospitalization.

“I understand that everybody really wants to find out why they're not feeling well,” said Dr. Josh Kooistra. “But testing right now is a limited resource, and we really need to save it for our most at-risk patients so that physicians and clinicians really can make the best decisions about their care.”

Medical professionals are directing those with moderate symptoms to stay home and self-quarantine.

“If we had testing available, we would love to be able to provide patients with that information,” said Kooistra.

Matthew Bailey is one of the many patients who has been denied testing, despite showing symptoms. Bailey has been off of work for the past week but is not considered a "high risk" individual.

“What they don’t tell you is that you can’t get tested. They won’t test you if you’re like a normally healthy person,” said Matthew’s wife Stacy Bailey. “I get that they have tests available for the high risk people, but what they’re not doing is preventing the spread because they’re not testing the individuals who are not going to stay self-quarantined because they cannot afford to.”

In Bailey’s case, he is using vacation time. If he received a positive test result for COVID-19, he could be entitled to sick leave. Stacy Bailey worries without a test result, he may not be entitled to future resources potentially allocated by the federal government for those missing work.

“So he’s eating up all his vacation, and the days that he needs to use his vacation are going to be unpaid now because you can’t get tested for the virus to get qualified for the two weeks to stay home while he’s sick,” said Stacy Bailey.

Spectrum asks patients with moderate symptoms who do not require hospitalization to stay home and self-quarantine.

Stacy says prior to her husband’s illness, she did believed the virus was as bad as it was made out to be. Her experience has changed her perspective.

“I will be the first to admit that we were the people that were like, this is being blown out of proportion,” said Stacy Bailey. “This is like not as serious, obviously if you’re sick just stay home. But then when it happens to you, it’s kind of humbling because you realize how important it really is and how much it really can affect your family. So I’ll be the first one to bite the bullet on that one, I was one of those people and it is serious.”

President Donald Trump said in a press conference Thursday that he heard things were “very good” on the ground, regarding test kits. He said he didn’t have an explanation for a gap in testing with thousands of kits available.

Stacy says she knows her husband is not alone and asks for more tests to become available.