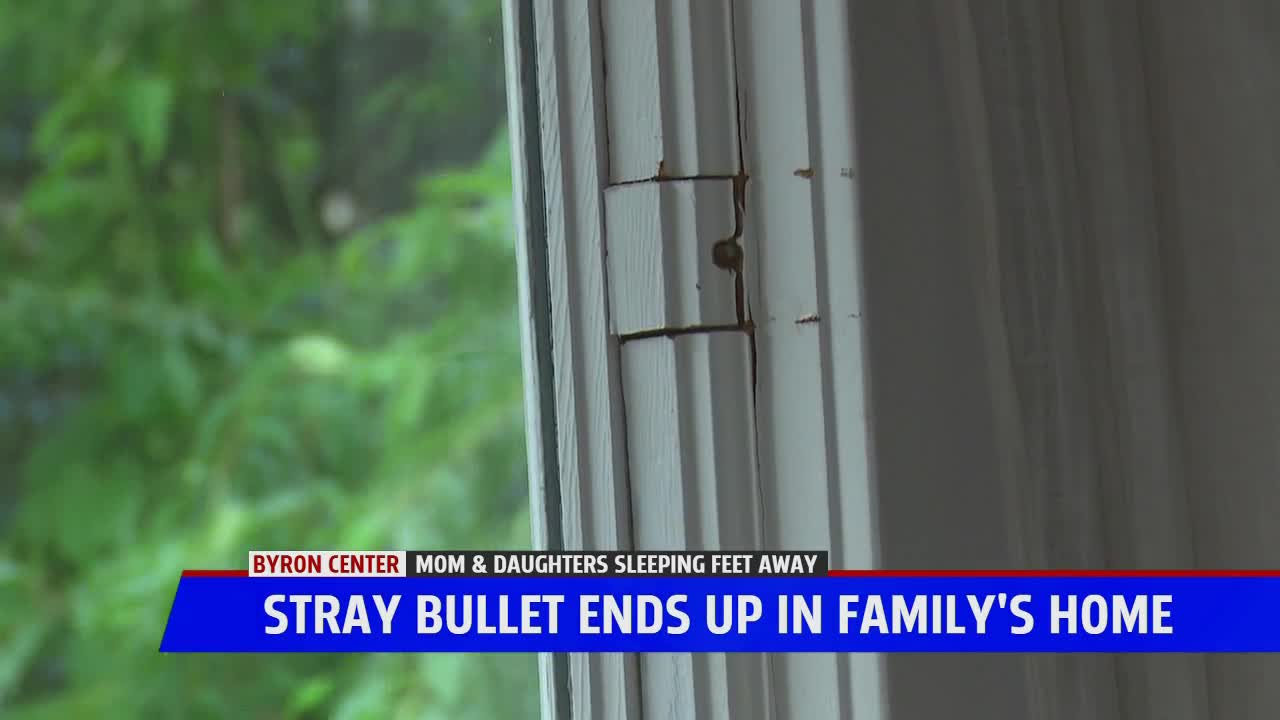 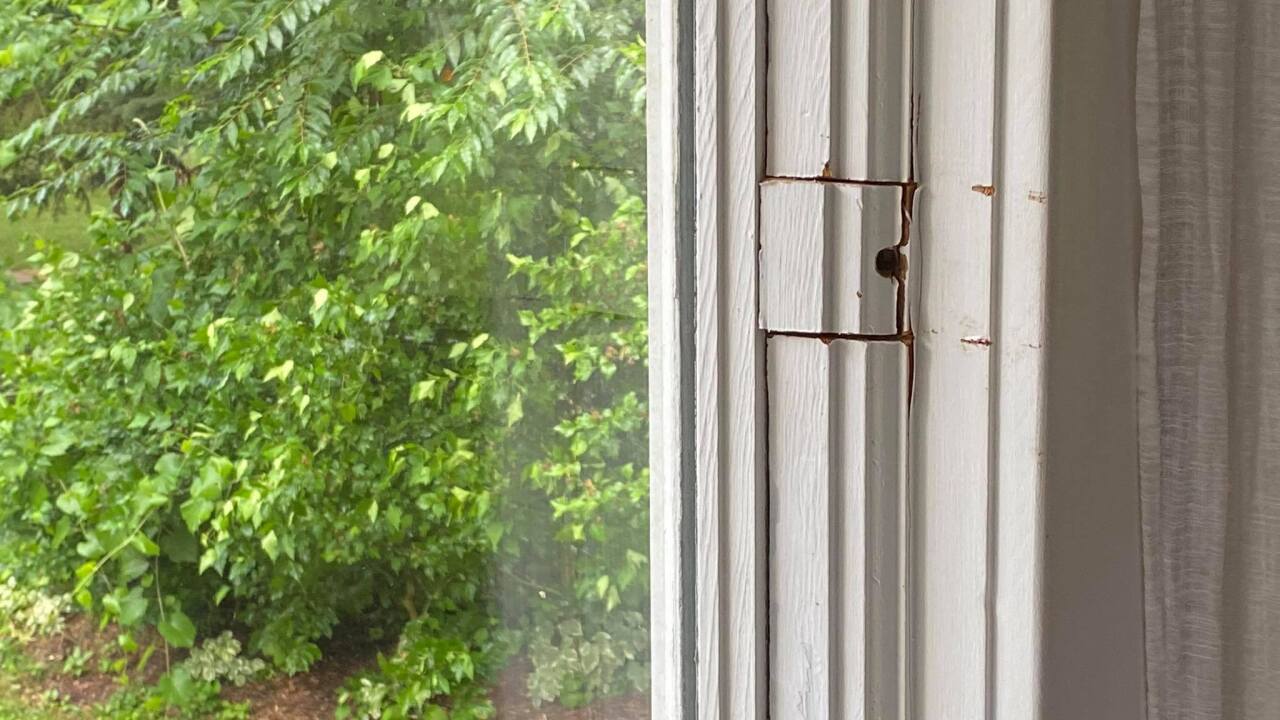 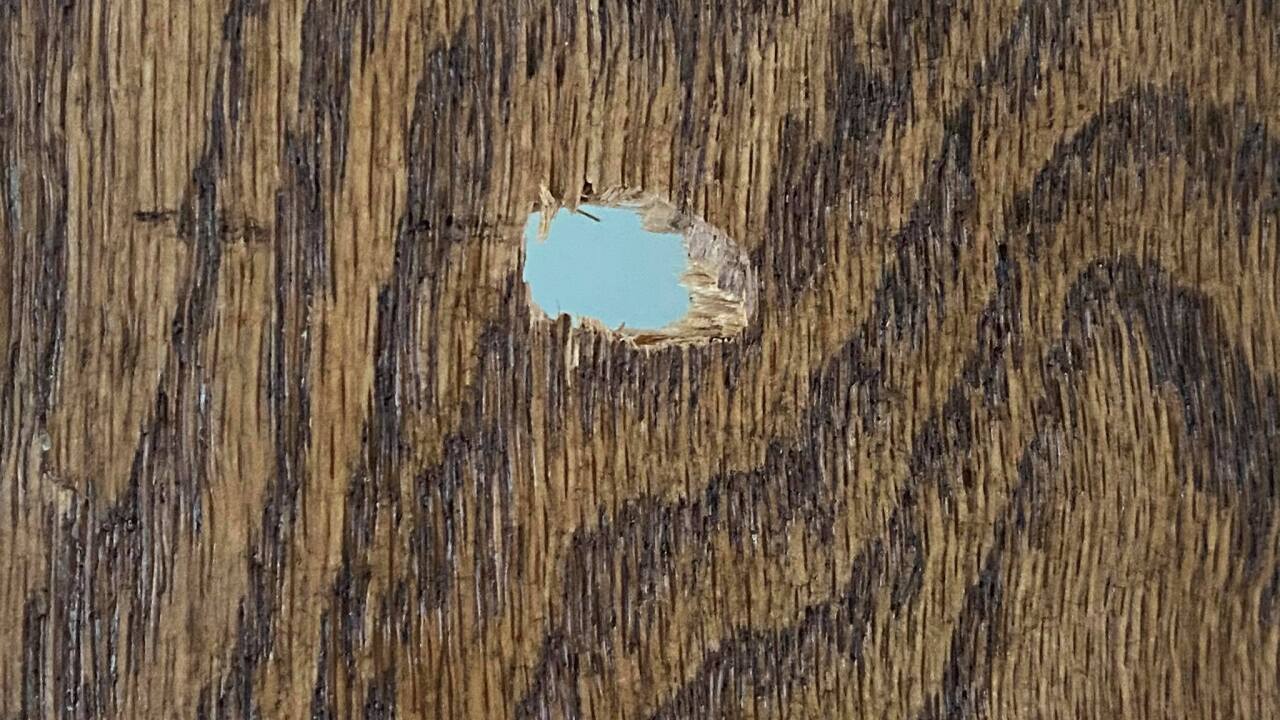 BYRON CENTER, Mich. — A Byron Center family is thankful to be ok tonight after a stray bullet went through two doors in their home.

It lodged in a window frame just feet away from where a mother and her two kids were sleeping.

Now they’re just trying to figure out where it came from and who was out shooting late last night.

They’re obviously thankful that no one was up and walking around at the time or hit by the bullet, because things could’ve quickly turned deadly.

“So you can see right here where the bullet entered the house,” Mylee Jenema told FOX 17 as she showed us the path a stray bullet took through her Byron Center home overnight just off 84th Street near the high school.

The bullet went through the kitchen door and then their bedroom.

She and her two young daughters, including an infant, were sleeping just feet below the bullet’s path.

Mylee didn’t hear it last night as the fan and air conditioning were both on high.

She didn’t notice anything until she woke up Thursday morning around 5:30 and saw light coming through the bedroom door.

“I said, ‘did you notice that there was a hole in the bedroom door, what happened?’ And he called me right away and he said ‘look for other holes because I happened to be working out in the garage last night and I heard what sounded like the whizzing of a bullet.”

“I knew that sound I grew up around guns,” said Derek. “I immediately thought it was coming from one of the houses that we butt up against. I figured a kid shot their air rifle, that was it.”

Derek didn’t think anything of it when he went back in the house.

It was dark, he didn’t turn on the lights, and because the girls were asleep he slept on the couch.

It was also dark when he left for work in the morning.

He didn’t even know a bullet hit their home until he got the text from Mylee.

“We’re so fortunate that it wasn’t worse and that nobody was seriously injured or killed by this bullet,” said Mylee.

They easily could’ve been because the bullet hit just inches away from their pillows.

“You know if I had in that moment, you know, had to tend to my infant, or my daughter needed to get up and use the bathroom or my husband was, you know, walking inside the house, all of those things go through my mind and it could’ve been much, much worse,” said Mylee.

“I mean if it would’ve been two feet lower it would’ve hit one of the girls,” said Derek.

That’s why the family is trying to find out where the bullet came from, who shot it off, and why.

They’re not upset at those responsible, they just want answers.

“You don’t know the end destination of your bullet. And this bullet happened to hit two feet above a toddler and infant and it’s just irresponsible and I just hope that people learn from this and don’t let this type of thing happen again,”: said Mylee.

The family has contacted their insurance to help figure things out.

The Kent County Sheriff’s Office is investigating so if you happened to see or hear anything overnight, give them a call.