Wife warns of EEE dangers as husband recovers in hospital 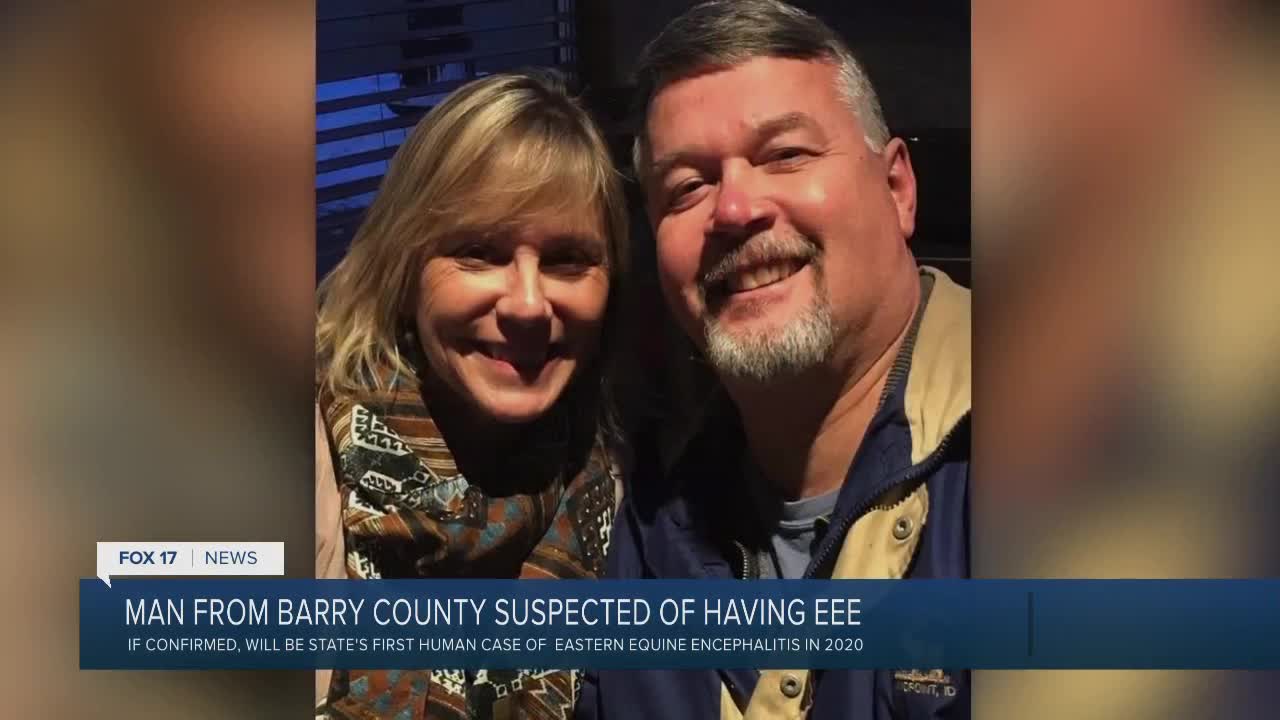 A Barry County man is suspected to be the first human case of Eastern Equine Encephalitis in Michigan this year.

HASTINGS, Mich. — Jeff Wescott is suspected to be the first human case of Eastern equine encephalitis in Michigan this year. He is now recovering at Mary Free Bed.

His wife Tina spoke with FOX 17 outside Mary Free Bed: “I saw things, I never want to see again. I really didn't think he was going to make it through that first night he was moaning and completely out of it, just so sick."

“I thought that's never going to happen to us," Tina said. "Well, it did, and it hit home."

Jeff’s diagnosis came back after a spinal tap last week.

Tina recalls that over a few days Jeff got sicker and sicker. She initially called 911 because she thought he was having a stroke.

“The signs to watch for is exactly what I saw: lethargic, not making sense, almost stroke-like symptoms,” she explained.

Within days he was in a coma.

“You take a strong man, a 58-year-old man, and within a week's time span just completely wiped off his feet," Tina recalled. "Weeks struggling to talk, struggling to walk."

Now, weeks later, Jeff is alert and on the road to recovery with help from the staff and doctors at Mary Free Bed. “He’s starting all over again," Tina noted. "But he is very, very strong-willed, and I have every confidence he's going to make 100 percent recovery from this."

Tina is hoping Jeff's story hits home as a warning to others around West Michigan as the state begins spraying to kill mosquitoes in an effort to prevent the spread of EEE.

“It was about this time last year when things were getting bad and there were 10 cases last year, six of which were fatal. So my husband beat the odds right? He's doing good,” Tina said. “Those are odds I don't want to take in Hastings. The spraying that they're doing is necessary right now to protect all of us, so that’s the message I would like to get out."

State health officials are now performing their own testing to confirm Jeff's diagnosis.