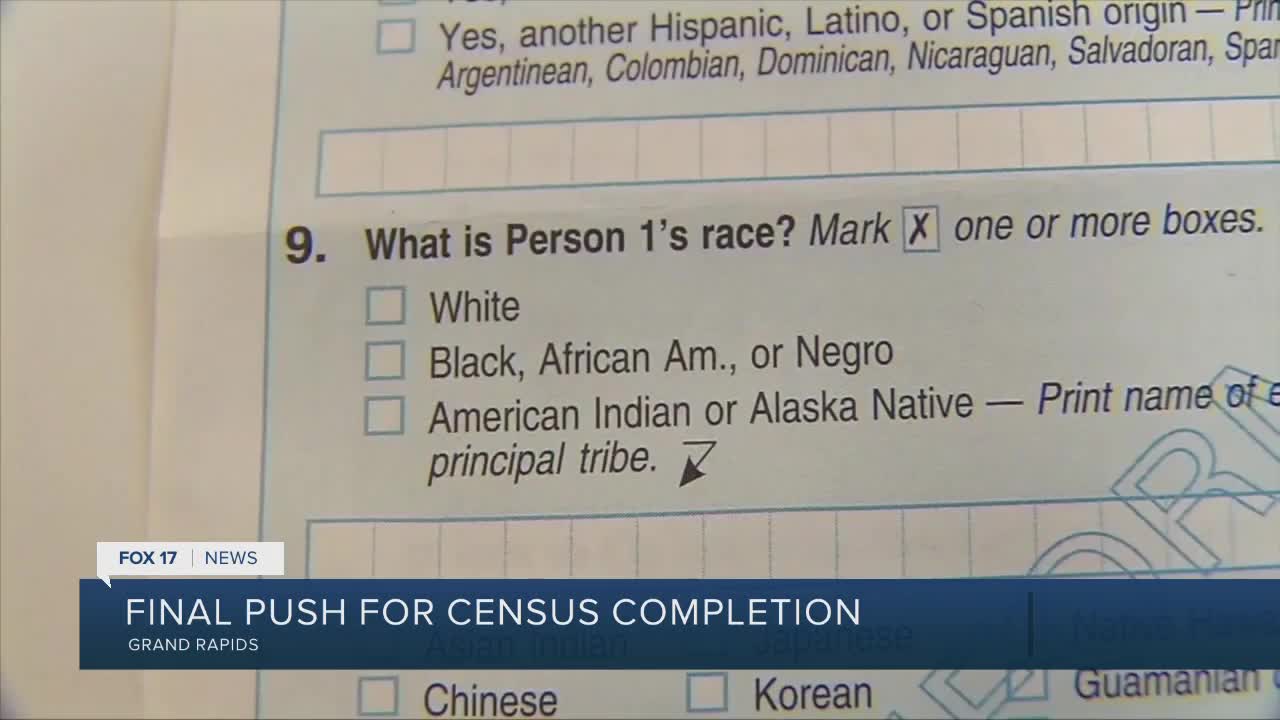 GRAND RAPIDS, Mich. — The deadline to complete the 2020 Census is fast approaching, and members of several Grand Rapids organizations held a press conference Wednesday morning at Burton Middle School to stress the importance of the once-a-decade count.

As of Wednesday’s press conference, the City of Grand Rapids had about 90 percent compliance, which Canfield said was actually better than what the city saw in the 2010 census. But with approximately 26,000 people still not participating, the city stands to lose upwards of $470 million if participation doesn’t improve.

Starting this weekend, groups will be going door to door over the next two Saturdays to encourage participation. Volunteers can show up between 9:30-10 a.m. to get started. Meet at National Supermarket on Clyde Park Avenue Saturday, Sept. 12, or at Garfield park the following Saturday Sept. 19. The final day to be counted in this year’s census is September 30.