Where does your ballot go after you vote? 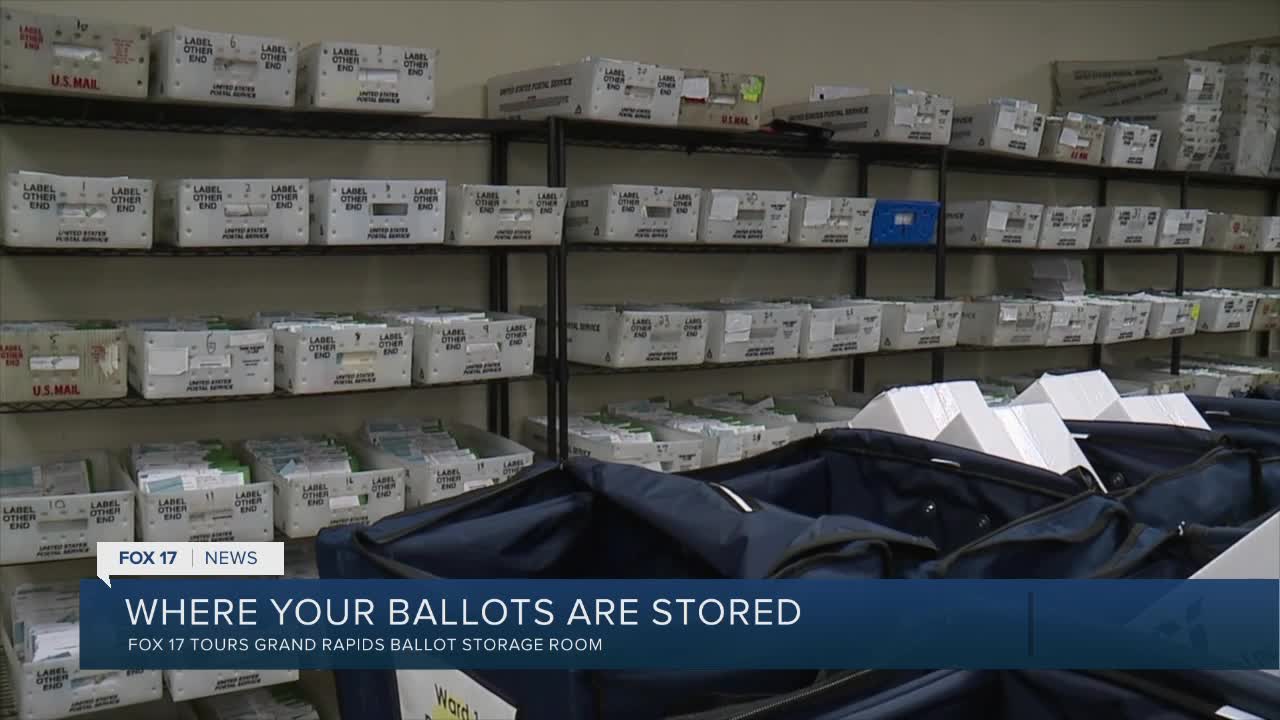 GRAND RAPIDS, Mich. — The timeline of casting a ballot this year has been spotlighted by an election that proves to be different than any in recent history. What happens after you cast your absentee ballot, and who is counting them? FOX17 got a tour of a ballot storage facility in Grand Rapids to see what happens after you vote.

When ballots in Grand Rapids are brought to the clerk’s office or picked up daily from local drop boxes, they’re brought to a secure location inside a city building on Market Avenue downtown. The ballots are bundled by the date they were received, then divided among 77 boxes – each one representing a Grand Rapids precinct – that line a wall in a concrete room. There, they wait to be processed and eventually counted.

“This is a whole new process no one’s ever done before,” said Grand Rapids Clerk Joel Hondorp. “I think there’s a lot of pressure just to make sure we do it right. And we’re up to it.”

Hondorp says since the 2016 election, Grand Rapids added roughly 10,000 net voters to the electorate. On top of that, clerks around the country are expecting higher numbers of absentee ballots this year because of fears over in-person voting in the middle of a pandemic.

“It just takes a longer time to tabulate absentee ballots,” said Hondorp. “We’re not going to give up accuracy for haste.”

Hondorp and other Michigan election officials got some help in the form of recent legislation. Bill 757 will allow clerks a one-time ability to process ballots the day before the election in municipalities with 25,000 residents or more. That doesn’t necessarily mean counting, though. On November 2nd, election workers in eligible cities will be allowed to remove the ballots from their envelopes to ready them for counting, but the ballots themselves have to stay inside the secrecy sleeve until the moment they’re ready to be tabulated.

“At least we can open the envelopes and get them out of there because the quicker we can get ballots to the tabulator, the faster we can get the whole job done,” said Hondorp.

And they already have their work cut out for them. Hondorp says in Grand Rapids, 23,000 absentee ballots – roughly 40% of what was requested – have already been returned.

Because of overwhelming numbers of absentee ballots, Hondorp echoed the sentiments of other election officials FOX17 has talked to, in saying patience will be key on election night.

“You’re not going to know the results by the 11 o’clock news,” he said.

Grand Rapids now has six high-speed tabulators, compared to the four that were used in the 2016 election. On election night, specially trained Absent Voter Counting Board inspectors will tabulate the votes.