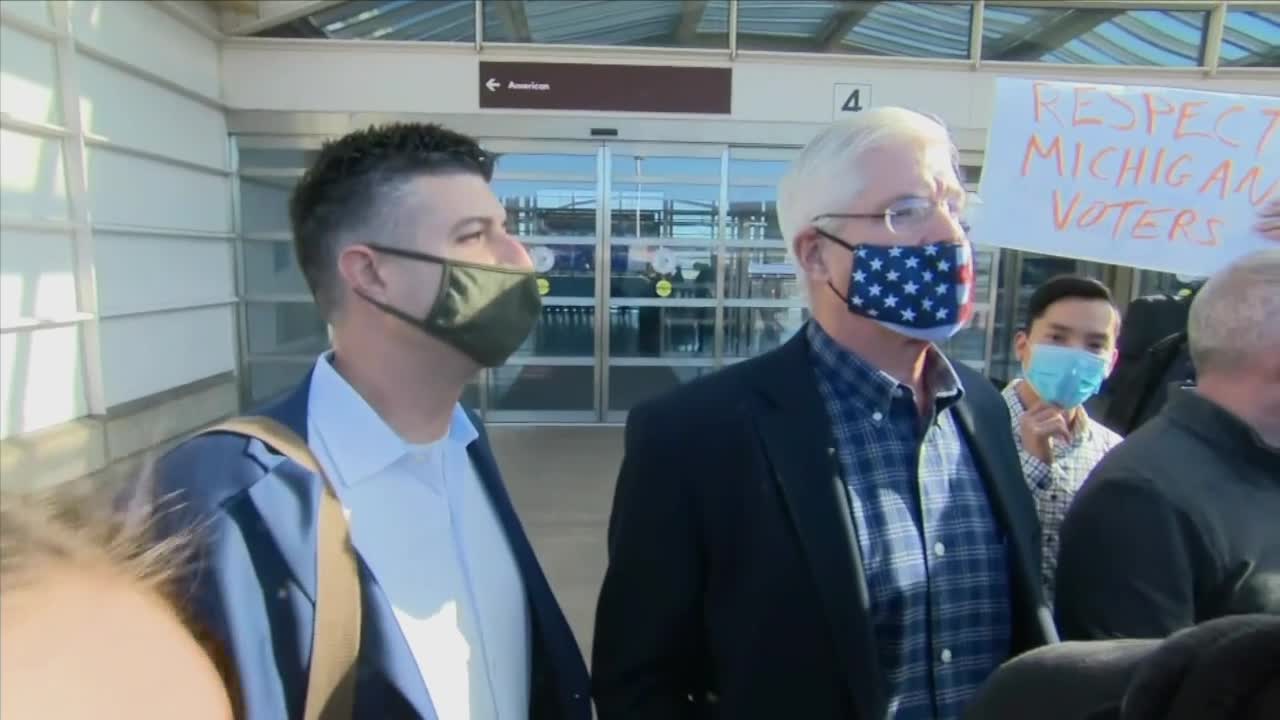 GRAND RAPIDS, Mich. — Washington was swirling with speculation Friday, as Michigan’s top GOP leaders were summoned to the White House to meet with President Donald Trump. Even on the day of, it was still unclear what the nature of the meeting actually was.

In a conference call with reporters ahead of the meeting, a handful Michigan Democrat lawmakers echoed concerning media and D.C. insider reports that the meeting would be an attempt by Trump to bypass the popular vote results in Michigan with the help of state Senate Majority Leader Mike Shirkey and Michigan House Speaker Lee Chatfield.

“The rules were followed, it was a free and fair election here in Michigan, Joe Biden won by a huge amount,” said Michigan Senator Jeff Irwin on the call. “Some elected officials are willing to set aside their duty and their obligation and their oath to the voters.”

On Wednesday, the Trump campaign dropped their election lawsuit in Michigan. By law, the state’s 16 electoral votes must go to the winner of the popular vote, which Biden leads by over 150,000 votes.

“That’s not going to happen,” Shirkey told Bridge. “We are going to follow the law and follow the process.”

Speaker Chatfield tweeted hours before the meeting was set to take place, saying he wouldn’t apologize for going to D.C.

No matter the party, when you have an opportunity to meet with the President of the United States, of course you take it. I won’t apologize for that. In fact, I’m honored to speak with POTUS and proud to meet with him. And I look forward to our conversation. 🇺🇸