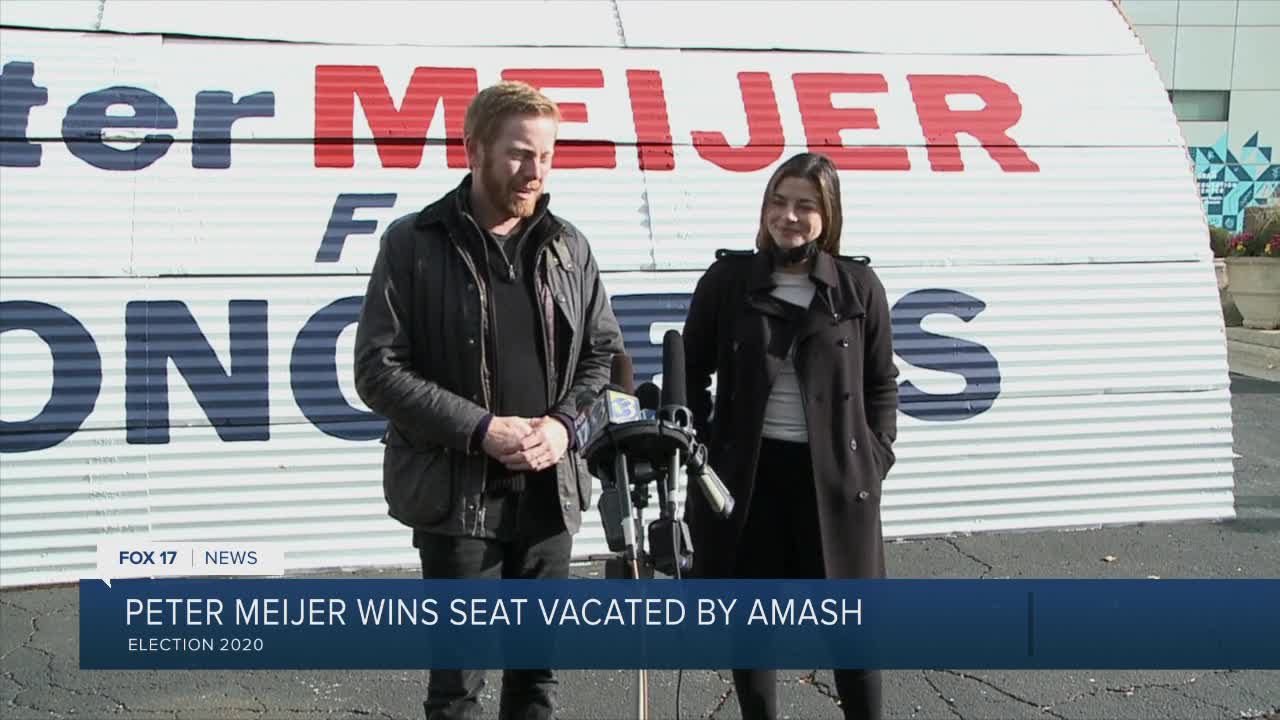 “We got into this race almost 500 days ago, so we’re excited to see it through,” he said in downtown Grand Rapids on Thursday. “We want to make sure we’re representing everyone in west Michigan.”

Meijer netted 53% of the vote, doing particularly well in Ionia, Barry and Calhoun counties. The new congressman, one of the youngest to ever serve at just 32-years-old, said he wants to go to D.C. fighting for limited government, economic freedom and individual liberties.

And, as coronavirus cases climb drastically across the U.S., Meijer stressed the importance of getting resources from congress down to the local level in District 3.

As the rest of the country awaits the results of the presidential race, Meijer also addressed several lawsuits filed by the Trump campaign over vote counts in states including Michigan.

“That’s making sure that everything is transparent and above the word and at the end of the day, accountable, because it’s incredibly important that all Americans have faith in the electoral system,” he said. “Obviously it would’ve been more exciting to have everything on election night, but I think it’s most important that every vote is counted and counted accurately.”

Meijer, a veteran and former humanitarian aid worker, was part of a 7-seat gain for Republicans in the House – and a diverse one at that Every flipped seat was won by a candidate of color, a female candidate, a veteran candidate, or some combination of the three.

“It’s important that the Republican party look more like the country as a whole and that we also have a government that reflects more of the people it seeks to represent,” he said.