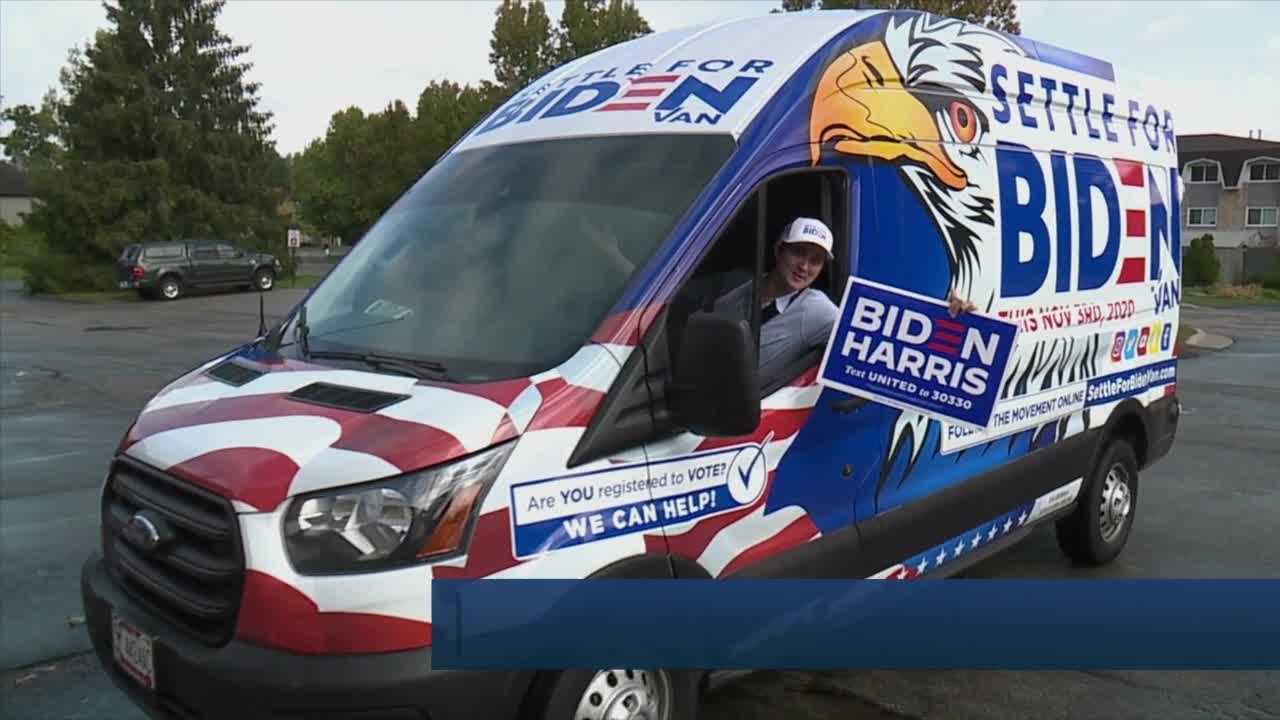 GRAND RAPIDS, Mich. — The vote is one of the most important powers bestowed on American citizens. Getting to choose our leaders is one of the cornerstones of American democracy – but that doesn’t mean you have to be happy about your choices.

Chris Madden just wants you to vote, and he’d like you to consider Joe Biden, even if its reluctantly or begrudgingly.

Like many voters, Madden is making the choice between what he sees as a lesser-of-two-evils candidate than the right one. And he’s so adamant about it, he’s put it on a van.

The decal says “Settle for Biden,” and though the group has a good sized following on social media, Chris wasn’t asked by them directly to wrap his 2020 Ford cargo van in the sentiment.

“It made me laugh my head off, it got me excited, and I was like, ‘You’re right! I should just accept where we are, and I should just vote for Biden. I should get excited about Biden.’”

So, hitting the road with his wife, Chris is dotting the Midwest on their way to Washington, D.C. He’s keeping active on social media, something he says the Biden campaign missed an opportunity to do the past few months.

Admittedly, Chris said he voted third party in 2016 but wants people to make a choice that matters, whatever that means to them.

“Let’s be real, it’s either going to be Biden or Trump,” he said. “Make your voice heard. Vote for one of the two.”

For more information on Settle for Biden, click here.