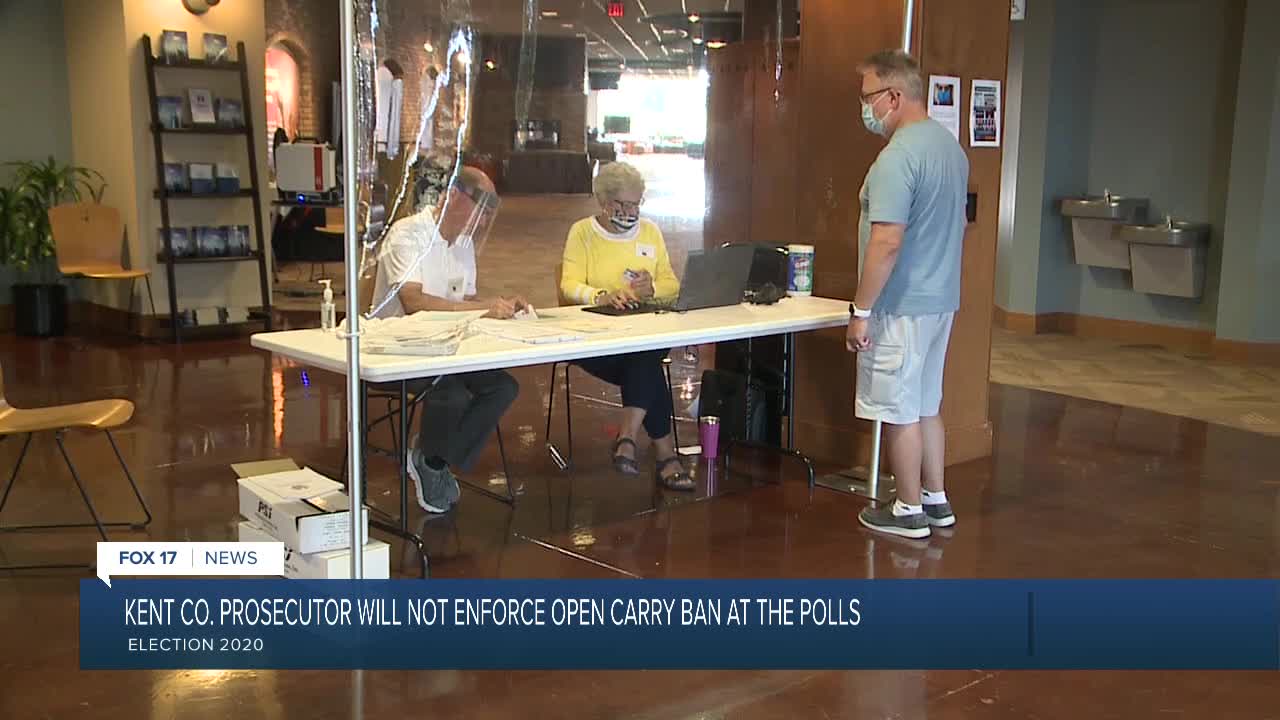 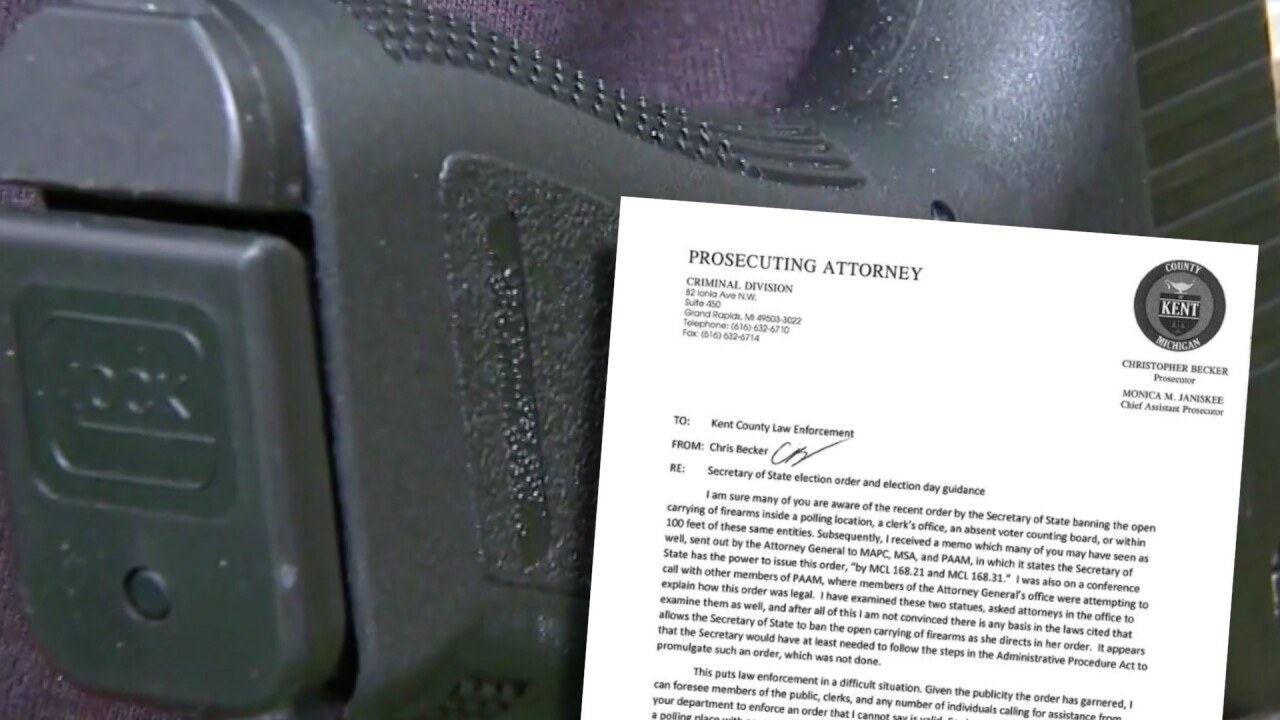 KENT COUNTY, Mich. — Following a ban issued by the Secretary of State on open carrying firearms at polling locations on Election Day, Kent County Prosecutor Chris Becker says his office will focus on enforcing voter intimidation laws and not violations of the open carry while voting ban.

On October 16 Michigan's Secretary of State Jocelyn Benson issued a ban on open carrying firearms within a polling location or within 100 feet of.

Following her announcement, Kent County Prosecutor Chris Becker issued a letter to law enforcement officers within the county that said his office would not be prosecuting individuals who simply choose to open carry while voting.

“I have examined these two statutes, asked attorneys in the office to examine them as well, and after all of this I am not convinced there is any basis in the laws cited that allows the Secretary of State to ban the open carrying of firearms as she directs in her order,” Becker said in his letter.

“It appears that the Secretary would have at least needed to follow the steps in the Administrative Procedure Act to promulgate such an order, which was not done.”

Instead, Prosecutor Becker says his office will focus on enforcing laws that prohibit voter intimidation.

“We're really focusing on the voter intimidation aspect, we're gonna kind of leave that alone in terms of the Secretary of State's order, because I think there is some issue,” he told FOX 17 in an interview Monday afternoon.

“So, taking it back to let's stick with the stuff we can do, and we know we have good legal basis for.”

“Given the publicity the order has garnered, I can force members of the public, clerks, and any number of individuals calling for assistance from your department to enforce an order I cannot say is valid,” Becker said in his letter.

“For instance, if some individual walks into a polling place with an openly carried firearm and does not engage in any threatening, intimidating, or otherwise interfering behavior, and simply comes to vote openly armed with a gun, this could prompt a call from an election clerk for the police to assist. There is, however, no criminal offense for “open carry in violation of a Secretary of State order,” and neither in the Attorney General’s memo, nor in their conference call, could identify and basis for such a claim.”

Three Michigan gun rights groups recently filed a lawsuit against the Secretary of State over her ban. A decision is expected from the court prior to Election Day on November 3rd.

FOX 17 reached out to Secretary of State Benson's office Monday for a response, but were told they could not comment because of the pending litigation.

Their office did issue a statement last week when FOX 17 reached out in regards specifically to the lawsuit filed. At the time they said, “The Supreme Court has consistently held that the right to vote is a fundamental right foundational to our democratic society and preservative of our other basic rights. As the state’s Chief Election Officer the Secretary has a duty and responsibility to protect that right and to provide much needed clarity to voters and election workers on the existing state and federal laws that prohibit voter intimidation, harassment and coercion.”

FOX 17 also reached out to the Attorney General's office, but they also could not comment because of the pending litigation.

For those voting in Kent County, Prosecutor Becker suggests that folks, “don't go there trying to make a point... We're gonna be active and engaged and, just go vote as you normally do, and just leave it at that.”