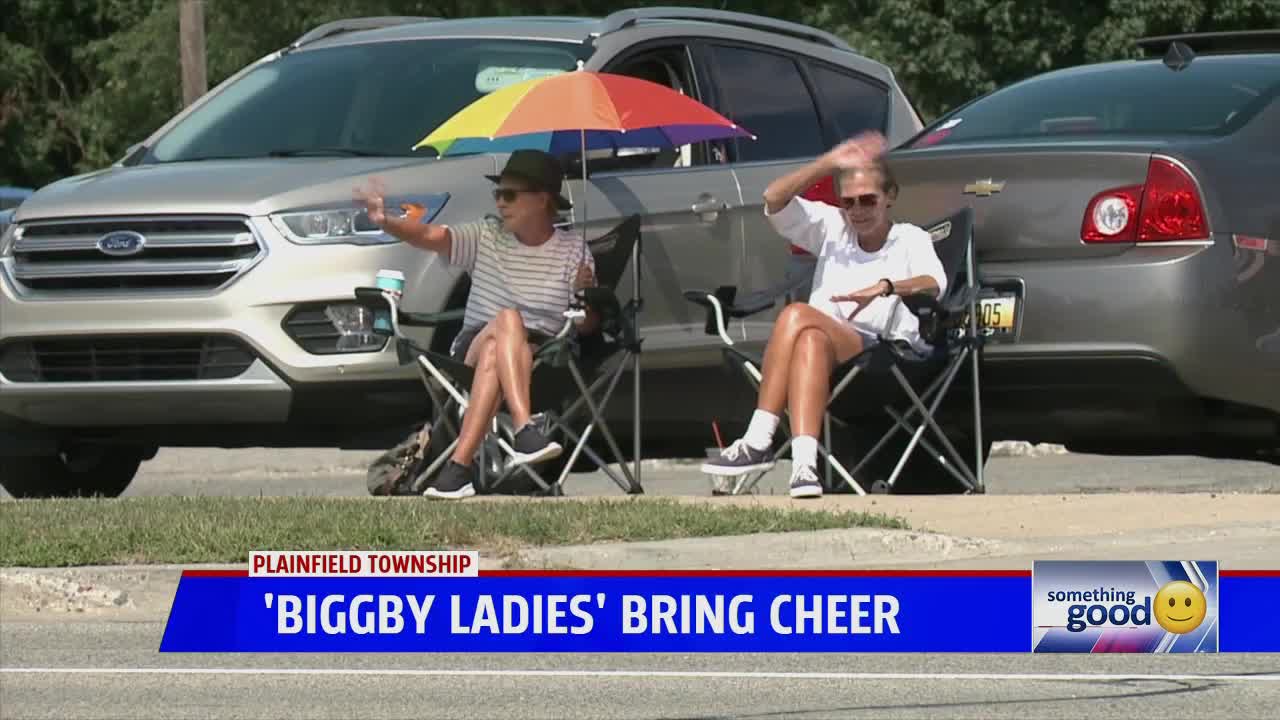 GRAND RAPIDS, Mich. — A pair of women have made a daily tradition out of spending several hours each day waving to drivers from their lawn chairs in a coffee shop parking lot.

At the beginning of the year the two began going to the gym together.

After hitting the gym, they would go share a cup of coffee together at the Biggby down the road.

When everything started shutting down in March due to the pandemic, they just switched up their routine.

"For an hour and a half every day we get to escape what's going on around us, concentrate on this little patch of sidewalk that we sit on every day," Broekema said.

They moved their early afternoon meetings from Biggby to the parking lot at Biggby.

“Early on people would stop and look at us like what are you doing here,” Broekema said. "I think they thought we were trying to sell something."

But the ladies aren't selling anything, just spreading some outright cheer.

“We don't know where they're coming from or where they're going, but boy, when they go past they honk and wave,” Bruinooge told FOX 17.

While many of the vehicles speeding past honk and wave to the women, they have had a handful of people stop and chat. Others have even brought gift cars to fund the ladies ongoing coffee tradition

“We haven’t had to pay for coffee for probably 2 months now,” Broekema said with a gentle smile.

The ladies said that Local realtor Steve Dykstra stopped by recently and gave them $40.

"We were talking and told him the story, whatever, and he started taking money out of his wallet. I'm like, No, please, you know, don't do that, Bruinooge said.

"But what he said is I want you ladies to do with it what you see fit."

So the pair decided to give the money to the folks working at Biggby to cover coffee for several other guests.

“And I told her to pay it forward for as many coffees as they can get. We drink coffee, that's what we wanted to buy,” Bruinooge said.

The daily routine has brought both of the women a lot of joy, and they hope it helps carry others through this difficult time.

“The outpouring of support, just in gratitude that people have expressed to us for, you know, doing this has been more than we really expected,” Broekema said.

The ladies say that anyone interested in sharing some coffee and conversation with them is more than welcome to grab a chair and stop by. They can be found in front of the Biggby Coffee on Plainfield Avenue in Grand Rapids.