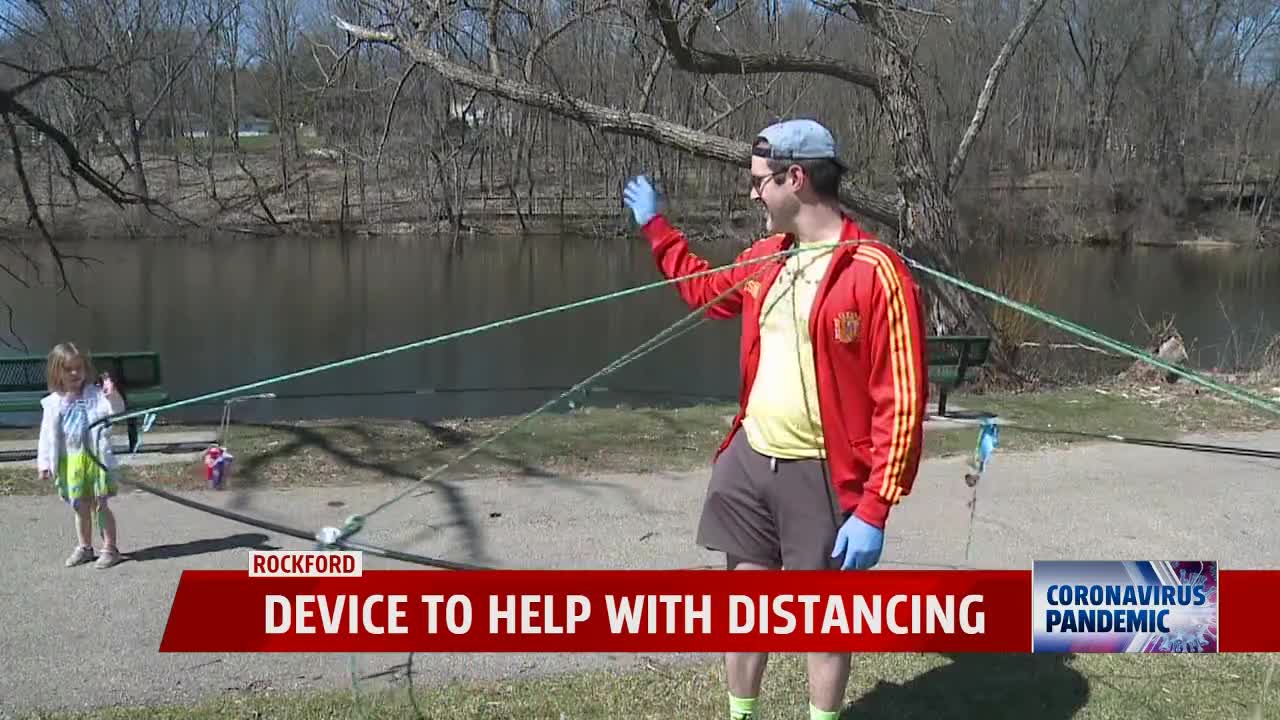 ROCKFORD, Mich. — Rockford native Dan Kuhnle has created a magnificent device to show what six feet of distance really looks like during this social distancing period.

"Social distancing is six feet and I always thought, 'do people really realize how far six feet really is?'"

That's when Kuhnle went to work, with the help of his wife, to create the device out of some common household items.

"These are tent poles," he said, "I duct tape them together, it's about 40 feet in circumference and it's a lot of duct tape."

He said the contraption only took 20 to 30 minutes to create. Once it was finished, he took to Rockford, running the sidewalks around town and making sure people understand the proper distance to keep themselves and others safe.

"People immediately knew that this was for social distancing, I didn't have to say much," he laughed.

The most common reaction is laughter and most take out their phones to snap a photo of him. Kuhnle says he loves spreading the smiles.

"I love everyone's reaction to the video," he smiled, "it's all been positive. Everyone is laughing, it's one thing I feel strongly about, that I was created to bring joy to people and that's what this is doing."

And while this is something to take very seriously, Kuhnle says there's nothing wrong with sharing a few laughs during these tough times.

"It's fun to laugh at something that's serious, I don't know," he smiled, "I'm a peacemaker at heart."