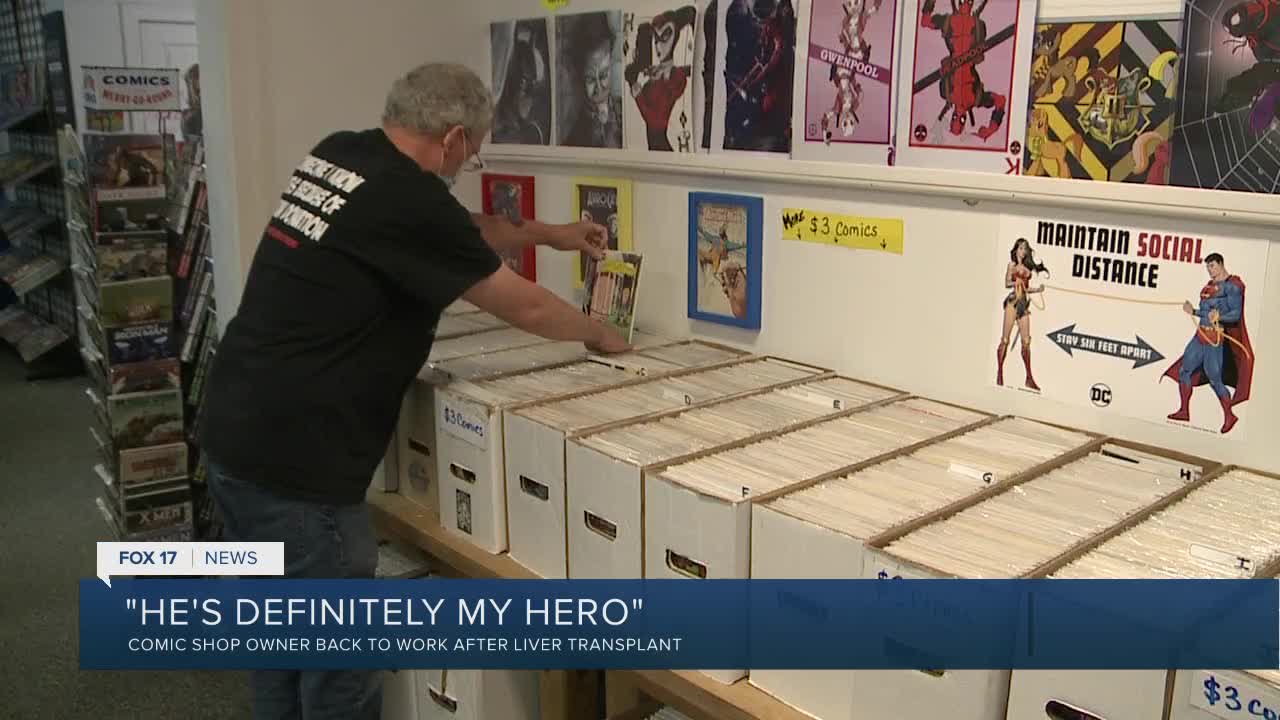 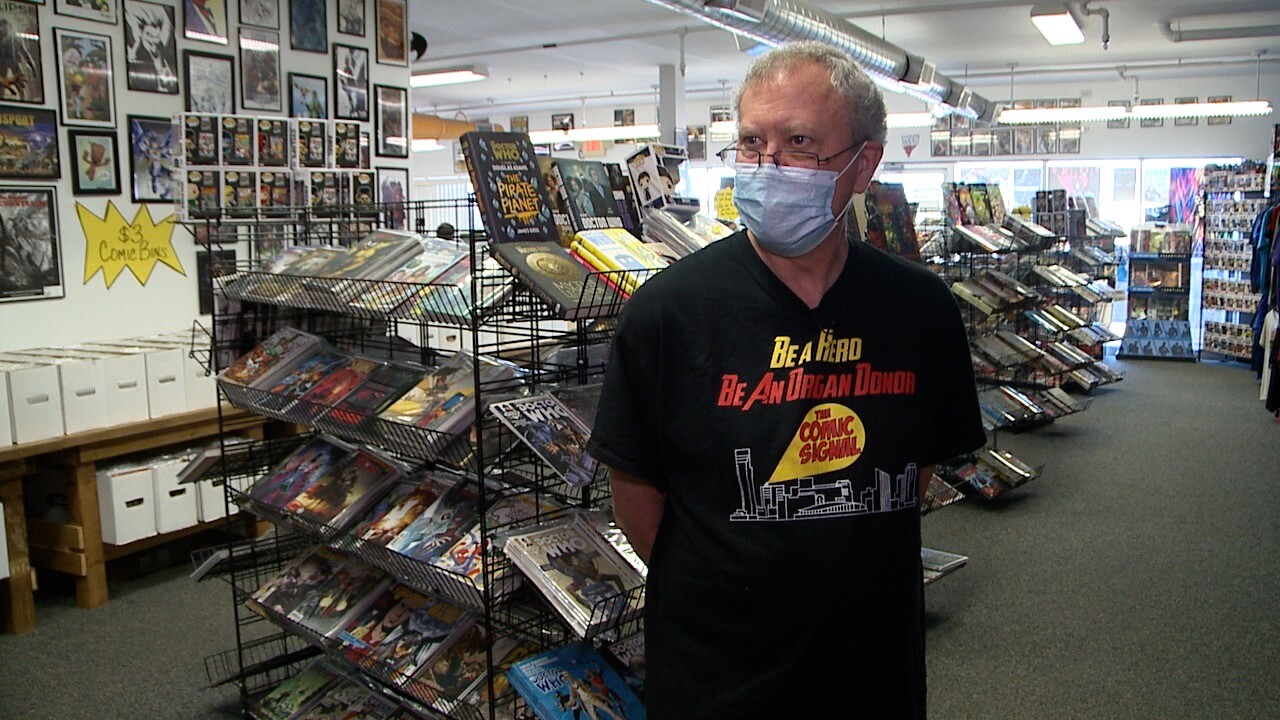 GRAND RAPIDS, Mich. — The owner of a beloved West Michigan comic book shop has returned to work after several months out following a liver transplant.

Don Myers has loved comic books since he was a young child. Despite building a collection of over 50,000 issues in his spare time, he spent most of his adult life working as a pharmacist.

He says that he has always used reading comics as a way to get through tough moments. Saying they are, "just kind of a nice way to relax and get away. You can involve yourself in this world visually as well as with your mind.”

In 2016, with the encouragement and support of his family, Don decided to launch a business venture centered around his true passion. The Comic Signal opened it's doors on Plainfield Avenue in February of that year.

"You ask, is there enough people around to support it? And there are."

Don and his family have built an impassioned community around their store, sharing their love for everything comic-related with everyone who walks through the front door.

While Don has been dealing with health issues since around 2007, he started to experience significant problems in 2018.

"I really got hit hard, had a whole bunch of symptoms that came along with it," Myers said.

He ended up at Henry Ford Health Systems, being added to the list to receive a liver transplant. Doctors told him that his body had been attacking his liver.

“When they did a scan, we end up finding I even had a couple of cancer spots show up. So that made my need for a liver that much more dire,” Myers said.

It was a dark moment for Myers and his family, but soon a hero, with a compatible liver, would emerge.

Don's son Derek became a living donor for his father.

“He's definitely my hero,” Myers said of his son. "I just give him all the credit in the world that he was willing to do that.”

The surgery and ensuing recovery took Don out of his comic shop for several months.

He tried helping out from home, but found that it just wasn't the same. “The face to face interaction is what I was brought up on and what I enjoy the most,” he told FOX 17.

This past Saturday was his first day back in the store. Don's friend and fellow comic aficionado picked him up in a Mach 5, a recreation of Speed Racer's go-to ride.

"I was able to get back here to the store and to my happy spot,” he said.

On Thursday, both Don and his son Derek were at the store helping customers and stocking the shelves. Slowly, but surely, the father and business owner is regaining his strength.

Don invites everyone to swing back by the shop to say hello and check out what they have in stock— a little bit of something for everyone.

The family has also been selling t-shirts at the shop to raise money for Henry Ford Health Systems Transplant Donor Program. The shirts feature a Comic Signal logo and say "Be a Hero - Be an Organ Donor." You can purchase one of those in-person at the store.