Hundreds help out in downtown Grand Rapids after riots 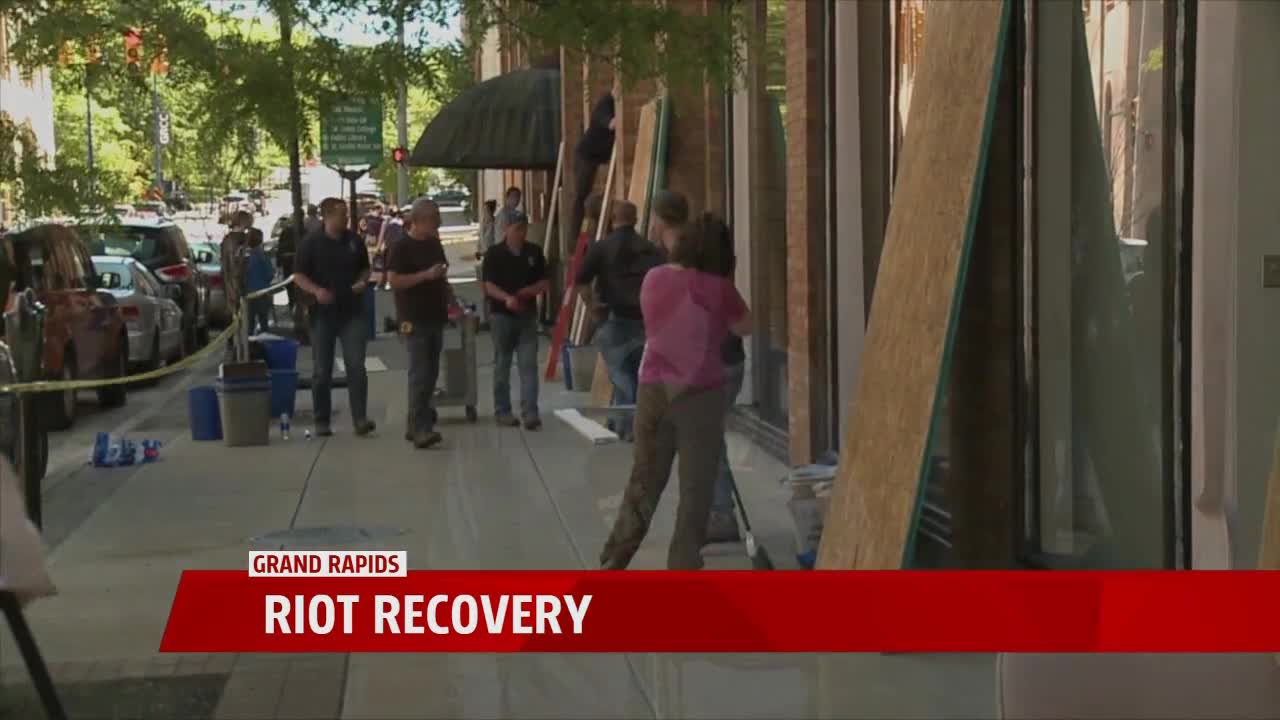 Downtown Grand Rapids rallies together to recover after riots.

GRAND RAPIDS, Mich. — A few hours can make all the difference in the world, especially in Grand Rapids after the riots on Saturday night.

"We are here to do our part and help clean up," said Miesha Perry, "this is not what we wanted for our city."

Miesha Perry and Asja Saintard were the co-organizers of the protest on Saturday night in Grand Rapids. They say the riot is the last thing they wanted to happen.

"We were supposed to be leading a silent, non-violent protest," Saintard said, "then to see it turn out this way and see our narrative turn to destruction and violence, it was unbearable."

On Sunday morning in Grand Rapids, business owners and strangers alike went to work, just like 10-year-old Myles Kolehouse, who helped put the city back together.

"It's honestly relieving," said Kolehouse, "if everyone didn't come together like this, the city would remain like this for a couple more months I think."

Blake Edmonds was one of the peaceful protesters on Saturday evening and helped extinguish a fire that was set in the alley between San Chez Bistro and the Back Forty off of Fulton Street.

"I believe that if people didn't step in, that responders may not have been able to get there in time to save the building in time," Edmonds said.

All around the city, other strangers helped distribute food and water to those working, including The Mitten Brewing Co., who gave away free pizza throughout the day.

"We thought pizza might be a small piece of comfort to bring comfort to the people that are actually doing the work," said co-owner of The Mitten, Chris Andrus. "We had staff members that volunteered their time to make pizzas and bring them down here."

All of this progress was made just hours after the devostating destruction.

"We're hoping the message gets around that not everything has to end in violence," added 10-year-old Myles Kolehouse.