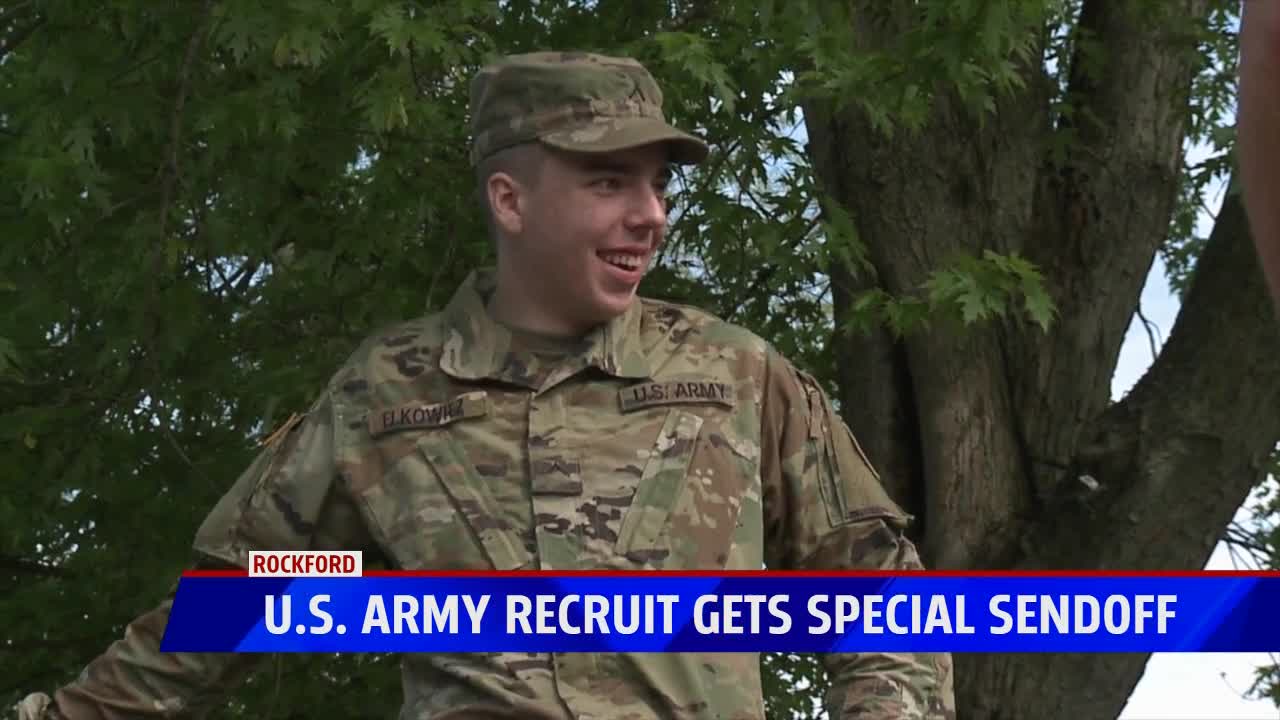 ROCKFORD, Mich. — While Memorial Day honors the service men and women we've lost, an 18-year-old in Rockford is spending his day joining the Military as family, friends and even complete strangers lined the streets on Monday.

"They've been really supportive and it's a good community to grow up in," said Steven Elkowitz, who is a 2020 graduate of Rockford high school.

The community came together to give him a proper sendoff as he leaves for Fort Lee, Virginia where he will spend the next 16 weeks in advanced individual training for the United States Army.

"I just wanted him to feel important," said his mother, Jennifer, "and selfishly, it was a little bit for me to help me get through the day. The community of Rockford has been amazing, people I don't even know say they'd stand outside with flags."

Elkowitz enlisted last year as a 17-year-old and spent last summer at Fort Jackson, South Carolina for his basic training as he continues to follow in his family's footsteps.

"All four of my grandparents served," Steven added, "along with my great grandpa, a few of my uncles, a great uncle, and my dad."

Knowing he was going to be leaving for training, Rockford high school and principal Dan Zang held a special ceremony to celebrate his graduation.

"I contacted Rockford to get his diploma and figured I was going to go to the school and pick it up," his mother added, "but Mr. Zang was like, 'no, we're going to do a ceremony for him.' So we did a ceremony, some family was there and a few friends, I got to place his honors cords on him and his father was able to present him with his diploma."

Elkowitz says he's excited to one day fulfill his lifelong dream of serving in the Military.

"I've been planning on this my whole life," he said, "I eventually want to go active duty and go into a different MOS (Military Occupational Specialty)."