Army Veteran to get service dog back after community helps out 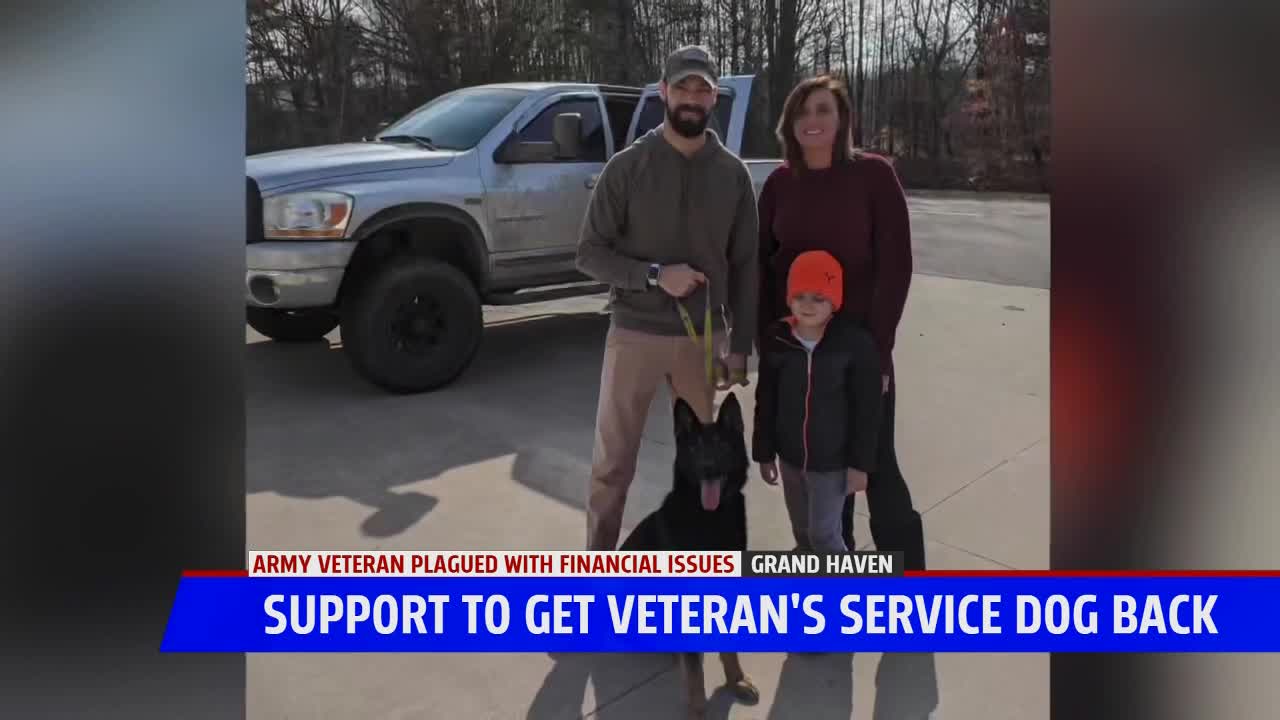 Veteran getting service dog back with community's help.

GRAND HAVEN, Mich. — U.S. Army Veteran, Nick Myers of Grand Haven has seen his email and Facebook blowing up with messages ever since we brought you his story on Friday.

"I've received probably close to 40 or 50 emails from people that want to help out," Myers said.

Myers served in Afghanistan and is diagnosed with PTSD. He had to give up his service dog recently due to financial hardships during this pandemic.

"We ran out of money," he said, "we were on our last 50 dollars and we have a house to pay for and we can't lose our house, we have kids."

His dog, Zelda is a year and a half old and has been helping him cope with different stressors. Not to mention, she has been a great friend to his young kids.

"I've never seen a dog that is that well around kids that was also trained to be a dog in the police force and a service dog," Myers added, "she's really well rounded."

After Friday's story aired, dozens of people called our station, took to Facebook and emailed asking how they could help Myers bring his dog back home.

"The help has been such a blessing," he said, "it feels really good to know that there are still really good people out there."

Myers says it will take about a thousand dollars to get Zelda home who is currently back with her breeder, who happens to be a great friend as well. However, thanks to the incredible people of West Michigan, Myers has met that financial goal.

"My message to people that have helped out is that my family and I thank you all very much," Myers added. "It makes me speechless, honestly."

Nick says Zelda should be back with his family within the next three days and says he will personally send everyone who helped him a thank you card and a photo of his family.

You can see the original story on Myers by clicking here.