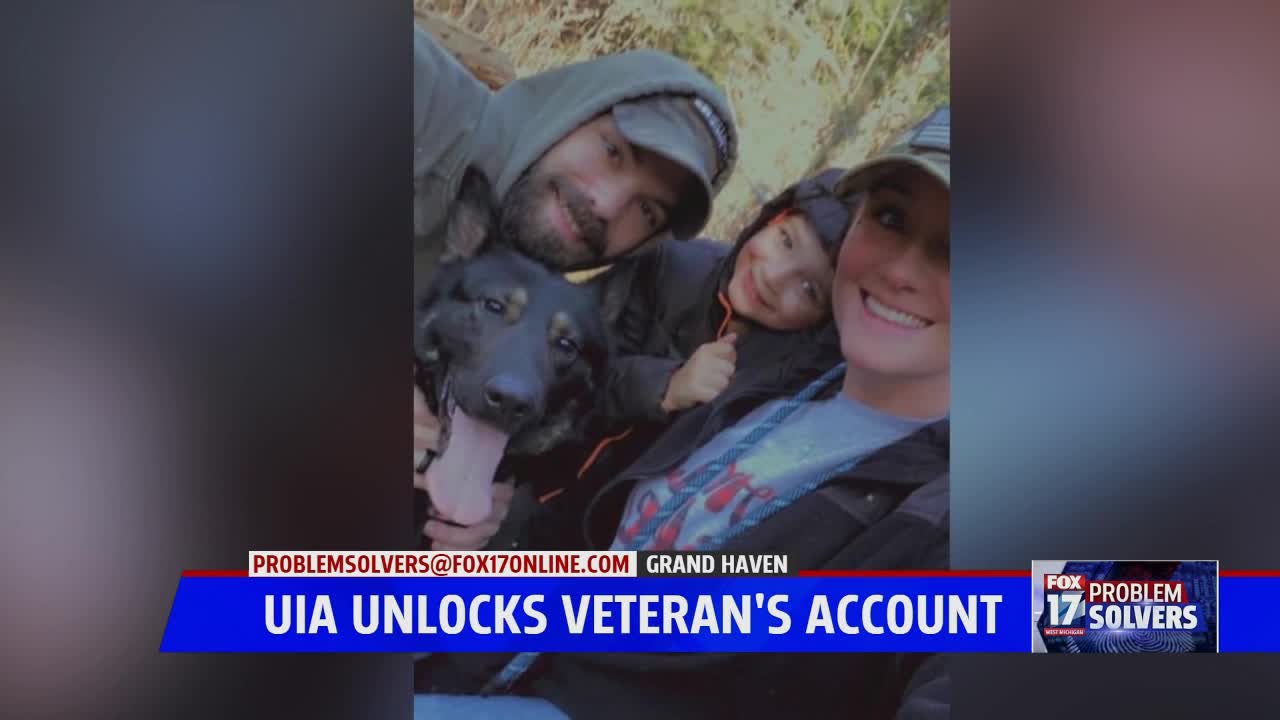 "I served about a year in Afghanistan," he said.

Myers returned to Michigan at the end of 2013 and began doing normal civilian work before opting to get back to his roots.

"I wanted to be back in the military lifestyle, so I started doing counter-terrorism training in Las Vegas," Myers added, "I'm actually an instructor there as well."

In addition to counter-terrorism, Myers works in manufacturing but he was laid off from both jobs five weeks ago. Like millions of other people, he filed for unemployment but has yet to see a check.

"As soon as I did it online it froze, I refreshed the page it locked me out and I've been locked out ever since," he said about the unemployment website. "I've called their office every single day at numerous different times and it instantly hangs up on me."

Nick and his fiance Baleigh are expecting their third child soon and he says he's doing everything he can to provide for his growing family.

"It's very frustrating," Myers said, "I've gone through a lot of stuff as you can imagine, and it builds even more stress on you. My number one thing is taking care of my family, I will do anything I can to make that happen."

Myers is diagnosed with PTSD and recently had to get rid of his service dog due to their financial hardships. Now, he's applying to different jobs to do anything he can to get them through.

"I'm exploring other companies, I've been putting in applications everywhere for the past month," he said.

So we reached out to the director of the state's Labor and Economic Development Department who immediately got in touch with Nick unlocking his account.

Now, he says there should be five weeks of back pay on its way to help him and his family.

"It's a huge weight off of my shoulders," he smiled, "it's one less thing I have to worry about and that's five weeks of back pay, enough to get a mortgage payment, truck payment, all of that stuff."

And Myers also says he's going to try to get his service dog back but it all depends on when the compensation arrives.

The UIA also gave us a statement saying in part:

"Accounts can be locked for security reasons. The most common being an identity theft attempt and we need to ensure the appropriate person receives their benefits."

The UIA also says they've created a team of 100 people dedicated just to this issue. You can get in touch with them via their email address: UIA-MiWAMIssues@michigan.gov.