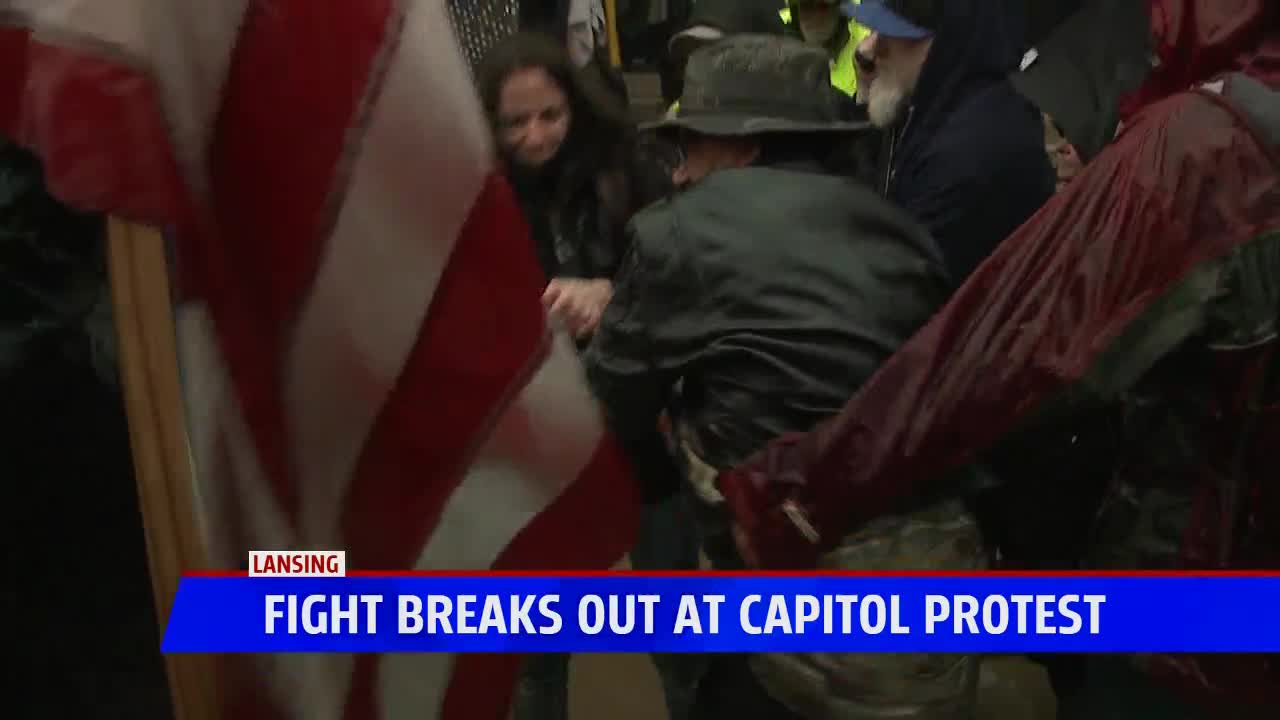 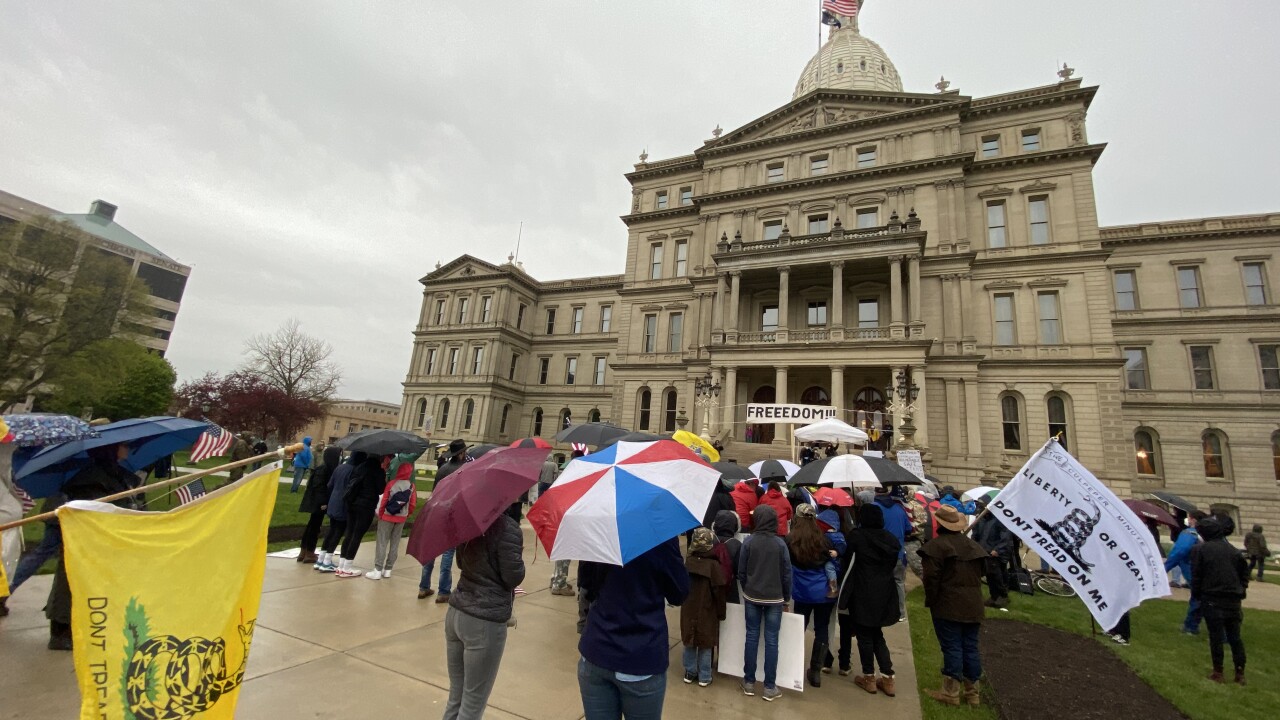 The event, dubbed "Judgement Day" by organizers, was a third in a series of similar protests advocating for the re-opening of the state.

Thursday's event was planned by Michigan United for Liberty. The group also organized the 'Operation Gridlock' event on April 15.

"The legislators continue to play scheduling games with us, so we will be there whether they are or not, in large numbers. We will gather to raise awareness of the many hypocrisies of Governor Gretchen Whitmer, and to give a voice to the voiceless," the group said in a statement beforehand.

A scuffle broke out in the middle of Thursday's event when a man walked to the front of the Capitol steps carrying a colonial-era American flag and a doll in a noose from a fishing pole. He was also holding a trash bin with an axe inside.

Organizers called for police over a loudspeaker, saying the man's actions went against the spirit of their rally.

"We don’t stand for racism, definitely not for nooses," someone said over the speaker as police intervened.

Less than a minute later, several State Police Troopers separated the man from the crowd. The axe was surrendered to police.

Jazmine Early, one of Thursday's speakers, told FOX 17 after the incident, "We didn’t come here for this. We came here to talk to the Governor and legislators. We were warned there would be people here to cause trouble.”

The rest of the event went off without incident.

Several people spoke to the crowd, some of them urging attendees not to obey Governor Whitmer's executive orders.

“People out there that are business owners watching out there on TV or Facebook, open your business now. Open your restaurants, open the bars, open the movie theaters," one man said.

A small number of counter protesters were present at the Capitol Thursday, several of them healthcare workers. A woman in medical scrubs had "I stand with Whitmer" written on her arm in marker.

There were also several posters hung up along sidewalks around the capitol displaying the names and faces of people who have recently died with COVID-19.

The rest of Thursday's event went off without major incident, the protesters just eager to get back to work.

“It's a horrible thing not to be able to support your own family or not know if you’ll be able to buy groceries or pay your bills or have a home to live in,” said Katie Dux.