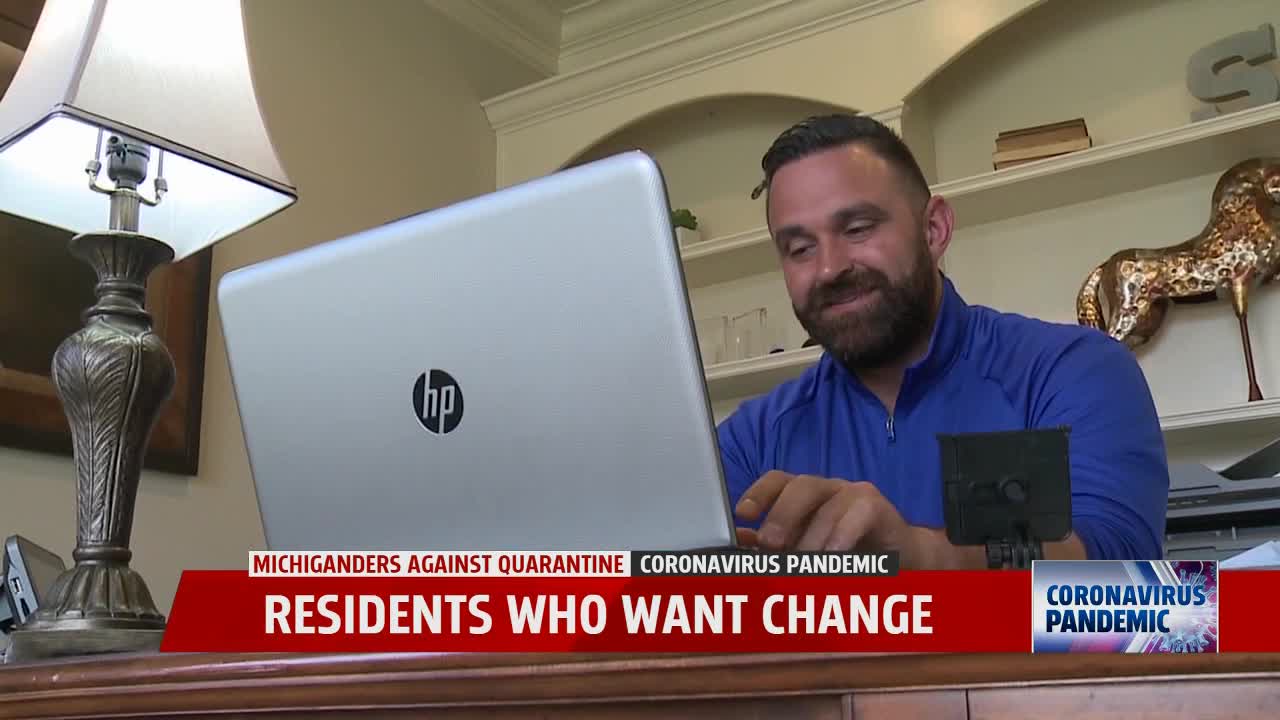 MATTAWAN, Mich. — Governor Gretchen Whitmer's announcement to extend the stay at home order through the end of the month isn't sitting well with some in our state.

In fact, Mattawan resident Garrett Soldano is hoping to make a big change.

"The solution for this can't outweigh the potential if we continue to shut our economy down," Soldano said. "The suicides, the stress, all the other things that will continue to happen if we keep extending this out."

Soldano took to Facebook on Thursday, creating a group called 'Michiganders Against Quarantine' and the response was unbelievable.

"I was like, 'I hope there are 500 people that think like me,' then I started realizing that there are thousands," he said.

Within hours, the group was at 50,000 members and it continues to grow with over 1,000 new members every hour, now sitting at well over 150,000, many posting their story of how this shelter at home is effecting their families.

"It rips my heart out," he added, "Michiganders are hurting right now. They are hurting to provide for their family, that's where I have a problem. This virus doesn't have the teeth to support that."

And Soldano has been up most nights researching COVID-19 and the data and even has friends who are battling the virus as well. He says it's not worth shutting down Michigan's economy over.

"When you're taking away our basic freedoms, telling us what we can and can't buy, that's where I have a problem. That's where I decided to stand tall."

And anyone joining the group needs to keep it civil or be kicked out, he says his message is not one of hate or violence but simply trying to make a difference across the state.

"There's now a platform for a lot of Michiganders to make a difference. We're going to do it in a positive way, we're not going to spread hate. We're not going to be violent. That's not this group, we'll stand tall through this situation."

As for the end goal, Soldano is working hard to keep the group growing and says there has been talk about a trip to the state capitol in hopes of creating change.

"If we reach a million members, that's ten percent of Michigan," he said, "guess who is going to start to listen? The elected officials," he added.