Rep. Bill Huizenga spoke with FOX 17 after casting his vote 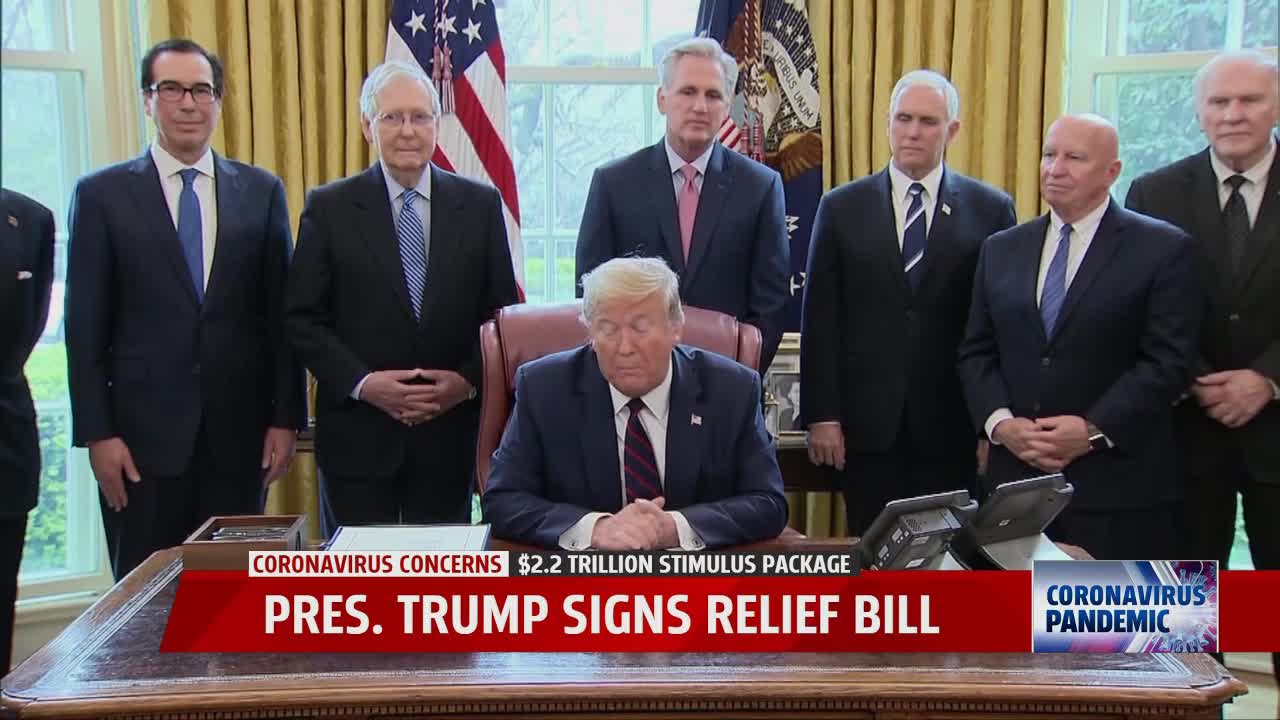 Rep. Bill Huizenga spoke with FOX 17 after casting his vote.

President Trump signed off on it shortly after.

“I want to thank Republicans and Democrats for coming together, setting aside their differences and putting America first,” President Trump said.

The act which carried bipartisan support and a unanimous vote in the Senate, is the largest emergency aid package in U.S History.

For most Americans it includes money directly into your pockets.

The bill also includes an expansion of unemployment benefits, money for hospitals hard-hit by coronavirus, airlines and billions of dollars in loans for small businesses.

Congressman Huizenga spoke with FOX 17 on Facetime after casting his vote Friday.

“So often we hear about the divisiveness in Washington D.C. and in the states and in politics in general. And on occasion, we can actually come together as we should, put politics aside and just try to go do the right thing,” Huizenga said.

Huizenga says small business payroll and rent loans as well as the direct payments to individuals will help West Michiganders in these unsettling times.

“That’s going to help bridge any of that uncertainty of what's going on. Hopefully people are going to be able to use that for groceries and the necessities that they have in life,” Huizenga said.

“The government has a responsibility to make sure that as we are coming out of this, we're able to come out of it as strong as we were before and hopefully as quickly as possible,” he added.

Huizenga says the logistics of sending money directly to people is still being worked out.

Its likely the IRS will set up a direct deposit option and it could be three weeks before the money is distributed.