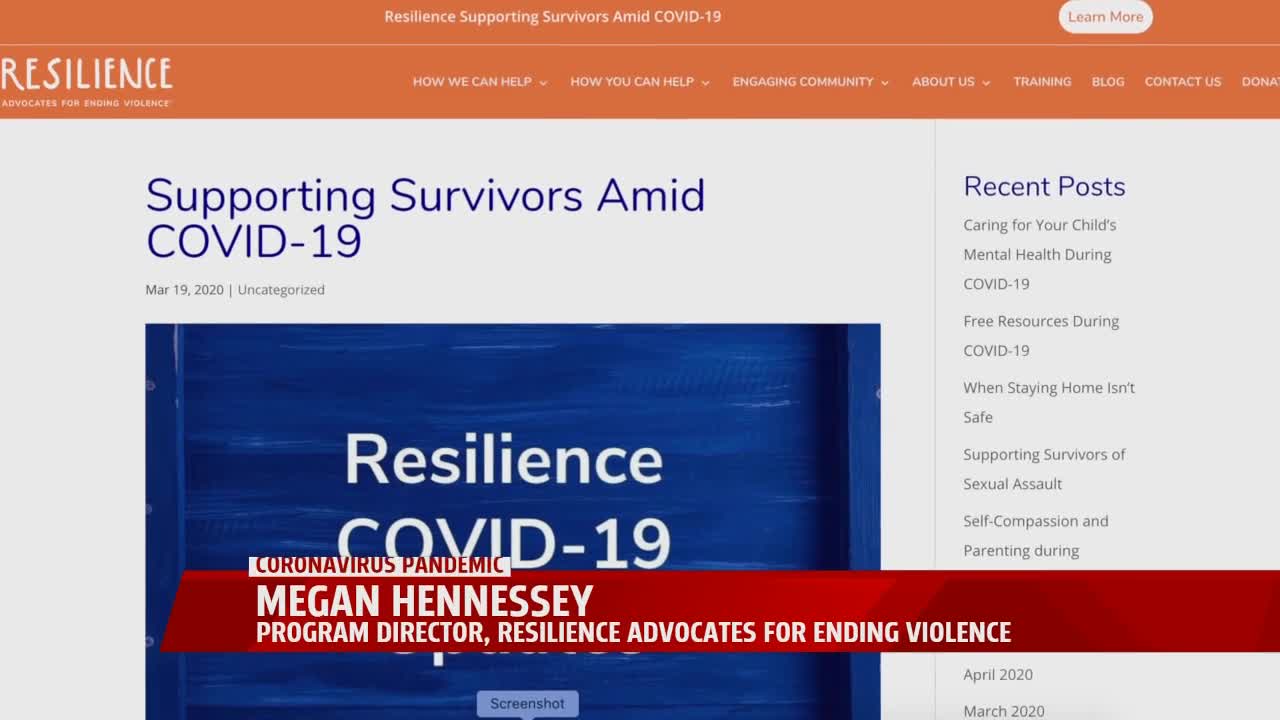 WEST MICHIGAN — With many states implementing Stay-at-Home orders, domestic abuse calls are on the rise all across the nation and in West Michigan.

Many victims may feel trapped at home or unable to get away from a dangerous situation.

"Everyone is in close quarters, we’re not used to being held captive in our homes and so peoples tensions can rise pretty easily,” said Erika Leuffen Salerno, family law attorney and Partner at Varnum Law said.

Salerno tells FOX 17 that she’s not surprised at the increase in domestic violence and child abuses cases she’s seeing.

In fact, in Ottawa County, Resilience Advocates for Ending Violence reports a 66% increase in requests for emergency shelter.

The program’s director, Megan Hennessey said, “Just this week, we had a survivor call us from inside a closet while she was trying to hide the phone call."

Hennessey said there are a few reasons for the spike.

“When home isn't safe and you're not allowed to leave home, usually for a lot of people, their safe places are church or work or school or clubs, other places in the community that they can reach out and get help from, and that’s something that may be cut off right now," she said.

Hennessey added, tensions are high for a lot of people right now, from feeling a loss of control, to finances.

She said, “If they're feeling that stress, a lot of the times the way they deal with that stress is by escalating their abusive behavior, so we may be seeing more people getting hurt or at risk for homicide during this time."

The Resilience Advocates for Ending Violence emergency shelter is full, so they’re working with the community to find other off-site shelter space, but even then, Hennessey notes, it may be tough for someone to get out of their situation.

“Before even COVID- 19, it takes between 8 and 9 times for someone to finally leave their abusive partner,” Hennessey said.

But Salerno does want victims to know, they have options.

“I, quite frankly don't know a family law attorney who doesn't volunteer,” she said “Most attorneys are willing to give 15 minutes of their time on a pro-bono basis, just to guide someone through that process."

Even now with the Michigan’s Stay at Home order, victims can file for a Personal Protection Order.

Salerno said, “The courthouse might be on limited services, but definitely an emergency Personal Protection Order is something the court is going to be ready willing and able to address."

If you can’t get to a lawyer, Hennessey said their organization among others can step in too.

“We are more than happy to help them get the PPO to the courthouse, go through the paperwork for them. It can be really complicated paperwork and so we can go through question by question and help people fill that out," she said.

Now more than ever, Hennessey wants survivors to know that whatever they’re going through is not their fault.

She said, “The actions of somebody who is violent or abusive, it's their choice, they have control over whether they're doing that or not."

Resilience Advocates for Ending Violence is running a Safe Nights fundraising campaign to help with their temporary emergency shelter expansion. Just $76 dollars helps one person with one night’s stay.

You can donate directly right here.

Salerno said this is also a good time for victims to lock down their tech so their partner can’t track them or their activities. She and a few other partners put together a Tips to Counter Surveillance.