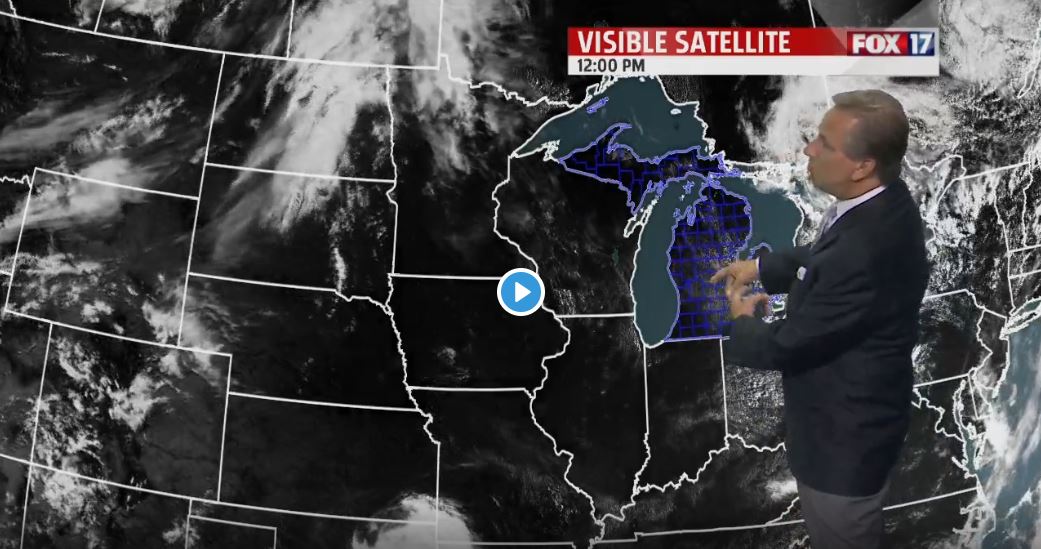 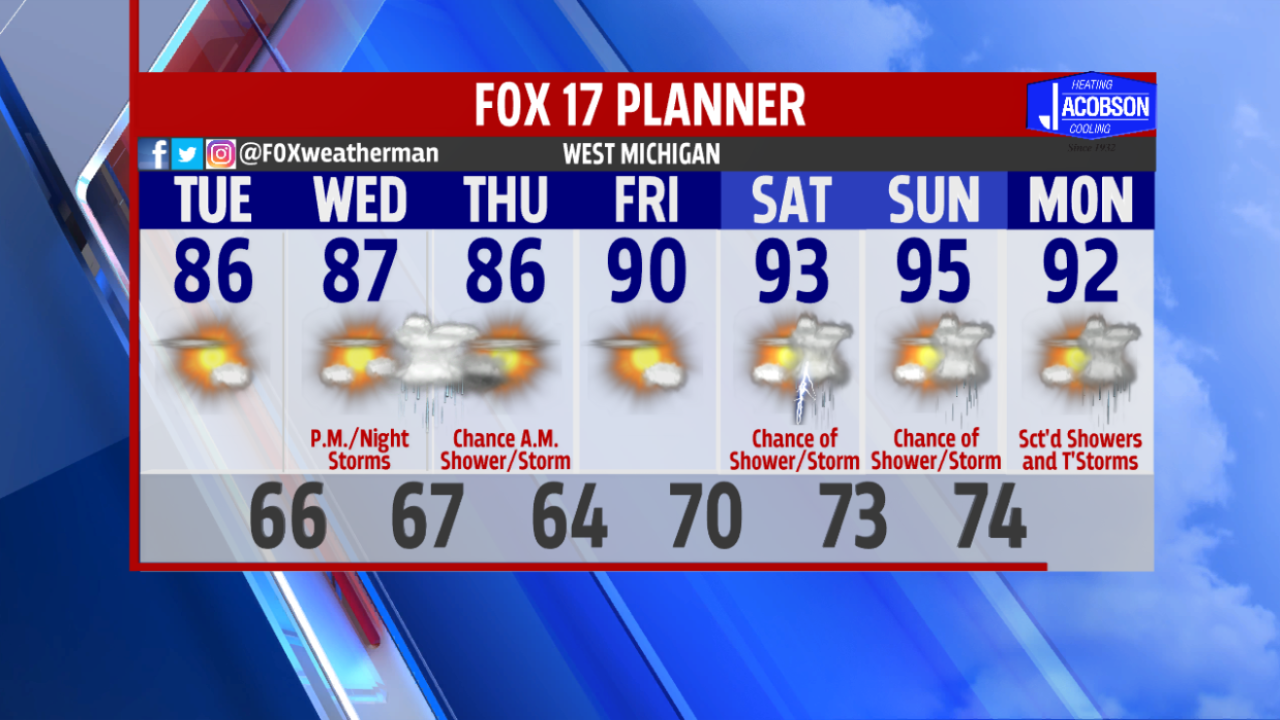 GRAND RAPIDS — The forecast from FOX 17 Chief Meteorologist Kevin Craig: Comfortable temperatures and conditions will continue into Tuesday with highs in the mid 80s and dew point temperatures in the upper 50s to near 60...a reasonably dry air mass. Our next chance of a shower/storm arrives on Wednesday, with a better chance Wednesday night into early Thursday morning along a cold front. Behind this front, another heat wave will commence with temperatures eventually reaching the low/mid 90s this weekend. Humidity will increase as well making our “feel like” or heat indices near 100 or greater.

TONIGHT: Mostly clear and comfortable. Lows in the upper 50s to near 60. Winds becoming south light.

TUESDAY: Mostly sunny to partly cloudy and warmer. Highs in the mid 80s. Winds south at 7 to 14 mph.

TUESDAY NIGHT: Partly to mostly cloudy. Slight chance of shower or thundershower. Lows in the mid 60s. Winds south at 5 to 10 mph.

WEDNESDAY: Partly cloudy to partly sunny. A chance of showers and thunderstorms. A better chance Wednesday night. Highs in the mid 80s. Winds southwest at 5 to 15 mph.

THURSDAY: Chance of a shower/storm early, otherwise some afternoon sunshine. Highs in the mid 80s.