Tonight's Forecast: Chance of a shower or storm 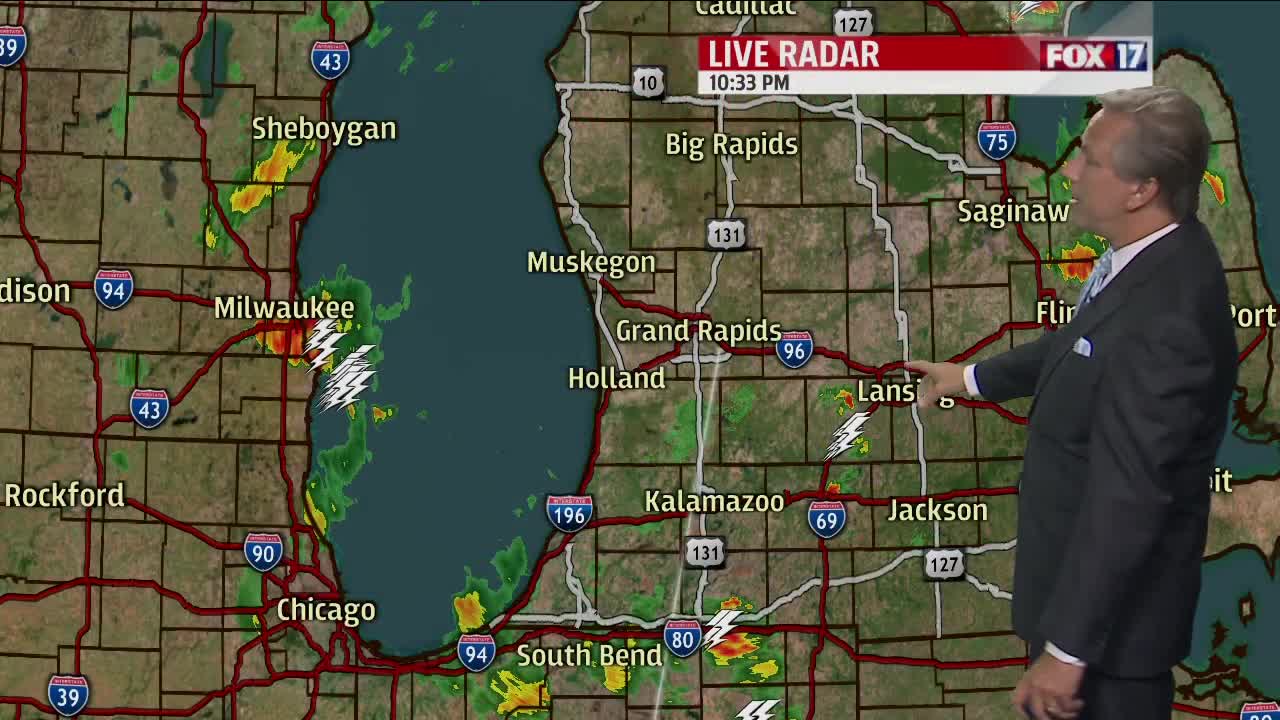 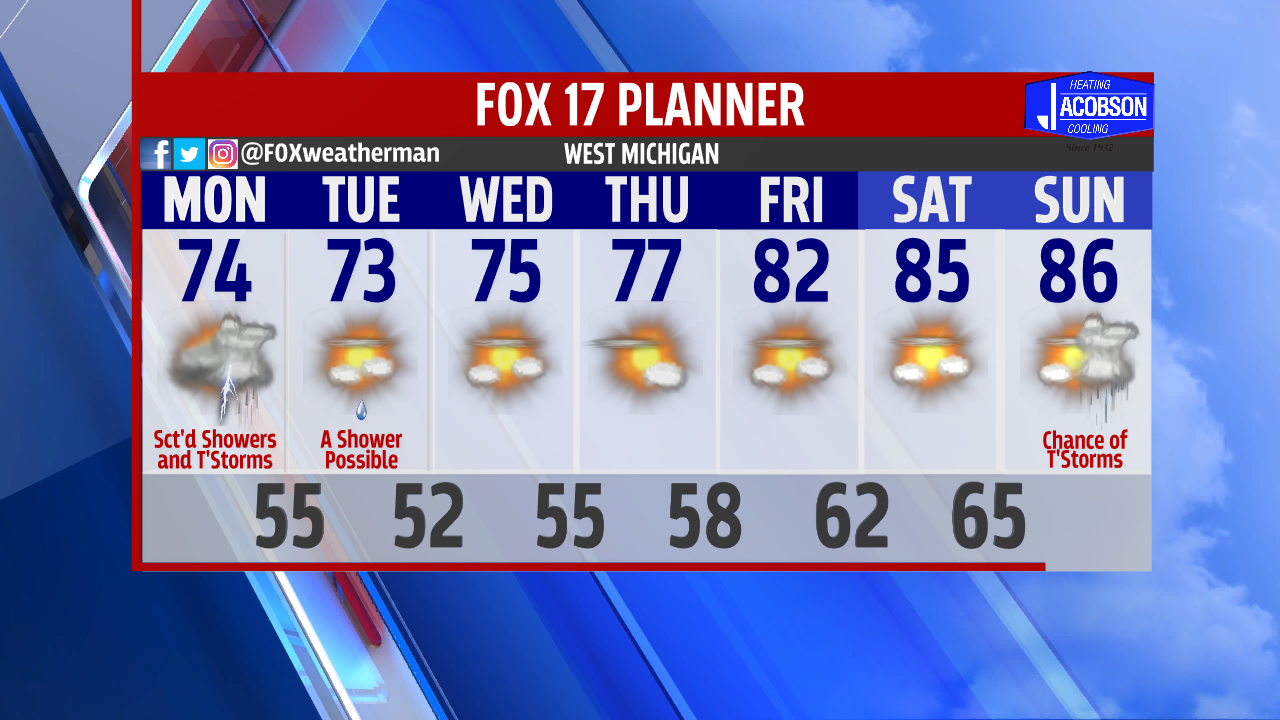 GRAND RAPIDS — The forecast from FOX 17 Chief Meteorologist Kevin Craig: More shower and thunderstorm chances remain overnight and through Monday as a cold front and low pressure system slide through the state. Severe weather is not expected, but some brief, heavy downpours are possible from time to time. While our greatest rain threat departs on Tuesday, a lingering shower/storm can't be ruled out as a strong upper level Canadian low to our north may generate enough instability to trigger an isolated to scattered shower Tuesday. We'll have a moderate to high beach hazard risk on Lake Michigan Monday with small craft advisories for some. This week in general will feature sharply cooler temperatures in the low/mid 70s the next few days with our next warm up into the 80s not arriving until the weekend. Have a pleasant week.

TONIGHT: Partly to mostly cloudy skies. A shower/storm is possible. Lows in the low 60s. Winds north/northeast at 5 to 10 mph.

MONDAY: Mostly cloudy. Scattered showers and a few storms are likely. Highs only in the low/mid 70s. Winds northeast at 5 to 10 mph.

MONDAY NIGHT: Partly to mostly cloudy. Cooler too. Lows in the mid 50s. Winds north at 5 to 10 mph.

TUESDAY: Partly sunny to mostly cloudy with an isolated to scattered shower/storm possible. Highs only in the low 70s. Winds northwest at 5 to 15 mph.