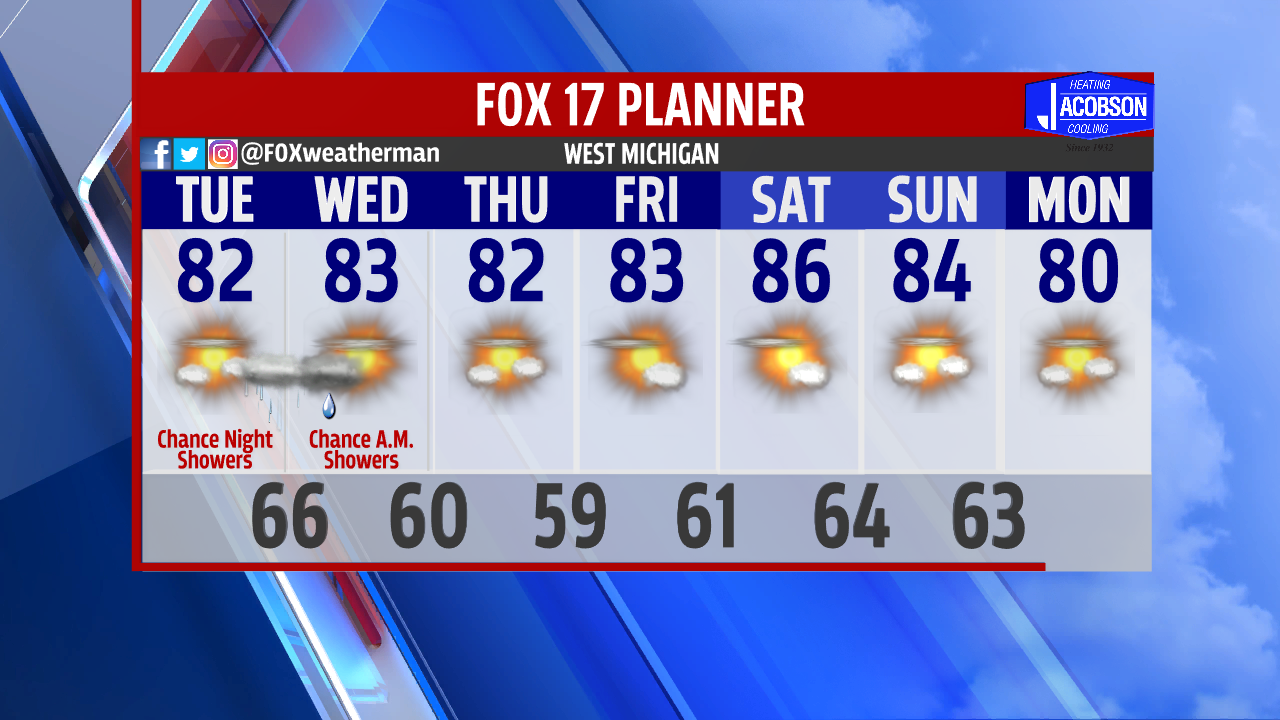 GRAND RAPIDS — The forecast from FOX 17 Chief Meteorologist Kevin Craig: Lower humidity levels will continue to work into the area tonight into Tuesday as cooler, drier air filters in behind a cold front. Dry weather is expected during this time, but an upper level low moving across the northern Great Lakes and a second cold front Tuesday night into Wednesday morning could send a few showers southeastward and into our area. Dry weather should resume Wednesday afternoon through the end of the week. Comfortable temperatures with lower humidities continue through the end of the week.

TONIGHT: Mostly clear and less humid. Lows in the middle 60s. Winds west at 5 to 10 mph.

TOMORROW: Mostly sunny to partly cloudy and pleasant. Highs in the lower 80s. Cooler at the immediate lakeshore. Winds west at 10 to 15 mph.

TOMORROW NIGHT: Becoming mostly cloudy. A chance of showers after midnight. Lows in the middle 60s. West/southwest wind at 5 to 15 mph becoming light and variable.

WEDNESDAY: A chance of morning showers with mostly cloudy skies. Becoming partly sunny in the afternoon. Highs in the low/mid 80s. West winds at 6 to 12 mph.

THURSDAY: Partly cloudy and comfortable. Highs in the lower 80s.