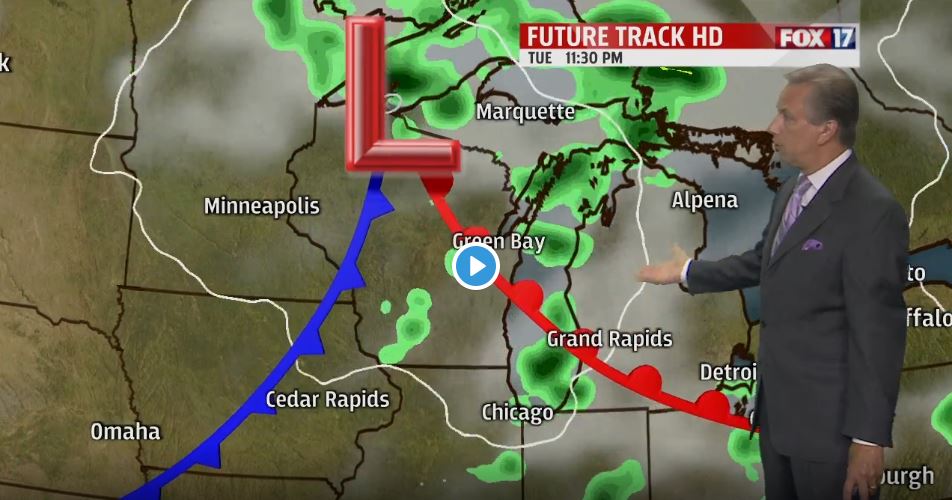 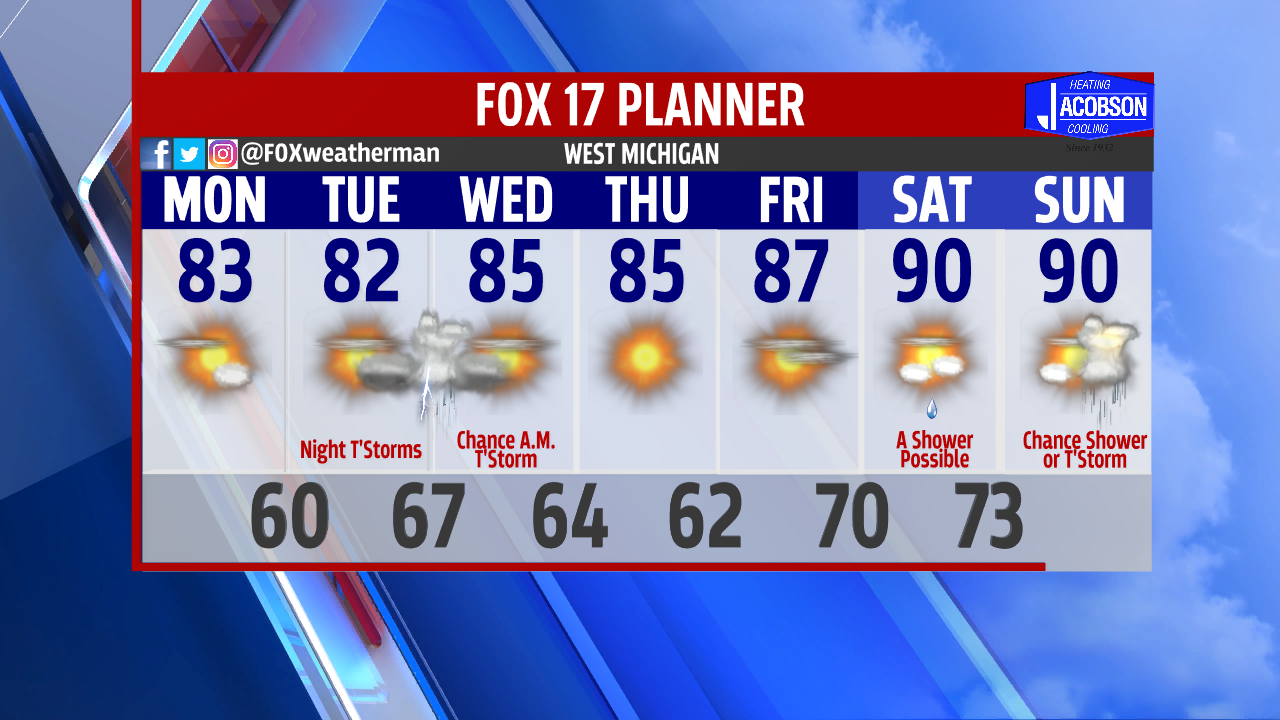 GRAND RAPIDS — The forecast from FOX 17 Chief Meteorologist Kevin Craig: The very hot and humid conditions we've seen the past few days will gradually come to an end. A much drier, refreshing airmass is on the way. It will be a bit less humid overnight, but the true effects will be felt on Monday as dew point temperatures gradually drop off from the mid/upper 60s into the upper 50s to lower 60s. We've actually had a very tropical, moisture-laden atmosphere with dew point temperatures in the low/mid 70s, so the change will feel great. Recall that the higher dew point temperatures mean more moisture in the air. Our next shower/storm chance arrives later Tuesday evening, probably Tuesday overnight into early Wednesday morning as another system moves into the region. We also expect to build more heat and humidity (again) by next weekend as highs approach 90 Saturday and Sunday. Have a pleasant week.

MONDAY: Mostly sunny to partly cloudy and less humid. Highs in the lower 80s. Winds west-northwest at 10 to 15 mph.

MONDAY NIGHT: Clear to partly cloudy and comfortable. Lows in the upper 50s to near 60. Winds north/northeast at 5 to 10 mph.

TUESDAY: Partly sunny with a chance of evening showers/storms. Better chance Tuesday night. Highs in the low 80s. Winds southeast at 5 to 10 mph.

WEDNESDAY: A chance of lingering morning showers...perhaps a t'storm, otherwise some afternoon clearing. Highs in the mid 80s.