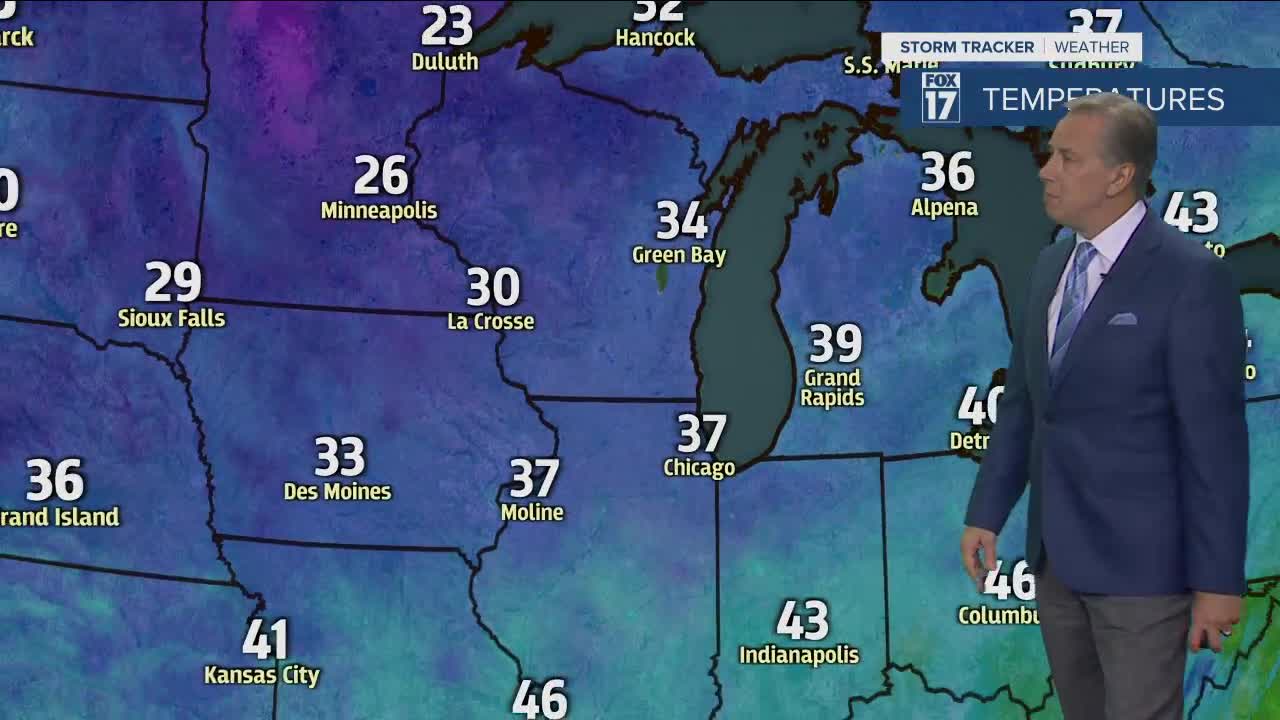 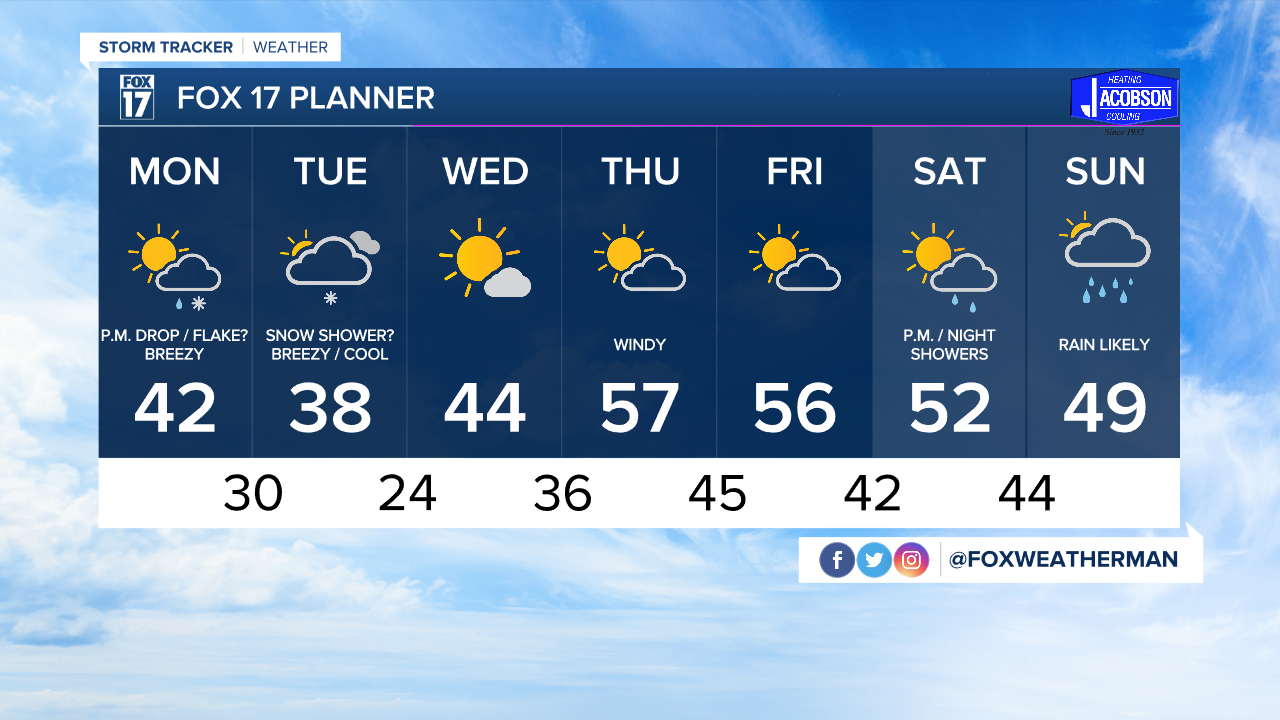 WEST MICHIGAN — The forecast from FOX 17 Chief Meteorologist Kevin Craig: Winds will gradually diminish a bit overnight from the west at about 10 to 20 mph. We recorded gusts around the area on Sunday between 55 and 68 mph. These gusts have lead various power outages and significant beach erosion. We'll see breezy conditions on Monday, but winds will not be nearly as strong. Look for a chance of some rain/snow showers Monday and Tuesday before another warm up into the 50s occur beginning Thursday.

TONIGHT: Early overnight rain/snow showers are possible, otherwise cloudy and breezy. We may see the clouds decrease late tonight into Monday morning. Lows in the low/mid 30s. Winds west at 10 to 20 mph with some gusts around 30.

TOMORROW/MONDAY: Partly cloudy to partly sunny with a chance of some light P.M. rain/snow showers. Breezy too with highs only in the lower 40s. Winds west at 10 to 20 mph.

MONDAY NIGHT: Partly cloudy and cold. Lows around 30. Winds west-northwest at 6 to 12 mph.

TUESDAY: Partly sunny to mostly cloudy, breezy, and cool with a few snow showers possible. Highs in the upper 30s. Winds west-northwest at 10 to 20 mph.

WEDNESDAY: Mostly sunny and pleasant. A bit warmer. Highs in the low/mid 40s.