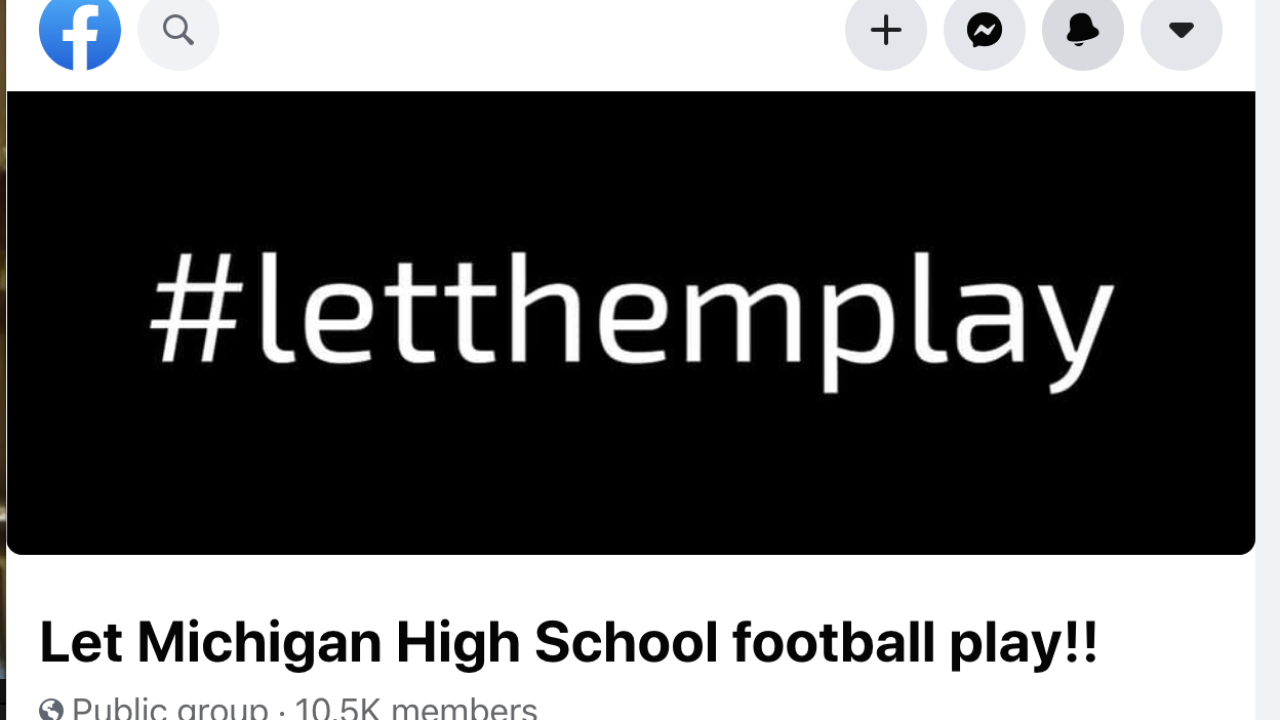 (WXMI) — Friday's decision by the MHSAA to postpone football to the spring is not sitting well for many parents, coaches and players.

The Facebook group 'Let Michigan High School Football Play' has over 10,000 members, all with a simple message: let them play.

Jayme McElvaney is a mother to a Milan football player and started the group after Friday's news.

"I knew that we all needed an area to get our thoughts together as to how we're going to move forward, if we're going to fight this," McElvaney said.

The Facebook group has given parents like Jodie Obande, the mother of Unity Christian senior, Malekhi Obande, a place to voice her concern after Friday's decision.

And the group is more than just football families as it also includes several cheerleaders, band members and their families.

"There are thousands of other parents who are going through the exact same thing," said Carina Cosby of Sturgis. "Now, we get to go through it together and figure out what, if anything, we can do."

Cosby's son is a senior at Sturgis High School. She was there when the players were told their season was moving to the spring, which led to a Facebook rant that quickly picked up over 2,000 shares.

"We watched 55-plus players come off that field with tears streaming down their faces," Cosby said. "It's an image I'll never forget."

For now, high school football in Indiana remains a full go, just 10 minutes south of Cosby's home in Sturgis, which is fueling more of her frustration.

"There's not a COVID curtain between Michigan and Indiana," she said. "They're not doing any better than we are up here."

The group is hoping the MHSAA will reconsider their decision of moving football to the spring.

"It was place for parents bonding together," Obande said on the group. "Parents coming together to help our boys and have a voice."

For others like Katy Gilchrist, Friday was extremely emotional as she found out her son's senior season would be moved.

"I don't think people understand the difference that being a part of a team can have in a kid's life," she said. "I watched my boys go from coming home happy after practices, pumped up after months of isolation, to the flip of a switch, depressed."

Without the guarantee a season can be held, even in the spring, the group is making sure their voices are heard.

"We feel the need right now in this group to fight now," McElvaney said. "Instead of waiting, instead of crossing our fingers for spring and then having to fight then."

The group has also started a petition, which can be found here.