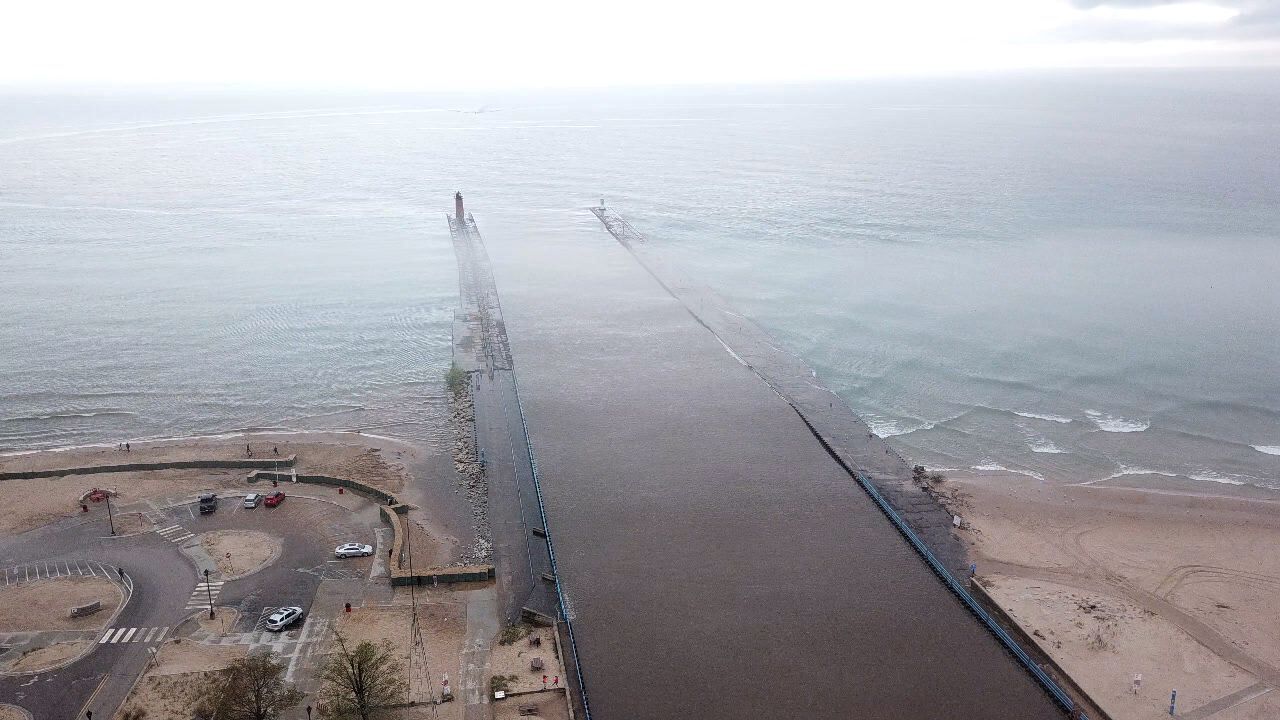 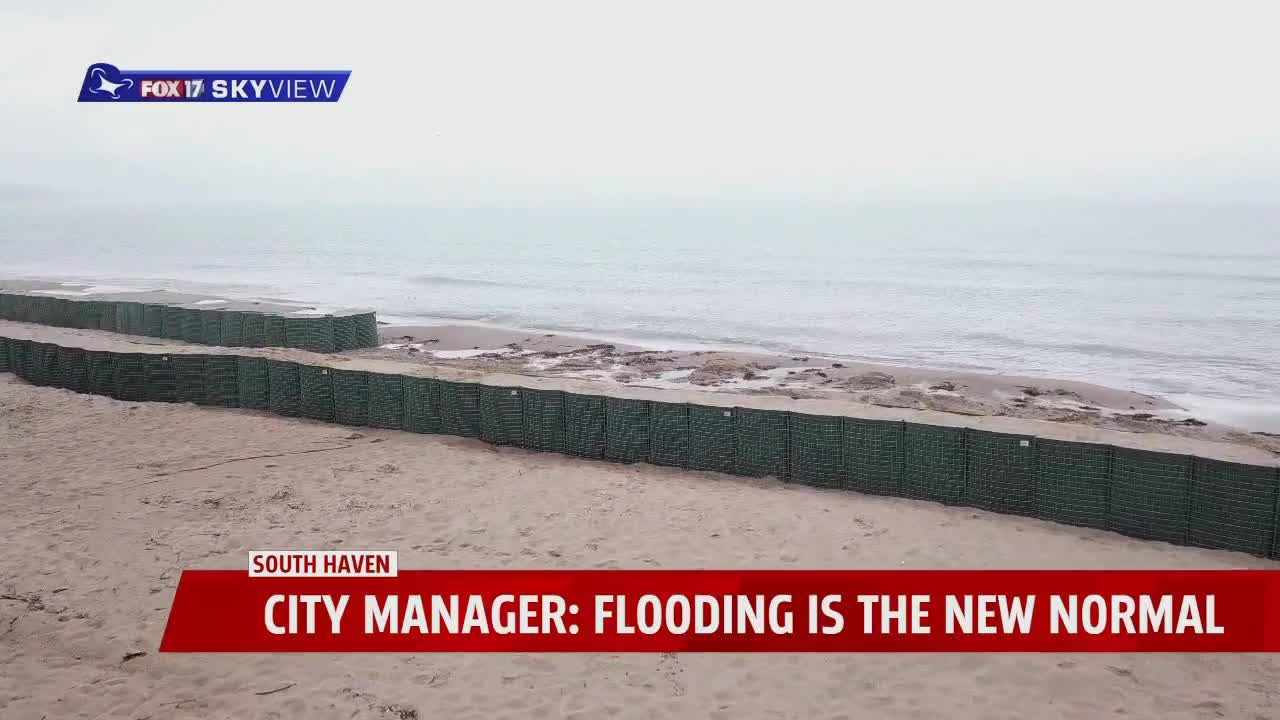 SOUTH HAVEN, Mich. — Extreme rainfall over the past few days has made it tough for cities and towns on Lake Michigan to keep pace.

With Lake Michigan at record highs, the city of South Haven has already been on high alert for flooding.

"Honestly, this year will be a lot of concern," added the South Haven Director of Public Works, Bill Hunter, "every time an event like this happens and I see the weather like this, I'm worried."

Last week, the city prepared for an event like this rainfall, bringing in over 1,500 feet of Hesco barriers to line the beach and to protect the water treatment and waste water facilities.

"We have probably five to 600 lineal feet of hesco barriers that have been erected along the beach," Dissette added. "They are placed there to protect critical infrastructures, there's a million gallons of drinking water stored under the beach, that's what we're trying to protect."

The biggest problems for the city of South Haven have come not only at the water treatment facility at South Beach but also at the waste water facility off of Wells Street.

"Right now, our influent in the plant is boiling over and the good thing is we already planned for this," Hunter said, "we purchased pumps and are having them activated."

In the coming weeks, Hunter says he and the city's staff are working hard to make sure it doesn't become a bigger problem.

"Without the waste water plant, it boils over," he said, "for example, if we have to do a sanitary sewer overflow, that effects our beaches. So now, you have no contact orders and that effects the river, plus it effects the ecomonics of people coming to South Haven."

The city is looking at permanent long-term fixes for the flooding problems but those could cost as much as one-million dollars.

"Long term would be raising the elevation of the road ways going in, taking the pumps that we have and making quick disconnects into some portions of the plants," Hunter said on their consideration, "running a storm sewer line in there, too."

Hunter says the public is at no risk right now and he doesn't expect that to change, but he knows he will have to watch this summer's water levels very closely.

"I'll have to buy more Tums this year and get through it," he laughed, "but I can't say it's not a concern. Right now, we have temporary measures in place and there's hope that the lake levels go down but it could be a few years it maintains, so we have to look at permanent measures.