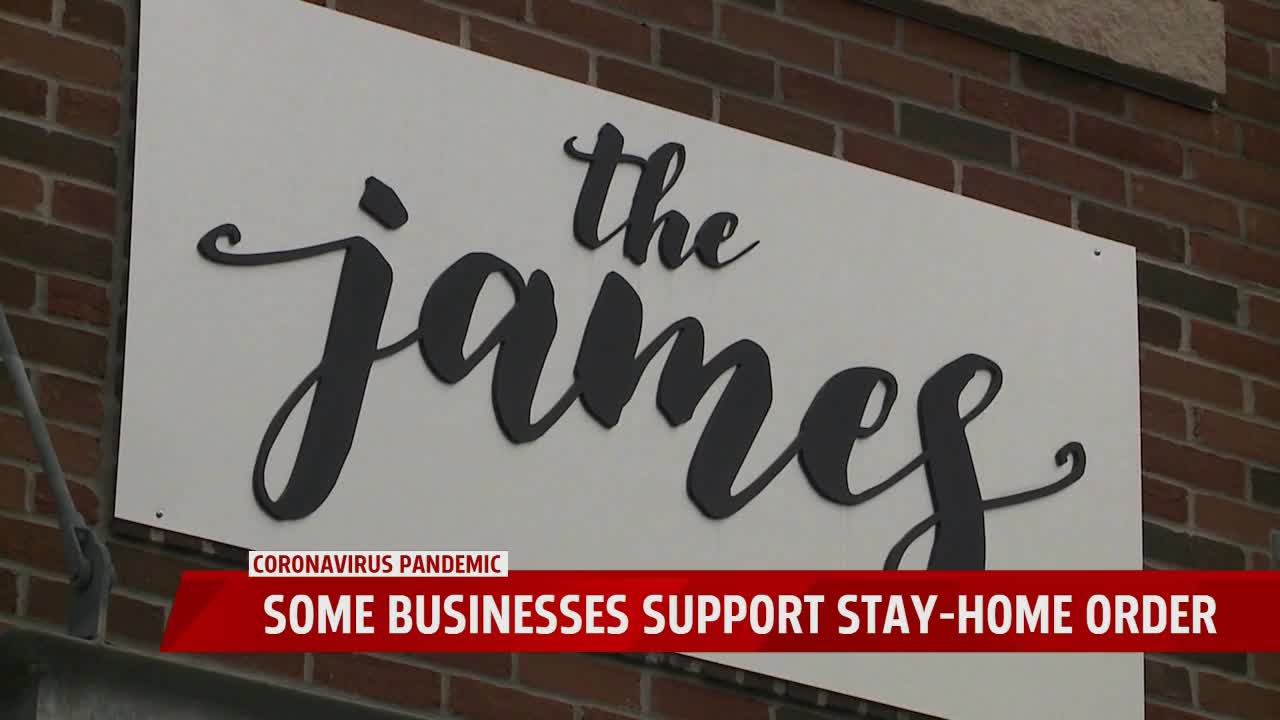 GRAND RAPIDS —
Many small businesses are shut down all across Michigan during Governor Whitmer’s Stay Home, Stay Safe Order. While many companies who say they can work safely, but aren’t allowed to, are unhappy with the restrictions in the order, other small businesses say they’re supportive of the order, even if it’s hurting their bottom line.

One of those business owners is James Garnant, who owns The James Salon and Boutique in East Grand Rapids and Ada.

He tells FOX 17, as entrepreneur, this is not the what he dreamed of for himself and his nearly 50 employees, but the Stay at Home order is important to flatten the curve, so everyone can go back to work sooner.

He said, “We've lost hundreds of thousands of dollars in revenue just in the last three weeks, so it's not something we planned for or had hoped for."

Garnant opened his first location in East GR 13 years ago and said he never thought he’d have to send all of his staff home until further notice.

“It's been difficult because, you watch 47 employees applying for unemployment."

Garnant recently opened his second location in Ada, adding to the financial strain of COVID-19.

“Last August, we opened our second location and acquired hundreds of thousands of dollars in loans, so it's affected us negatively," Garnant said.

Even in financial limbo, Garnant is pleading for all Michiganders to stay at home.

He said, “It's obviously not something I love because we're losing hundreds of thousands of dollars with my business right now, but because we're staying at home and following the governors recommendations and guidelines.”

According to the experts from the state, the curve does seem to be flattening in Michigan.

It’s a small victory, but one Garnant believes is due to social distancing.

“If we all do this together and just sit tight at home, this is all going to be over a little quicker," he said.

Garnant does admit he’d like to see some of those newer restrictions from the governor lifted however.

“I wish she would lighten up a little on the planting and the boating and the paint, but I also understand that because if we don’t stay home, this is going to keep on continuing."

To those who oppose the Stay at Home Order, he has just this to say.

“We have to think bigger than ourselves right now.”

FOX 17 did hear from the Service Employees International Union of Michigan Wednesday, who said that while they have employees who have no choice, but to work they’re asking everyone else to stay home.

Garnant is encouraging everyone to support small businesses right now by buying gift cards or even buying products from them online.