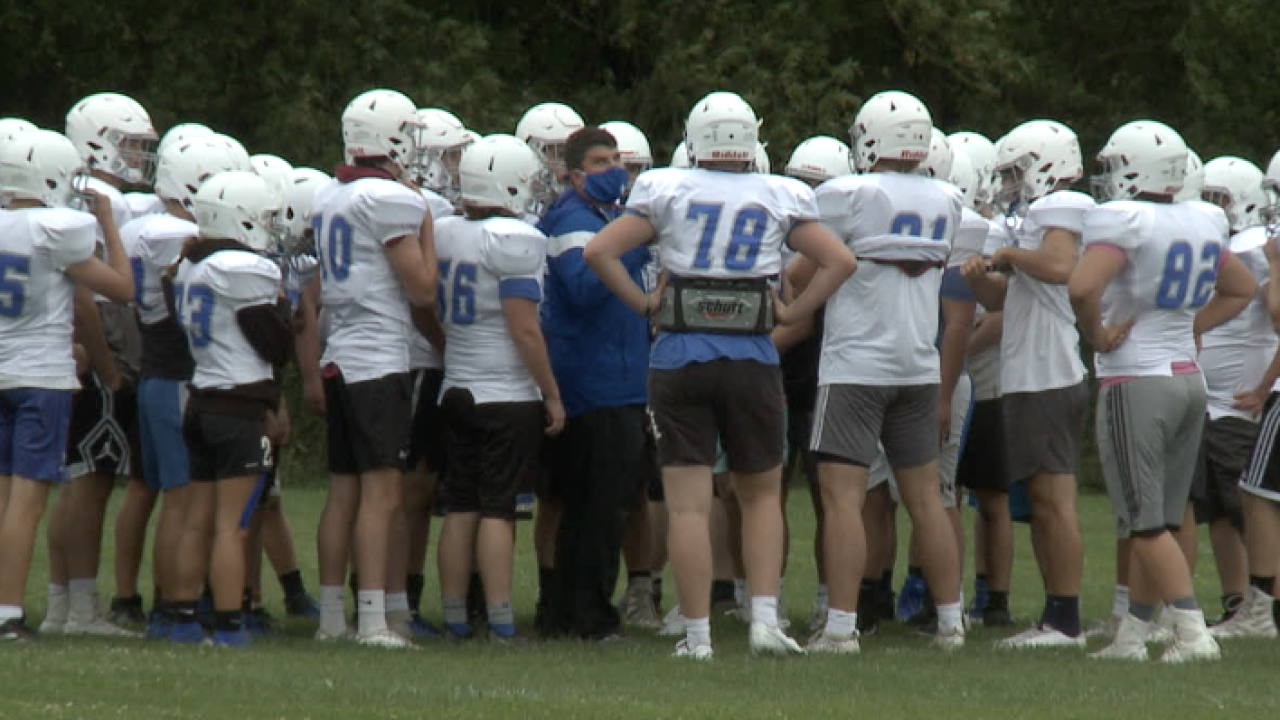 At the same time, it left many of them with a lot of work to do, working to bring back their athletes that have decided to try other sports.

"To get a surprise call on Thursday at 3:30 saying, 'hey, football is back on,' there's a lot to be done," said Hopkins head football coach, Cody Francis, who is now in his tenth season.

Francis is still assembling his football team, just over a week away from their first game.

"I encourage a lot of kids to go be competitors," Francis said, "and go play other sports like cross country and soccer. Now, we're having those conversations with them to figure out if they want to come back, or stay, or do both."

After football season was moved to the spring, two of the Hopkins varsity football players opted to play boys soccer.

"I just wanted something to do," said junior Andrew Williams, "I was hoping we'd have a season and it turns out we have two now."

And now those players are left with a decision to make - play two sports in the fall or choose one or the other.

"I'm going to do mainly football and then help out the soccer team with games," said fellow junior soccer and football player, Tanner Neuman, "that's what's going to work best for both teams."

But for Williams, he doesn't know if it will be that easy.

"I don't know if it's possible, football is really competitive in practice to get your position," he said, "to get the playing time you want, you have to be there every day giving it your all. I have a feeling I'll have to make a choice."

For other former football players, they chose to run cross country and Tuesday marked day one of two practices, going from one to the next.

"I don't know what to do now, because I'm trying to do two sports and I just got a job as well," said junior cross country runner and former football player, Caleb Beilby, "I have a lot to do."

"I'm planning on doing both practices, I'll have to talk to both coaches and see what's up with that," he said, "run the meets for cross country and play the games for football."

While the kids are happy to have football back, they're also stuck making a major decision, just like Beilby after he informed the football program on Tuesday that he would be focusing on cross country.

"Everything is screwed up, because now people are doing other things, they thought they were in their offseason," he said, "it just threw a wrench into things I guess."

And at a small school like Hopkins, Francis says he's happy kids have found other sports and are competing, but it certainly doesn't help the football roster.

"Is it going to hurt losing them? Yeah," Francis explained, "when you're in the low 20s on [with your roster] and you suddenly have two kids leave you, suddenly you're looking to be 20 and above and looking at sophomores to bring up."

The Vikings open the football season at home on Sept. 18 by hosting Orchard View.