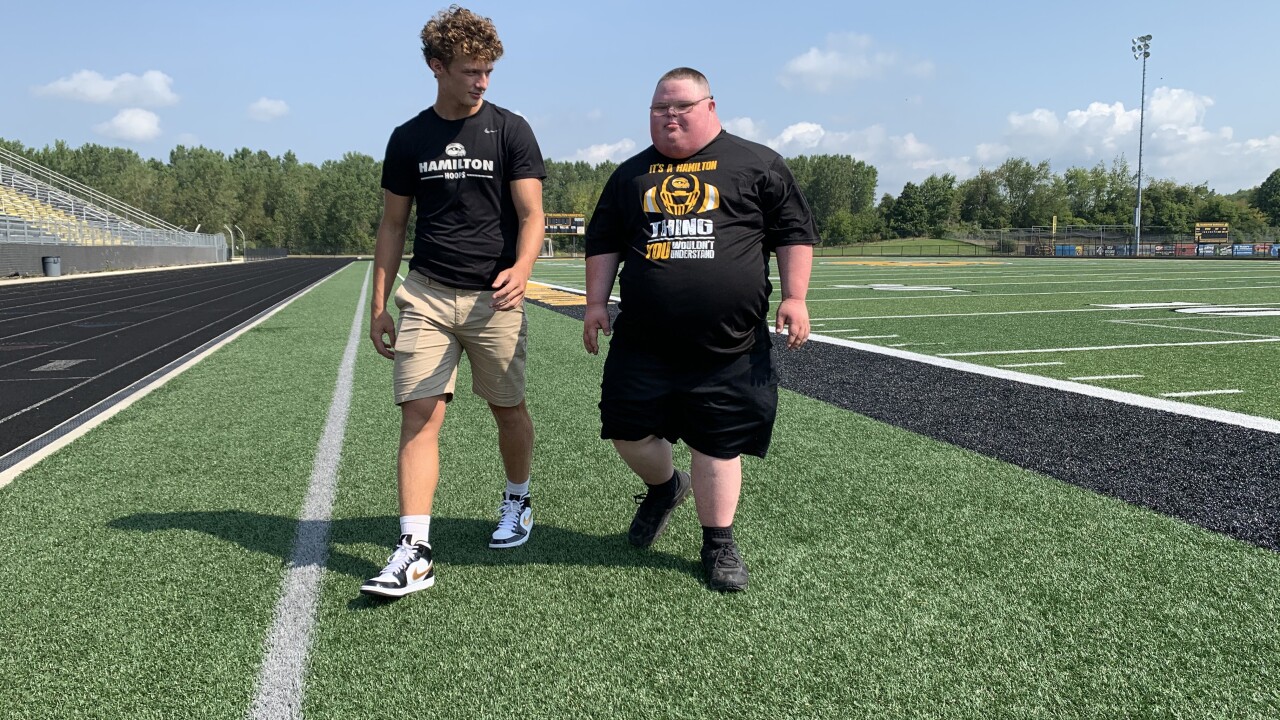 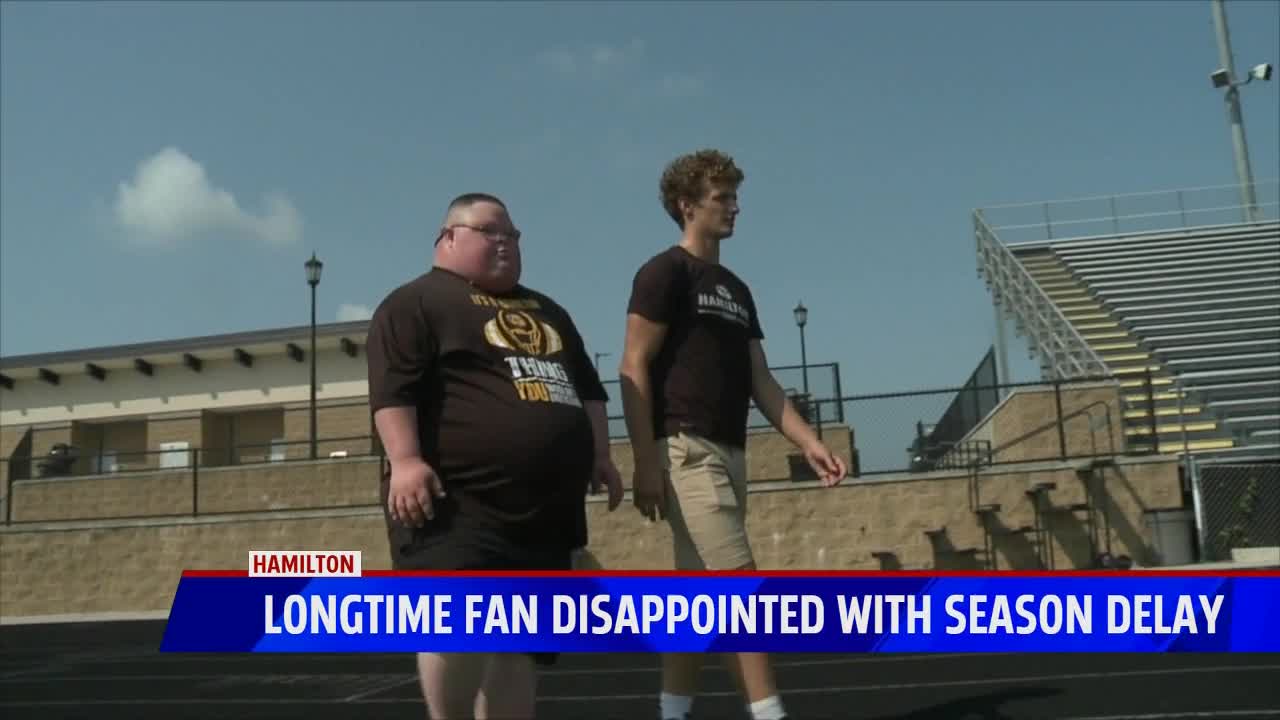 HAMILTON, Mich. — High school football players, coaches, and parents around the state of Michigan are coping with the decision to move football to the spring.

However, at Hamilton High School, it's much bigger than just a sport.

"I give them high five," said 23-year-old Jacob Sharp.

Sharp, who has Down syndrome, graduated from Hamilton High School in 2017, but is still a big part of the Hawkeyes football program.

"Jacob has a passion, he knows he has a job to keep the morale on the sidelines positive," said his mother, Lisa.

This fall would have been Jacob's ninth season around the program and he plays a key role at every game.

"He felt valued by being a part of the teams over the years," added his mother, "and being a positive, not only on the field, but just in general, in the lives of the players."

And the players and parents have loved having Jacob on the sidelines.

"He always pulls me aside and just says, 'hey, if you're on offense, run the ball and run for the touchdown,'" laughed Hamilton senior Tyler Stezowski, "I'm like, 'alright, I got you Jake,' it's just fun having that conversation."

Jacob is always on the sidelines at games pumping up the crowd.

"Jake is a rockstar in Hamilton, man," added Tyler's father, Brian Stezowski, "when you see him, he gives you that big smile or gives you the hand up, you always feel loved when you talk to him."

Jacoob's mother also says football has helped his communication skills and it's something he looks forward to every year.

"He puts football on his calendar," Sharp said, "but he won't see those footballs on his calendar this year, he may not understand it but he will definitely miss it in his heart."

While he will miss the sport, it's all about companionship.

"I like to be with everybody," he told his mother.