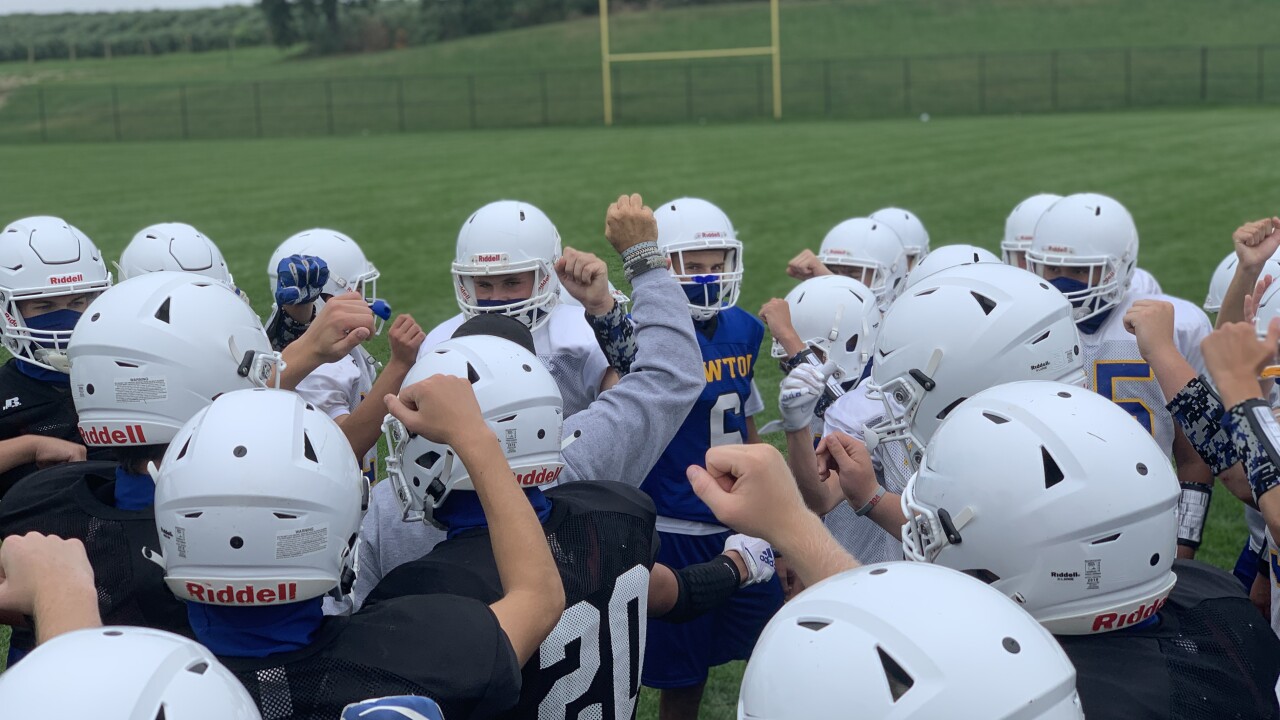 LAWTON, Mich. — Lawton is one of six schools in the state of Michigan receiving the 'Touchdown in Your Town' grant from the Detroit Lions.

"There are other schools that have very nice things and schools that might be bigger or more fluent," said Lawton head football coach, Wade Waldrup, "but our kids live and die football. They deserve it as much as any community does."

Jim Turner has served as the operations director for Lawton Community Schools for 20 years now and has also been heavily involved with the football program.

Turner was responsible for putting the Blue Devils' football program in the pool of 58 applicants across the state.

"Some of these kids don't get the nicest things at home," Turner explained, "we're over 50-percent free and reduced [lunch] kind of environment here, so our kids don't always have all the money and everything."

Lawton will receive 18 brand new Riddell speedflex helmets, each valued at around four-hundred dollars, which will be outfitted to the seniors first.

The program will also receive a ten-thousand dollar grant which will be used for brand new shoulder pads.

"We have a lot of good shoulder pads and then we have some that are starting to get worn out," Waldrup added, "we'll pass the good ones down to the junior varsity and we're going to get the new pads to our varsity group."

And the linemen are excited about the opportunity to get new equipment.

"I can't wait for the shoulder pads, personally," said senior Daniel McCarthy, "they're going to get us the thinner ones, no linemen likes these big, bulky shoulder pads. That will be a lot more comfortable for us to play in."

While the coaches had informed the players they had received the grant, it didn't really set in until Detroit Lions players Kerryon Johnson and Matthew Stafford made the announcement.

"I didn't know who it would be and then when it was Kerryon Johnson, I thought that was pretty cool," Waldrup laughed, "Matthew Stafford is pretty cool but we think of ourselves as a power team. Kerryon Johnson is kind of a power guy."

For a small community like Lawton, the recognition and support means everything.

"You see all the big schools get these opportunities and grants, stuff like that, but when a smaller school gets it, it's just a great opportunity," said senior wide receiver and safety, Connor DeVries.

The Lawton players and coaches are also invited to join an exclusive virtual conversation with current and former Detroit Lions players later this fall and will also receive a three-thousand dollar grant for milk after practice.