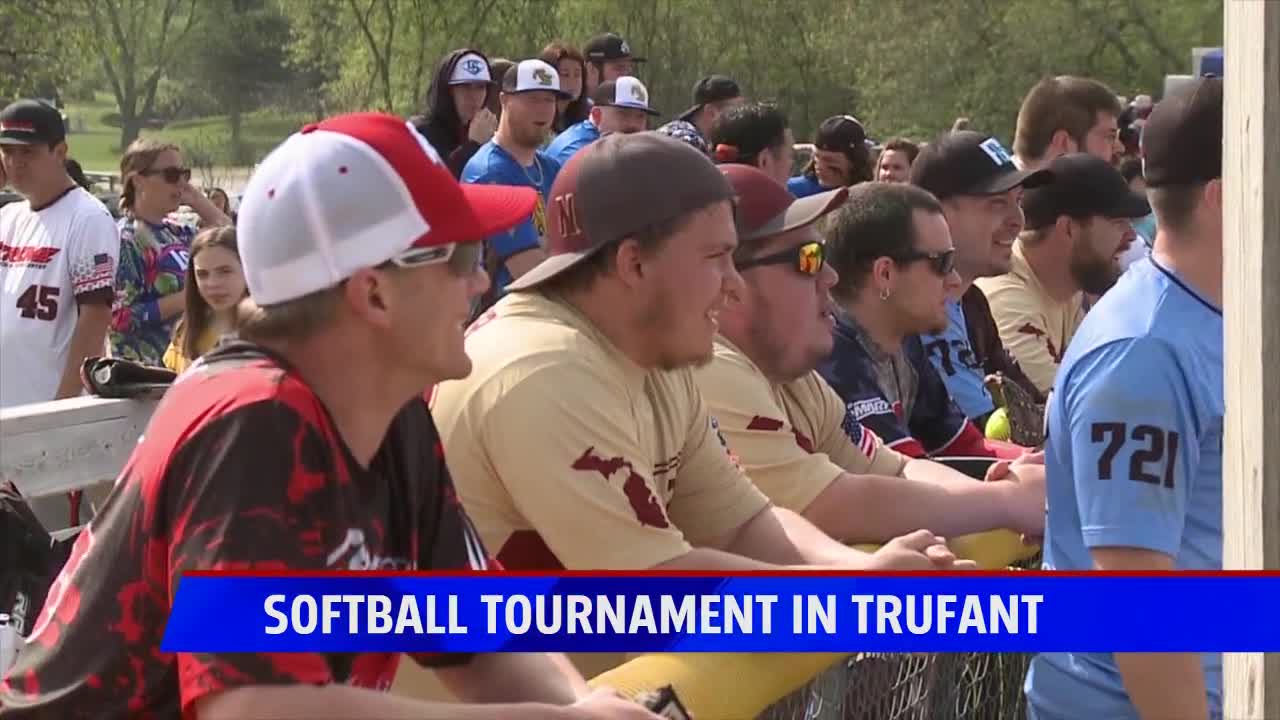 TRUFANT, Mich. — It's a sense of normalcy for hundreds in the small town of Trufant this weekend.

"This is awesome, everybody has been wanting this, to get out and just be normal," said softball player John Koval.

Memorial Day weekend is typically a time for big softball tournaments but almost all of them have cancelled due to the ongoing pandemic.

"There's tournaments in July that have already cancelled," said co-organizer, Jordan Kraft, "so we wanted to do something for people to come enjoy but it's crazy, it really is."

Kraft and a few of his friends organized the softball tournament and the response was unbelievable.

"My phone was blowing up non-stop for the last three weeks," Kraft laughed, "we had nine teams on a waiting list that we couldn't let in because we didn't have room."

Despite the ongoing stay-at-home order, teams came from all over the state to play, with over 700 people expected to play or at least attend by the end of the tournament on Monday.

"Once we realized we could do this, we did it," said fellow co-organizer, Josh Scott, "but we didn't expect this, this is three times what we expected, probably."

With so many in attendance, the organizers say they have tried to get everyone to social distance as best as they can but it's not always possible.

"We have talked to people about trying to be cautious with other people's space," Scott added, "but obviously, we can't tell people what to do. If we did, we wouldn't be here right now."

The organizers also add that the tournament is a small way to protest the current orders from Governor Whitmer after she extended the stay-at-home order on Friday. Another primary focus for the tournament was helping out small businesses.

"For the town, the party store has their best weeks when we play ball, the restaurants and small businesses in the area are doing better because we bring such a following into the area," said Kraft.

"It's a beautiful day, people have to get out because of the stress level of being locked up in their homes," added Koval, "now, they're out and doing something normal like playing ball."