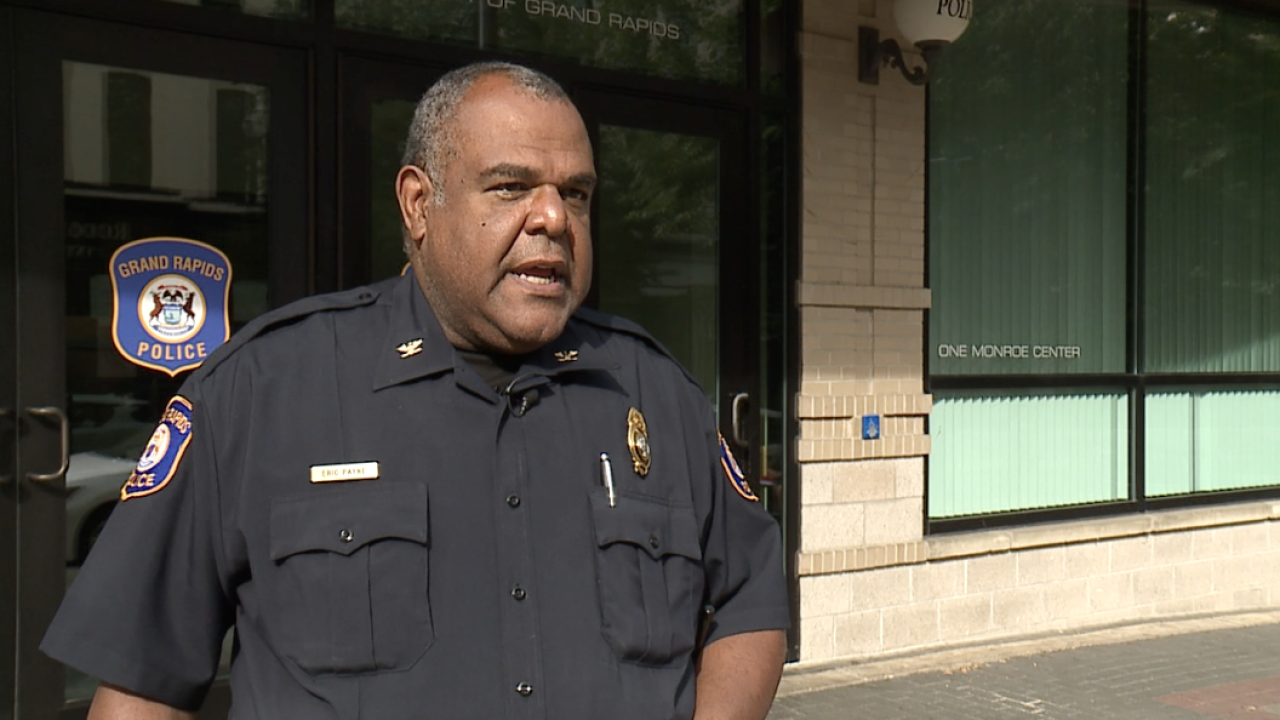 “Like banning chokeholds, that is not a trained technique in the Grand Rapids Police Department," Payne said. "We do not train our officers to use neck restraints unless it’s a deadly force situation."

While chokeholds have not been taught or practiced with GRPD for some time, after George Floyd's death, they put that ban in writing.

“Putting that into our use of force policy, so everyone understands that, to do better in our transparency,” Payne said.

Payne said they're also asking the city to let them change spending in their budget to hire civilian employees, starting with a communications person who is not a sworn officer.

“Better communications with the community," Payne said. "Having a dedicated person will be a long term solution to this."

Previously, this job has only been done by officers. Payne is requesting to shift those funds to be spent on a civilian employee to do the job at the City Commission meeting on July 7.

“We’re committed to it, We can’t rest on one and done and we’re over with it. We’re constantly looking at how we can improve the service we’re giving the community of Grand Rapids."

Payne said they also are working to implement "8 can't wait," before the August 4 deadline amongest other changes you can find information on here.