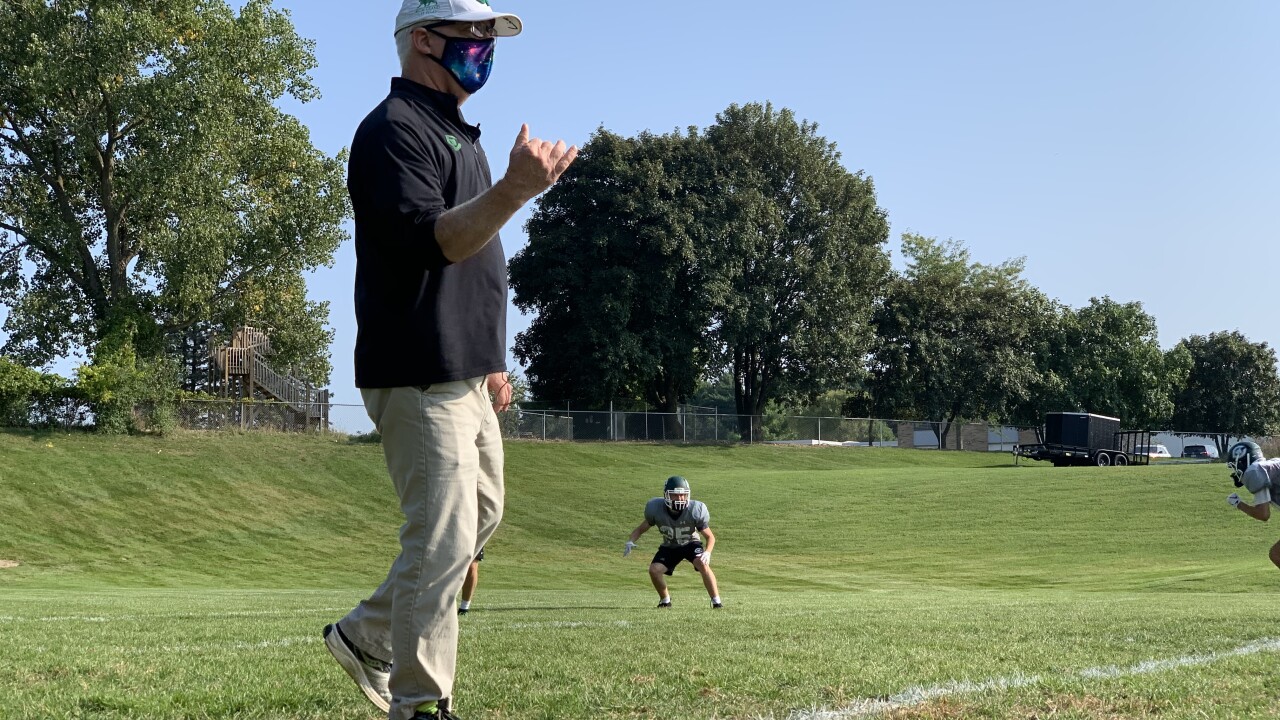 In fact, Fr. John has a major passion for sports, especially football, as he enters his 12th season of helping out the West Catholic football program.

"After I was offered the job, he was the second phone call I made," said West Catholic head football coach Justin Michalowski.

Assistant football coach at West Catholic is also a priest

It was the second call, right after he called his wife, and Fr. John was happy to accept.

"He asked if I was still going to be a part of the program with him as the head coach, and I said, 'Yeah, I'll help any way you need,'" Fr. John said.

Michalowski and Fr. John, or 'Padre', as the coaches call him, have been coaching together for over a decade but are now both in their second year at the varsity level.

"(We) have been coaching together at West, at the same level, for about 12 years," explained Michalowski.

Fr. John specializes in special teams but also helps out with wide receivers and, as he puts it, so much more than just positions.

"I noticed all these years that when I'm out on the field at practice, the language cleans up a bit," he joked.

In all seriousness, Fr. John knows the sport and has had a big impact on the Falcons.

"It keeps everything in perspective," Michalowski said. "He does so much for the kids. He's not just here as a spiritual leader; he knows the game of football, and he's really good at what he does."

Of course, being a priest doesn't allow for much free time, because Fr. John is also volunteers at DeVos Children's Hospital and several other parts of the community. But football takes up what free time he has left.

"I do watch a lot of film, like every coach does," Fr. John said, "so you sort of learn how to schedule your day. The team knows church is first, because that's where I work. This is sort of secondary, and they all go together."

And he's no stranger to saying a prayer on the sidelines for the Falcons but says that's not quite how the game works. "Many games, they're like, 'Where's Father at?' because they know there's a priest over there, and they're thinking they'll win because you say God is helping you. But that isn't how it works. You have to use your God-given ability."

Fr. John and the Falcons will host Unity Christian in a big OK Blue matchup on Friday night.