Carnival vendors open for the first time this year in Dorr 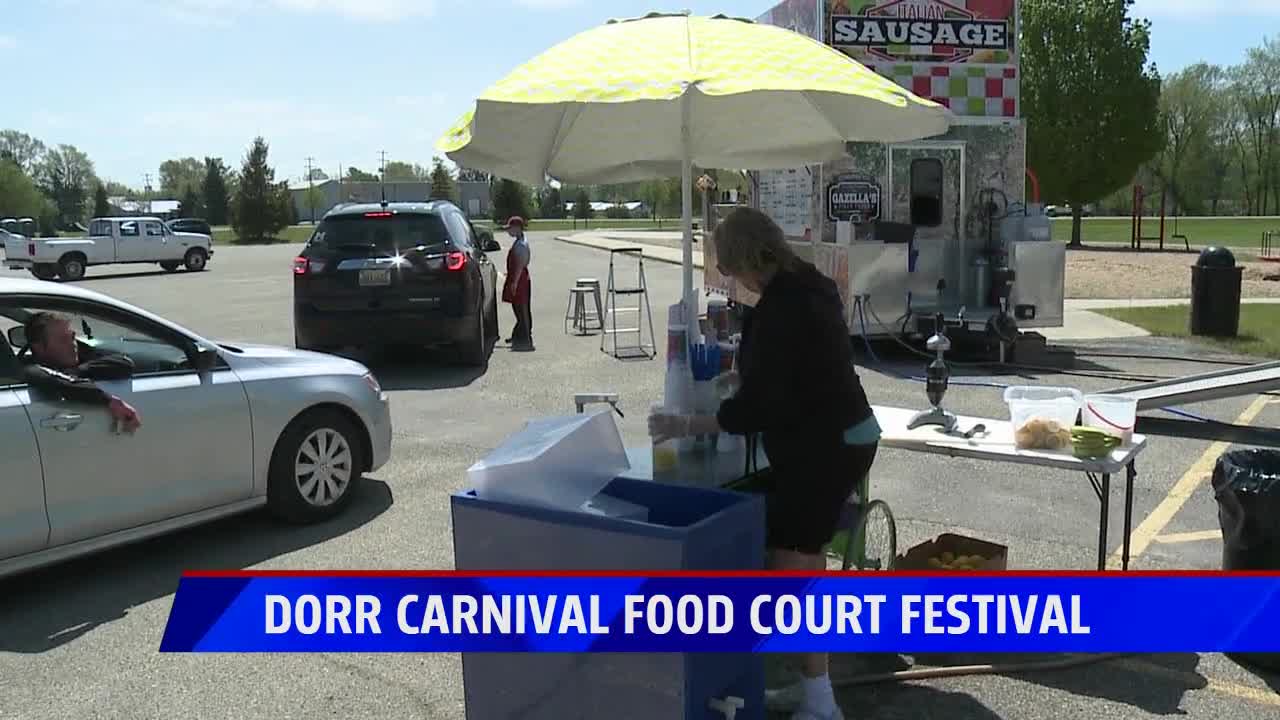 Carnival food vendors get out for the first time in 2020.

DORR TOWNSHIP, Mich. — Dawn Kramer has been working with Native Amusements in Port Huron, Michigan for the past 30 years.

"This is what we do for a living, this is how we live," Kramer said.

Her and her coworkers have been bringing carnival food and rides to people all around the state of Michigan for decades.

"We enjoy doing it to see the smile on the kids' faces," she added, "we're heartbroken over this."

On Saturday afternoon, in the town of Dorr, Kramer was able to open up her food stands for the first time this year after being hit hard by this ongoing pandemic.

"It was a very big hit," she mentioned, "we should have been open for six weeks already but you know, we have God on our side, we'll be fine."

Kramer says seven of their scheduled festivals so far this year have been cancelled, making it tough on her and the entire inudustry.

"By the grace of God, we get to get out here and get some food going and it's not much, but we're hoping it can keep us going until the governor can open up our state."

Of course, the event is drive-thru only as the vendors take extreme precautions to ensure everyone's safety.

"We have hand sanitizers, wipes over there, we have gloves, masks, hats, aprons," she said, "we take it very seriously,"

Despite the pandemic, there was still a great turnout seeking all of the crowd favorites including Italian sausage, lemonade, and elephant ears.

"Just to be able to come out and help them with this," said customer Chuck DeBoer of Green Lake, "this is the time of the year when they make their money and they haven't been able to do that."

The vendors weren't only there to make money themselves, but also to raise proceeds for the Dorr Fourth of July Festival, which is currently still scheduled. Kramer is hoping that doesn't change.

Kramer and the rest of the vendors will be at the North Park in Dorr once again on Sunday from Noon until 8 P.M., rain or shine.