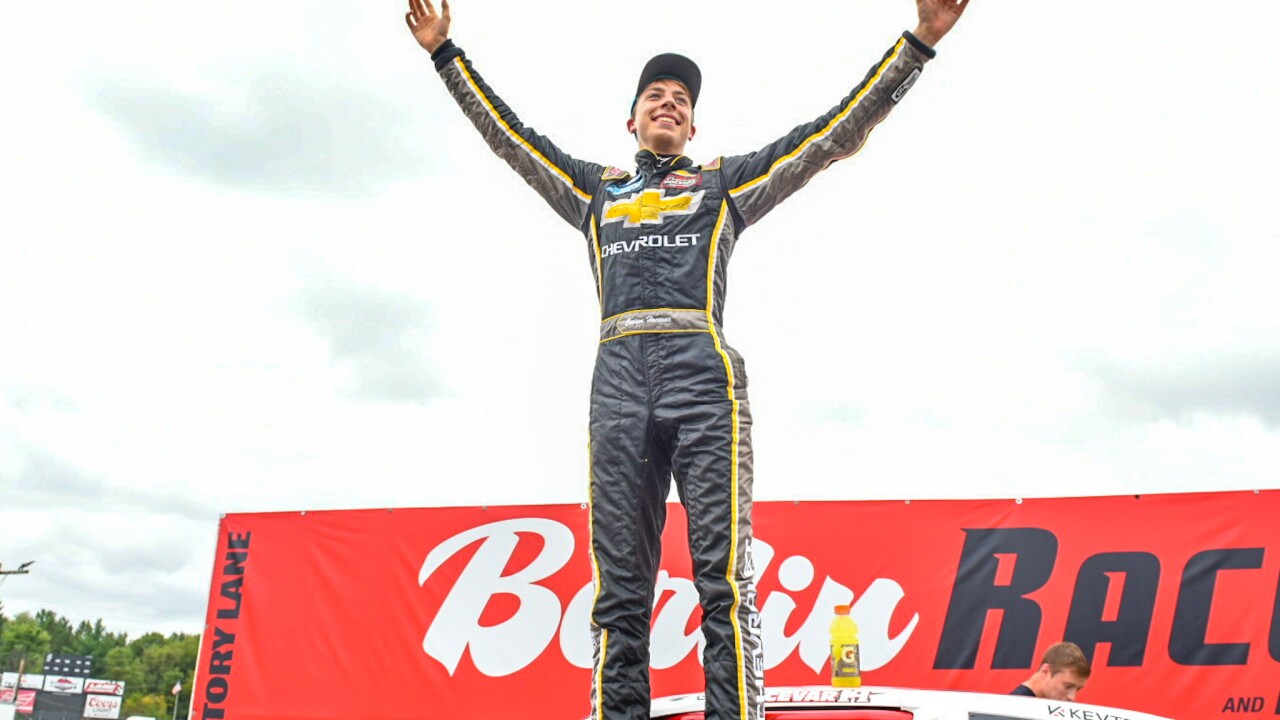 On Sunday, Hocevar won the fourth annual 'Money in the Bank' at Berlin Raceway, a 150-lap race that was postponed from Saturday due to rain.

The victory is Hocevar's fourth of 2020 which includes two ARCA CRA Super Series triumphs in Missouri as well as the important Redbud 400 in Indiana.

"I finally got one of these crown jewels here," said Hocevar, who is a former track champion at Berlin, "I would have loved to have made it a little more exciting but it makes our jobs a lot easier."

17-year-old racing prodigy took the lead at lap-17 and never looked back, taking the checkered flag in front of a socially distanced and COVID-19 capacity crowd of nearly 1,600 fans.

"I know it's not sold out, but it is sold out at capacity and it's awesome to see," Hocevar added.

The field began with 28 of the top drivers from all around the United States, hoping to bring home the $10,000 check. Hocevar would cross the finish line as one of 13 cars on the track, 1.94 seconds ahead of second place Travis Braden.

Hocevar is in the middle of breaking into the NASCAR Truck Series as well, as he gets set to compete at Bristol Motor Speedway on Thursday, Sept. 17.

*Kevtron Media contributed to this article.