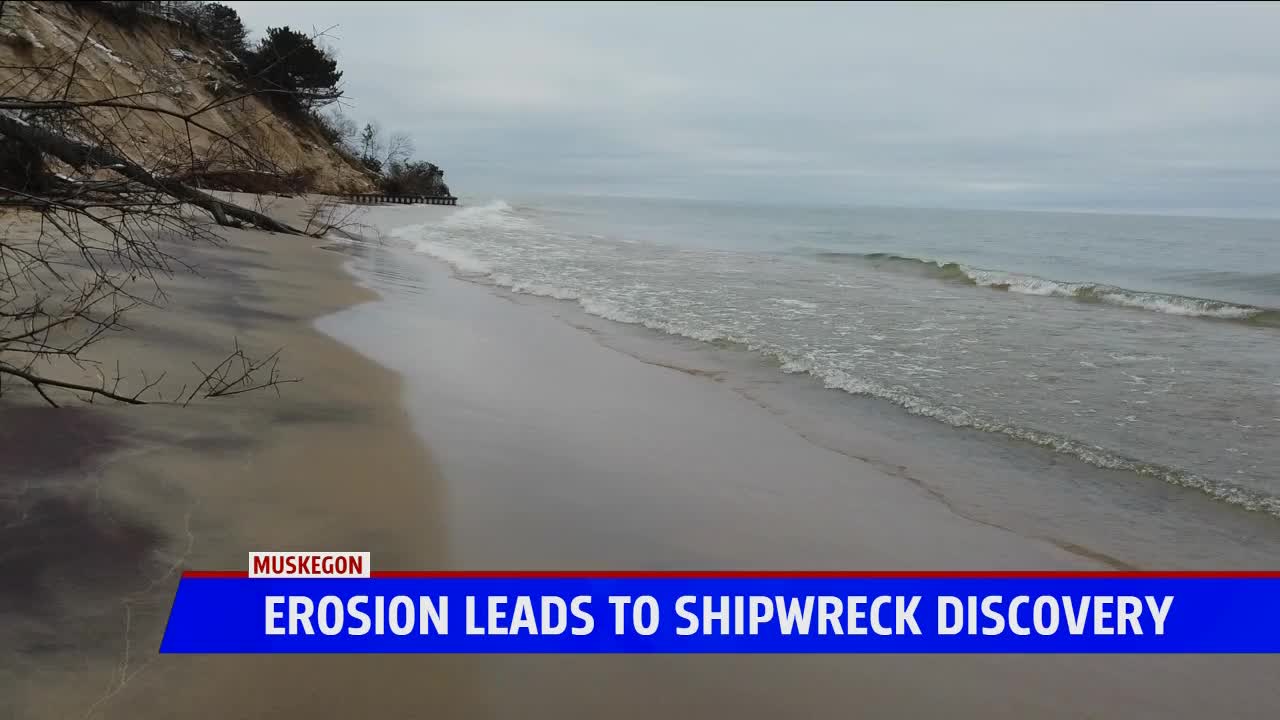 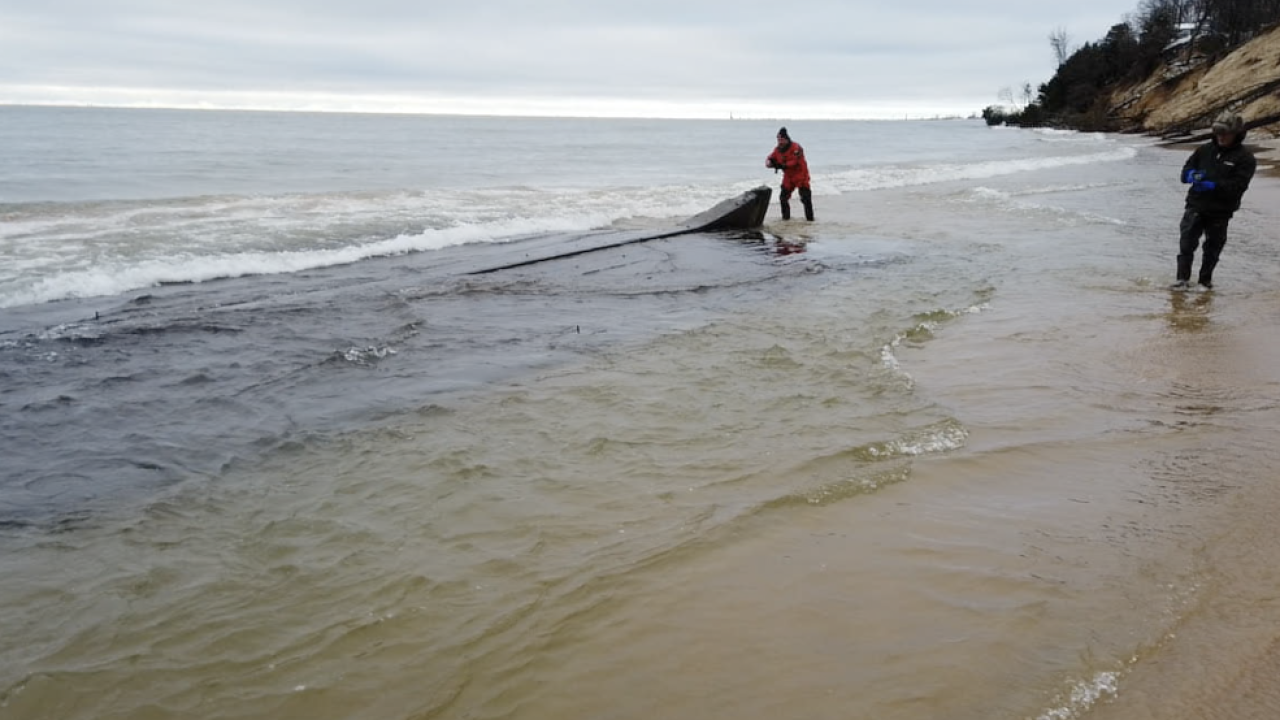 MUSKEGON, Mich. — The erosion on the lake shore in Muskegon has reviled the remains of an old ship.

But getting out there is no easy task.

You enter Kruse Park, make a left, and about a half -mile down, you'll find the site. You have to take that route from the public beach access point to avoid trespassing on private property.

John Hanson with the West Michigan Underwater Preserve escorted FOX 17 down to the site Monday afternoon. You have to walk through water that is at some points waist deep.

Hanson says he suspects it could be an old barge from 1936.

“Back in 1936, a steam crane was being towed from Muskegon to Grand Haven,” Hanson said.

That ship started taking on water. When the Coast Guard tried to save the boat, they pulled it apart in the process.

The boat and steam crane sunk. Over the years, the steam crane has been found multiple times. Hanson thinks this is the boat that was hauling it.

“It is almost exactly in shore from where the steam crane is,” Hanson said.

It's a marvel that won't be along for long, as sand and snow come to cover it up.

For Hanson, it's all a part of the process.