MSP: State of emergency for erosion not needed yet 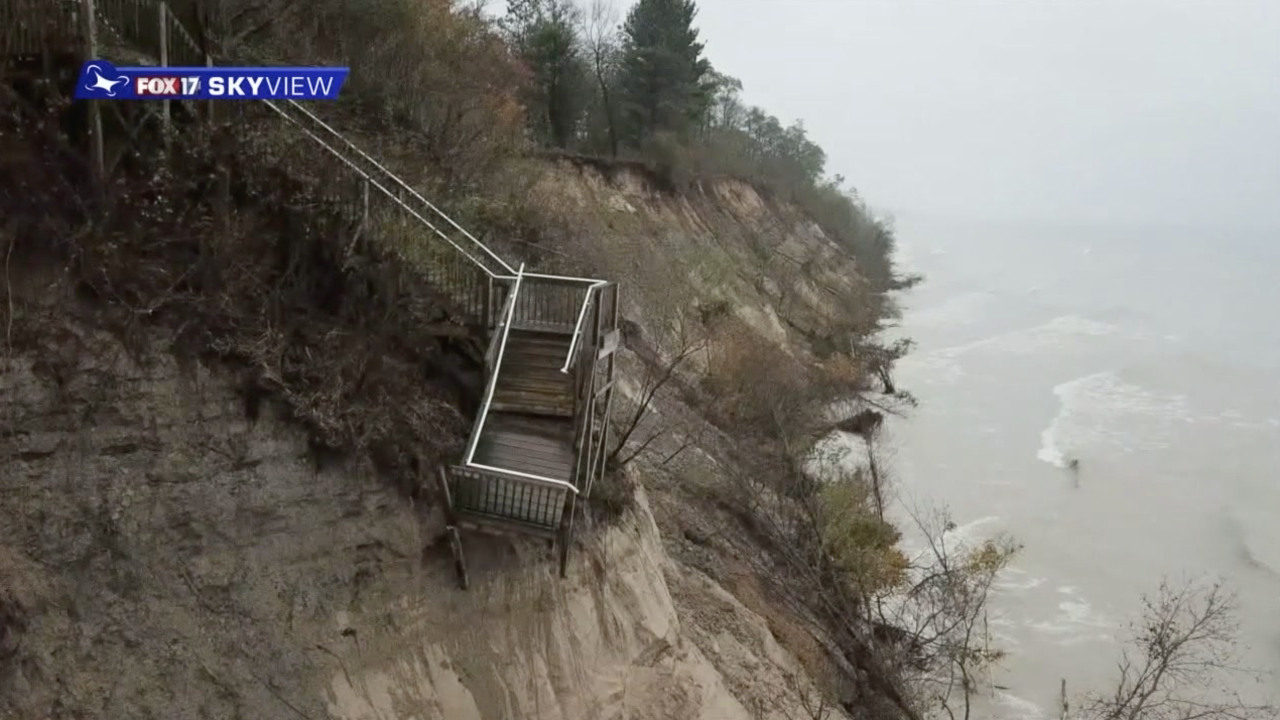 Copyright 2019 Scripps Media, Inc. All rights reserved. This material may not be published, broadcast, rewritten, or redistributed.
FOX 17
Current shoreline erosion along Lake Michigan is the worst the area has seen in 30 years. 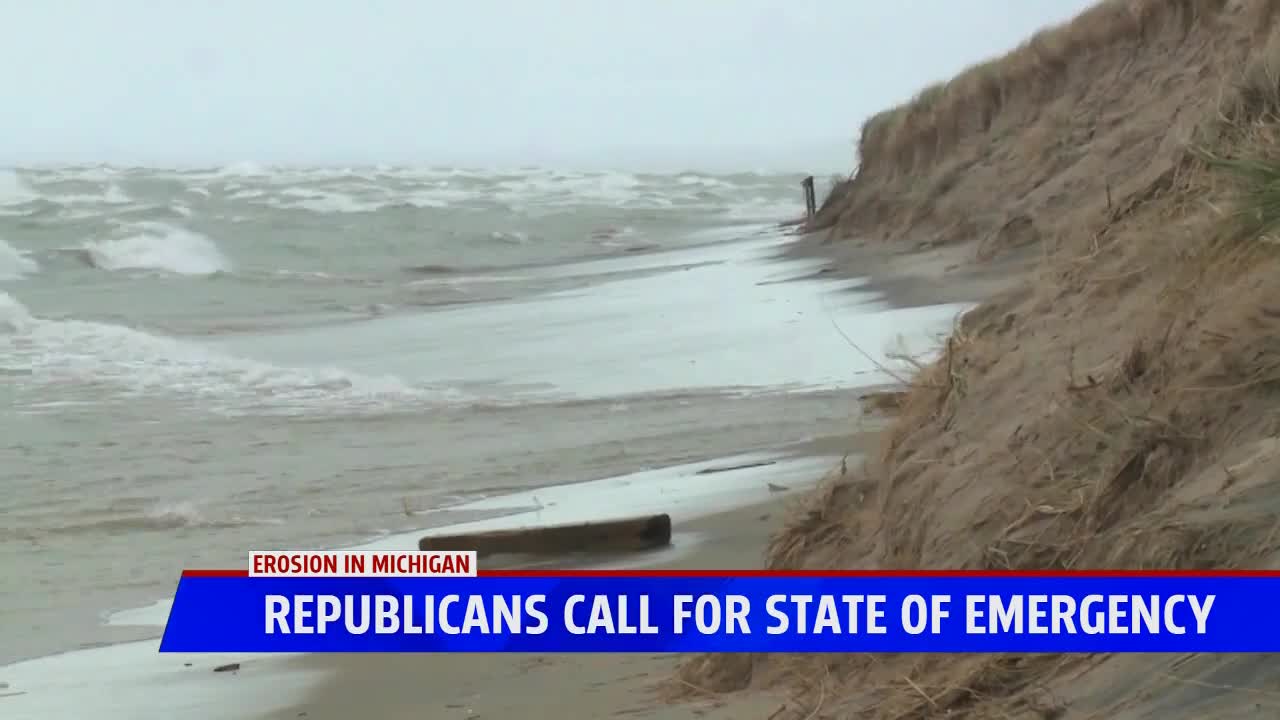 In the past week, two letters have been sent to Gov. Gretchen Whitmer by mostly Republican lawmakers, asking her to declare a state of emergency over shoreline erosion.

In response to FOX 17's request for comment, the governor's office deferred to Michigan State Police.

Local resources must be exhausted before a declaration of an emergency is made. According to Dale George, a public information officer for Michigan State Police Emergency Management and Homeland Security Division, that hasn't happened yet.

“I can’t really speak to where (these letters are) coming from," George said. "I mean, I don’t know if they are familiar with the emergency management process or how the declaration process works or not, but I think a lot of it may have to do with, you want to be sure that the governor’s office is aware of this issue and that it’s being talked about.”

“I understand where state police are coming from on that component but I’m looking for, this issue is only going to get worse, so as they made that statement, that is at this given time," Victory said. "We’ve seen record rainfall this fall. The entire hydraulics in the state of Michigan are at saturation point and I hate to say it, but the lake levels are only going to go up.”

George said while state police have assisted some areas, none of the requests were enough to trigger an emergency declaration.

"They have requested some aviation support and that’s just used for mapping, but that’s something that Michigan State Police would supply at any time," George said. "We’ve mapped some shoreline in a few counties along the west coast and we’ve had our mapping units put maps together to assist those counties just to identify those areas where erosion is an issue.”

George said officials are also in "constant contact" with the National Weather Service.

The letter signed by six Republican state senators acknowledges the work done by the Department of Environment, Great Lakes and Energy to expedite the permitting process and to reduce regulatory hurdles, but said more needs to be done.

"Much of the damage has already been done, and our constituents are now left to literally pick up the pieces of what was once their homes, businesses and infrastructure," the letter said.

Victory said he was encouraged to learn about funding approved by the U.S. House on Tuesday to address shoreline erosion.

"The Huizenga Amendment" creates the "Living Shoreline Grant Program" and will provide $50 million per year to preserve shorelines across the country. The amendment requires at least 10% of that funding to go toward projects on the Great Lakes.

“We know the importance of the Great Lakes system overall, both to the economy and the ecology of Michigan," U.S. Rep. Bill Huizenga, R-Zeeland, said. "And what my amendment is attempting to do is recognizing that importance by making sure that as we are looking at ways to preserve lake shore around the country, that the Great Lakes gets its fair share.”

Huizenga said he remembers the severe erosion that occured in West Michigan during the 1980s.

“Certainly that was a devastating time for a lot of folks and you know, seeing that come back and replay itself is certainly concerning," Huizenga said.

The legislation is on its way to the U.S. Senate in a package of other bills, where its future is uncertain.

“We’re hopeful that as we talk with our senators as well, and not just Michigan but around the Great Lakes, that there’s broad appeal, bipartisan appeal and we’re hopeful that they’re gonna be able to make as forceful a pitch to their colleagues in the Senate as we were able to in the House," Huizenga said.

Victory said he appreciates the interest Whitmer has expressed with this issue and invites her to come to the lake shore to see the erosion damage in person.