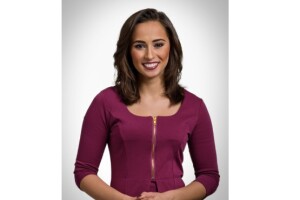 Ahtra was born and raised in Green Bay, Wisconsin where she cheered on the Green Bay Packers since birth. She attended high school at Interlochen Arts Academy as a theatre major and is happy to return to Michigan! Ahtra earned her bachelor’s degree in journalism from the University of Minnesota Twin Cities.

Ahtra previously worked at KDLT in Sioux Falls, South Dakota as a morning anchor. She’s thrilled to be part of the FOX 17 family as a weekend evening anchor and reporter.

In addition to news, Ahtra’s greatest passion is politics. In her spare time, she enjoys watching old presidential debates and reading political memoirs. When Ahtra isn’t in the newsroom or on assignment, she also enjoys cooking and hot yoga!