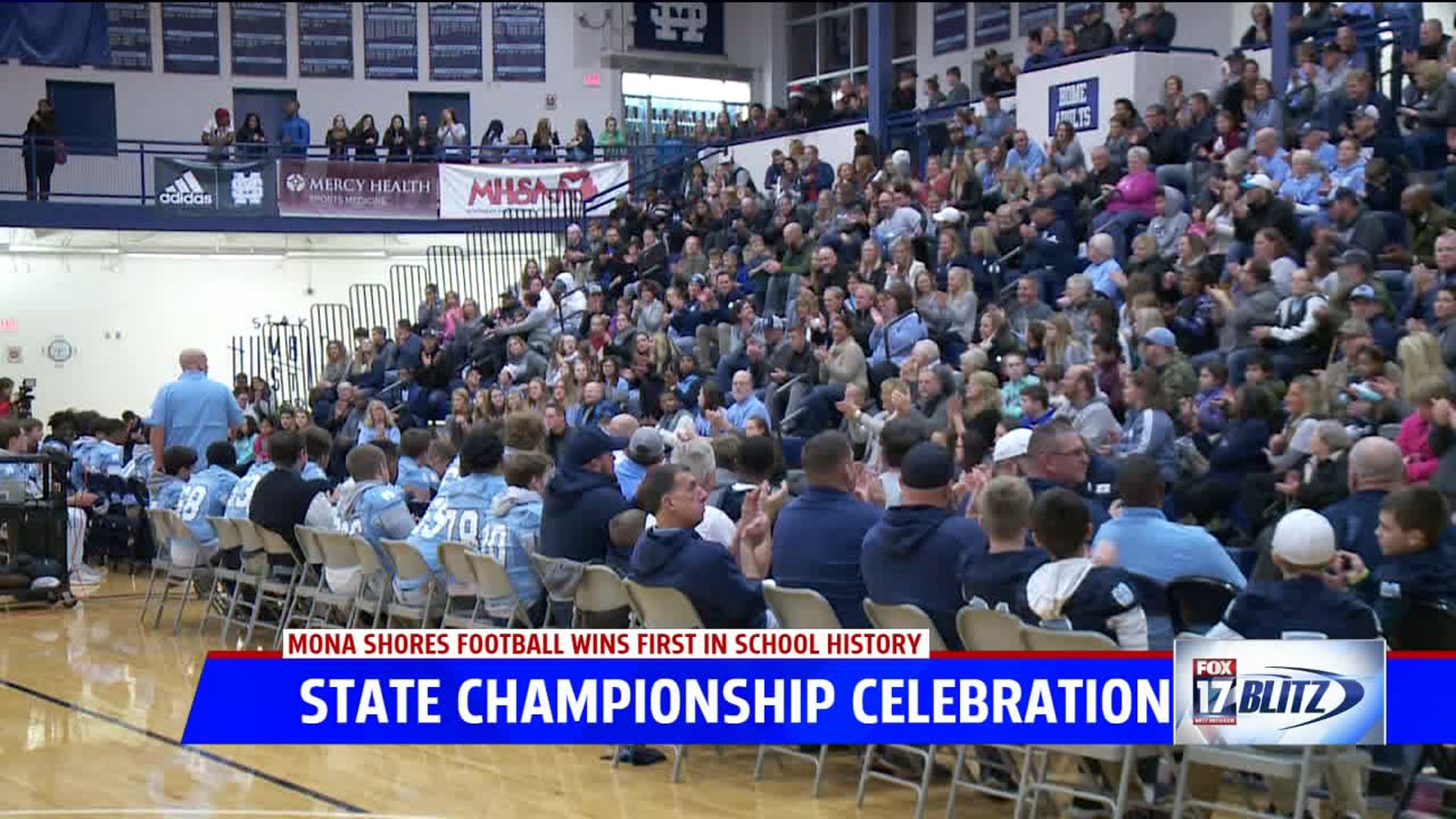 NORTON SHORES, Mich. -- It was a great turnout at Mona Shores high school on Sunday night as the Sailors celebrated their first state championship.

Head coach Matt Koziak still doesn't think the feeling has set in from Friday night's 35-26 win over Detroit King in the state championship.

"I still don't know," Koziak laughed, "I feel just like I did after Friday, I haven't stopped smiling. It's been an unbelievable ride and to see our community come out and celebrate with the boys it's been very special."

The Sailor community had come together both in 2014 and 2018 to celebrate state runner-up teams but this has an entirely new meaning.

For seniors like Bustard and running back Tre'Shawn Hatcher, Sunday night meant one last moment with those that have supported them for four years.

"It's so nice to see a group of fellow people in the community come in to support our football team," Hatcher smiled, "it says a lot about Shores and who we are."

Junior Brady Rose stepped up in the state championship game in the place of injured quarterback, Caden Broersma.

"It shows how much this meant to the community," Rose said, "it means a lot to us just to see them here for us."

The Sailors didn't have a playoff appearance until 2013, in Matt Koziak's third season as head coach. Now, they've been to three state championships and finally get to hoist the big trophy.

"I played here and I know the frustration of not making the playoffs until 2013," Koziak, a 1994 Mona Shores graduate, said. "We finally got to Ford Field but didn't win it so these boys did it for everyone that wanted that for so long."