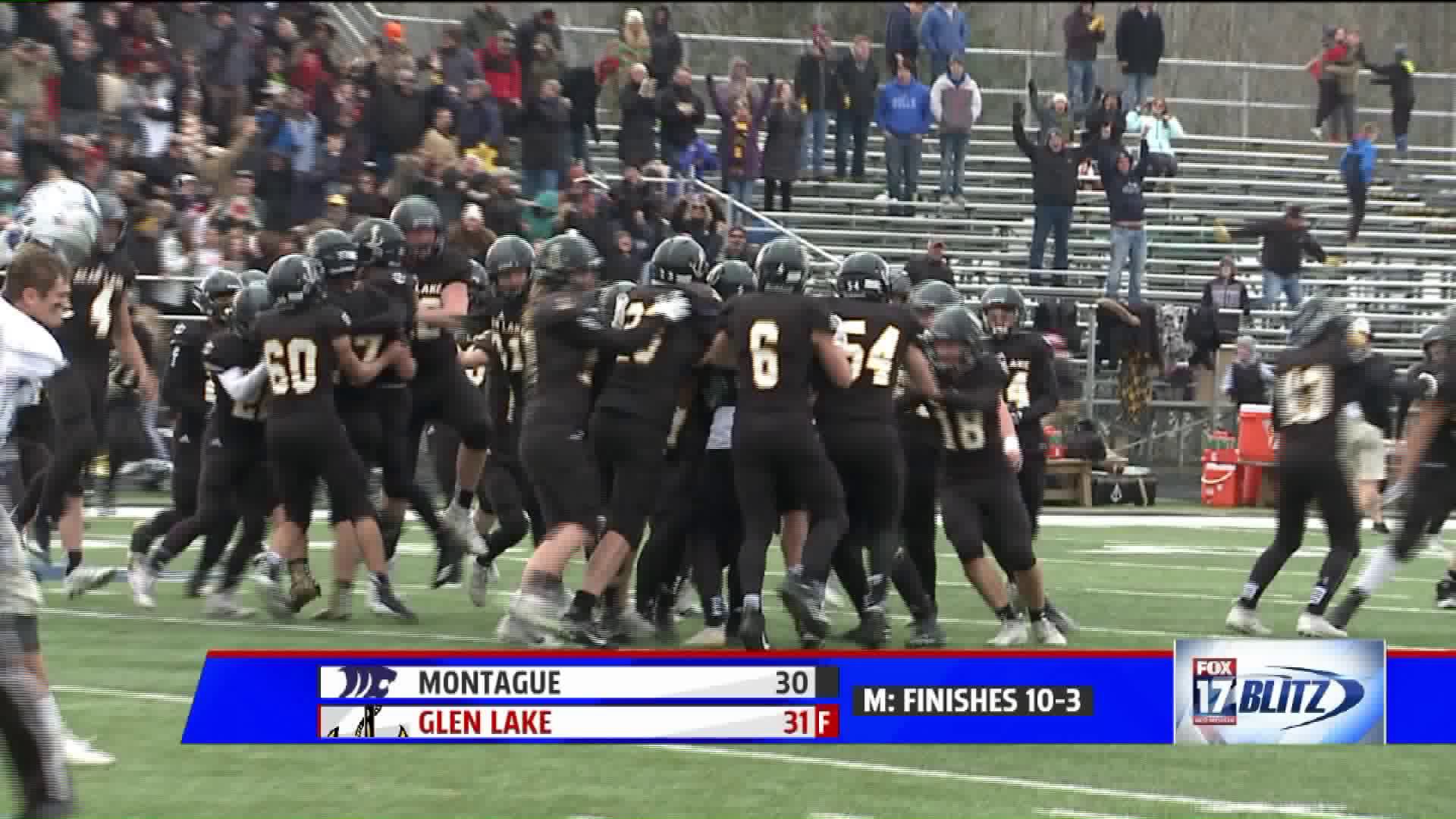 CLARE, Mich. -- Montague took a 24-10 in the second half against Glen Lake but the Wildcats were unable to put the game on ice late in the fourth quarter. A 15-yard touchdown pass from Glen Lake quarterback Reece Hazelton to Finn Hogan on the last play of regulation would send it to overtime at 24-24.

The Wildcats would get the ball first in overtime and Drew Collins would find the endzone on a five-yard touchdown run to make it 30-24 Montague. The extra point would be no good to keep it a six point game.

Glen Lake would capitalize however, on fourth-and-goal from the five-yard line Hazelton would find Brett Peterson to tie it at 30-30. After a successful extra point, Glen Lake would advance, 31-30 the final as Montague's season ends in heartbreaking fashion in the Division 6 state semifinals.