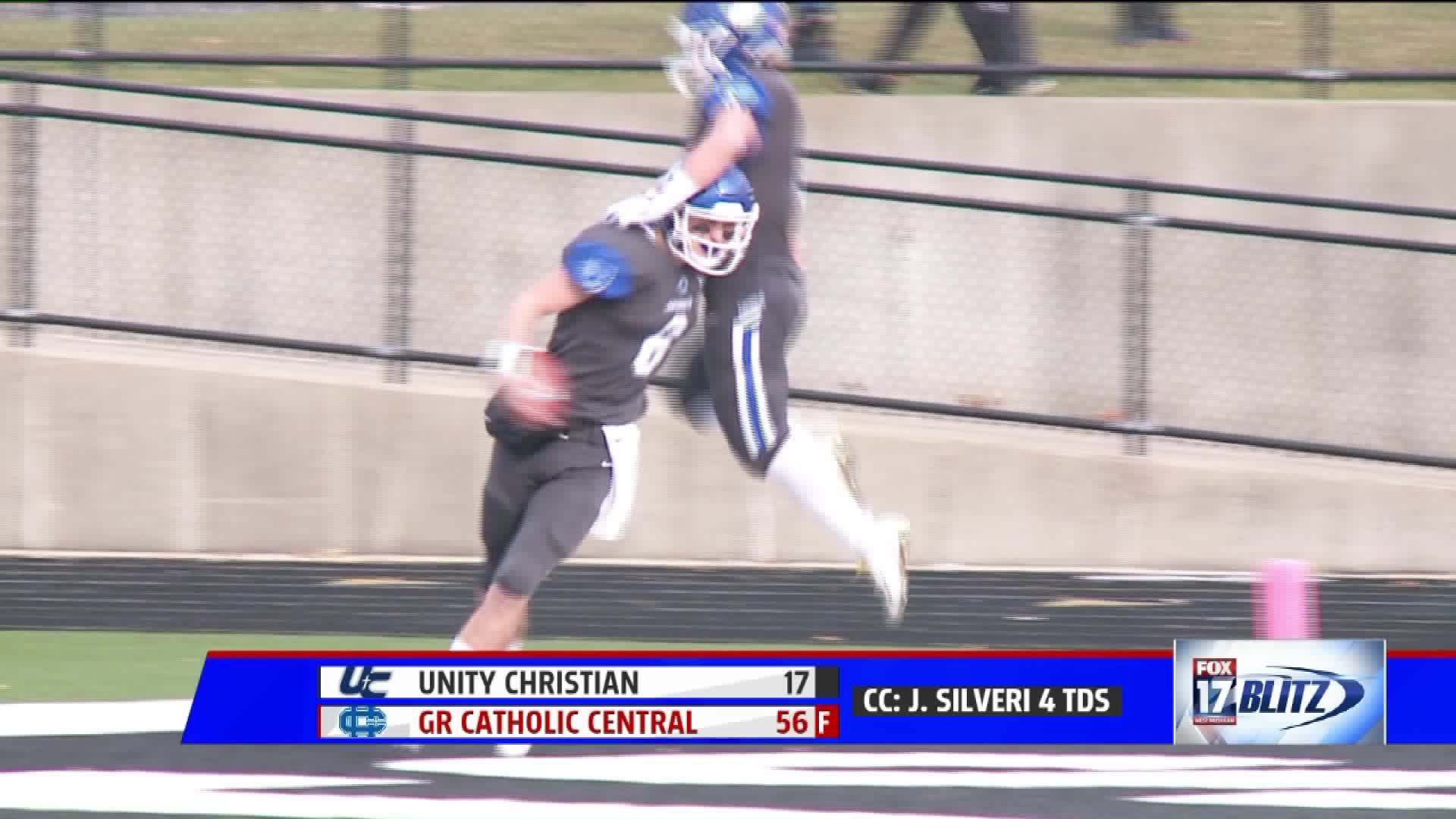 CC forced a fumble on the Crusaders first drive of the game and Nick Hollern scored a few plays later on a 1-yard TD run for a 7-0 lead in the first quarter.

Just a coupe plays later, Cougars linebacker Matt Moore intercepted a pass and returned it 51-yards for a 14-0 lead.

"I saw the guy going out and I had to get out in the flat and saw the quarterback release the ball and I just went after it I just took it all the way down," Moore said. "Biggest play sets the tone for our defense and rest of the game so we can get going, it's a good start."

"Matt Moore is as good as it gets this is his fourth year on the varsity he has won 50 games as a varsity football player," head coach Todd Kolster said. "It was really great to see him get in the end zone."

Unity Christian's Grant Balcer kicked a 48-yard field goal on the final play of the second quarter to cut the deficit to 28-10 at the break.

The Crusaders fumbled on the opening drive of the third quarter which once again led to Hollern one-yard score for a 35-10 lead.

"It means everything," Silveri said. You dream about it but it doesn't always seem real and once it happens it is just an amazing feeling right now."

The Cougars will play Detroit Country Day in the division four state championship Friday at 7:30 p.m. at Ford Field.